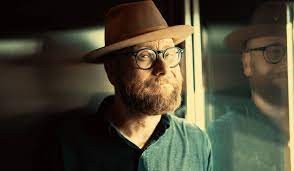 I left my apartment and put on Soul Coughing’s “Casiotone Nation.” The feverish double bass line pulsed as I looked both ways for cars and buttoned my coat. I was no longer going to a show. I was in a noir, or at least the Oliver Stone version of a noir. The image of me playing chicken with cars on both sides as I j-walk to the T stop could have easily been another incoherent scene out of “Natural Born Killers.” Those blaring moments when the synthesizer and the bass synced up echoed this feeling, as did lyrics like “the five perfect nation of nipple clamps.” It’s the kind of song that fits the other side of the coin created by the Cowboy Junkies cover of “Sweet Jane.” That late twentieth century madness oozes from both.

Soul Coughing broke up in 2000. “At last. At last. At last,” frontman Mike Doughty later wrote in his first memoir “The Book of Drugs.” He didn’t get along with his bandmates from the start. Yuval Gabay, Sebastian Steinberg, and Mark Degli Antoni, the other members of Soul Coughing, were all trained, experienced, New York jazz musicians. Doughty’s skills laid more in his poetry. They didn’t let him forget it. The band was popular, with multiple singles reaching the alternative charts, but it wasn’t enough.

“Deep slacker jazz” was over. Doughty grabbed an acoustic guitar and went solo. At first, he relied on his shows to physically sell his CDs to fans, but he really solidified himself when Dave Matthews signed him to ATO Records in the mid 2000s. It took years for Doughty to revisit his Soul Coughing material, but he slowly began incorporating his old songs into his new, very alternative and intimate sound.

When I entered City Winery that night, I wondered if the side of the venue I sat in would matter. With guitar players, you have to pick your side of the room the same way you pick a batter to send out in baseball. If it’s a right-handed guitar player then you want to sit to the left, just as a right-handed pitcher would ideally be met with a left-handed batter, or as C. Montgomery Burns calls it, “playing the percentages.” This is because guitars are held diagonally, so only one side of the venue will really get a good look at what’s going on on the fretboard. I wondered if this mattered. I was seeing a man who was once treated by his band mates as the instrumental laughing stock of Soul Coughing.

They sat me on the left. Doughty is right handed, so I would get a good look at his guitar work. An acoustic guitarist from Lowell opened the show. His name was Eric Marcs, also right handed. I looked him up on Spotify and he had 65 monthly listeners and had just released a live album of mostly covers. He played six songs. I think they were all originals. None of the tunes particularly struck me, but they were all solid. He played in time and sang well and didn’t miss a note on his guitar. He was funny and charming. I sat there and waited for something amazing to happen, and it didn’t, but I still feel like it could have. After he played his song “Perhaps I Was A Pirate,” I wrote down what he said next.

“I’ve literally had dreams about playing that song in this room,” Marcs said.

“You did very well,” someone from the audience replied.

Mike Doughty walked onto the stage wearing all black like a true New York City beatnik. He sat down, and picked up a tan Fender telecaster with a red sticker by the bridge that said “hell yeah.” It sounded like the guitar was in an alternate tuning. His low E string was tuned so far down that when he struck it the vibrations scraped against the fretboard. He opened with a song from his solo career, “Looking At the World from the Bottom of a Well,” then revisited one of the most popular Soul Coughing tunes, “Circles.”

Doughty joked throughout the night, and, mostly, the butt of the joke was the idea that we were all sitting there and watching him play guitar on a stage. Later on in the set he said, “This is going to be the song before the fake last song.” He explained the idea of an encore like it was a totally new thing. He played the two songs, said “thank you very much and good night,” turned his back to the audience, waited, then picked up his guitar again.

“Sorry about the fake-out ending there,” he said, almost sheepishly.

He played well. His guitar style is similar to Bob Dylan’s in that he mostly strums but occasionally picks single notes, usually ones with melodic importance. Doughty is sparser than Dylan, but I think that works for the rugged simplicity of Doughty’s songs. It also gives a sense of two clear voices making up each song, Doughty’s voice and the guitar’s, instead of a lead and rhythm relationship. He played in time too. I checked every so often and he was rock solid, save for some false starts and a few times where he stumbled in complex sections, and even then he recovered quickly.

I noticed as the set went on that every song was starting to sound like “Super Bon Bon.” I don’t think this is a bad thing. Every artist has a sound, some are just more specific than others. People who saw James Brown play expected and received a certain sound. The same is true, I think, for Doughty. His sound is hard to pin down, but I’ve always thought of him as the New York version of Morphine’s Mark Sandman, replacing the gutsy, working-man’s blues roots with an art school, lower Manhattan jazz club feel, and lyrics like “Jesus to my left, the Holland Tunnel on my right.” Musically, I noticed Doughty has a tendency to throw the important notes on the and of three and the and of four in a lot of his songs. One and two and three AND four AND. A horse, a horse, my KINGdom FOR. It’s punchy, in a weird way, and don’t expect anything else.

City Winery may be the perfect venue to see Mike Doughty solo. They’re lucky with the sound of that room. The vocal reverb was crisp and the frequencies were well balanced. I suppose I could have used a little more bass because of the gravelliness of Doughty’s voice, but I’m not sure if this is a nitpick or just a personal preference. His amplifier came out clean and just as crisp as the vocals, but with enough of a punch that I’m sure the thing runs on vacuum tubes. And everyone was quiet and respectful. The MC announced before the show that this was a space for listening, and that’s really how it felt. If Mike Doughty had played at the Paradise Rock Club, this would be a very different review.

Doughty played 21 songs, did his fake encore bit, played two more songs, thanked the audience, and left. I was satisfied. He probably won’t ever be as popular as he was with Soul Coughing, but that might not be a bad thing for Doughty’s artistry. His ego doesn’t really appear in his songs or his banter, and that night it didn’t have to. He wasn’t leading a band, he didn’t have to compete with anyone, he didn’t have to be complex. He just had to try and he did.