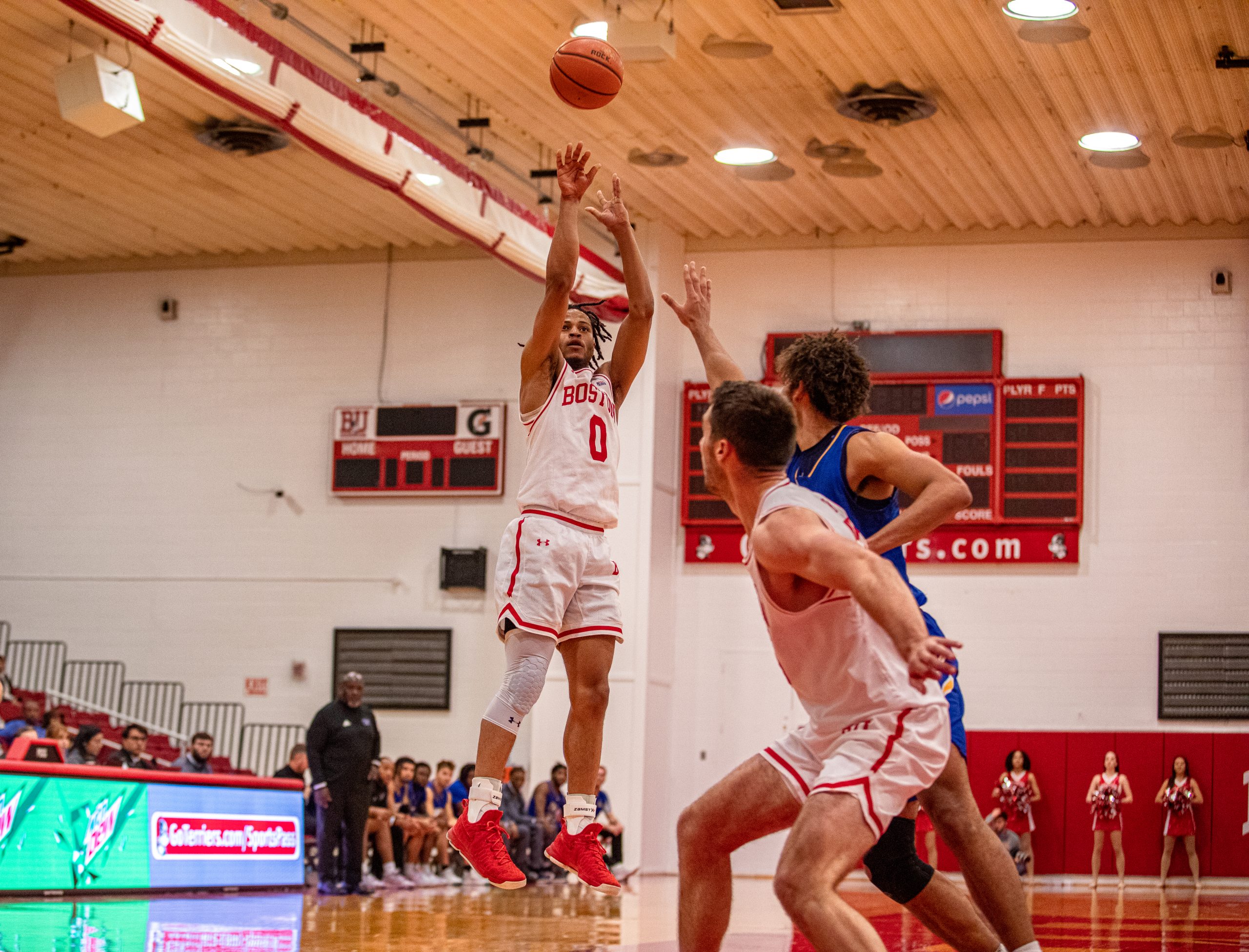 Despite a dominant second-half performance, Boston University Men’s Basketball (4-2) lost to the Southeast Missouri State Redhawks (5-1) in the Cream City Classic at the Klotsche Center in Milwaukee, Wisconsin by a final score of 63-52.

The Terriers looked slow and sluggish coming out of the gates. They trailed the Redhawks in every team statistic at the end of the first half, losing the assists battle 7-4 and recorded zero blocks to SEMO’s six.

BU had made only six of its 27 first half field goal attempts, and were only 2-for-11 from behind the 3-point line.

“I think if you asked anybody in our program,” BU assistant coach Mike Quinn said. “They would say that was a bad half…in regards to rebounding defensively (and) offensively.”

The Terriers did not have an easy battle at the glass. Quinn praised SEMO’s strong rebounding ability while acknowledging that Boston needed to do better at preventing the Redhawks from getting boards.

“I think the biggest thing of the game was rebounding,” Quinn said. “They out-rebounded (us). We knew they were a good rebounding team, (and) we allowed them to do that. So, certain things we need to improve upon.”

The second half provided a much-needed chance for the Terriers to regroup and make up for their lackluster first half. They took that opportunity, scoring 34 points in the second half to bring the game within five points on multiple occasions. Quinn credits this 34-point surge to a variety of different aspects, but primarily a strong rebounding performance, especially when compared to the first half.

Improved transition offense contributed to plenty of BU’s second half points. Multiple Terriers were able to score off of fast breaks, and it helped many of them turn mediocre first half performances into stunning second halves.

The most noticeable transition between first half to second half came from Harper. Plenty of his points came in transition, but Quinn believes he impacts the game in many more ways.

“(Harper) just continues to play…and focus on the next play, especially on the defensive end,” Quinn said. “He always stays really locked in there. He made some big plays for us.”

BU’s strong second half led to a very close game near its end. With just over one minute left to play, the Terriers found themselves only behind by four points, but a shooting foul from graduate wing Fletcher Tynen sparked a SEMO run that sealed the game for the Redhawks. Even though the game ended in a loss, Quinn had several positive takeaways from today’s game, especially BU’s second-half defense.

“In the second half, we certainly played with more energy defensively,” Quinn said. “Some guys really worked and took on the challenge to help spark us, communicate better, and get us more connected on the defensive end.”

The Terriers will continue playing in the Cream City Classic Sunday at 4 p.m., where they will face Milwaukee at the Klotsche Center.