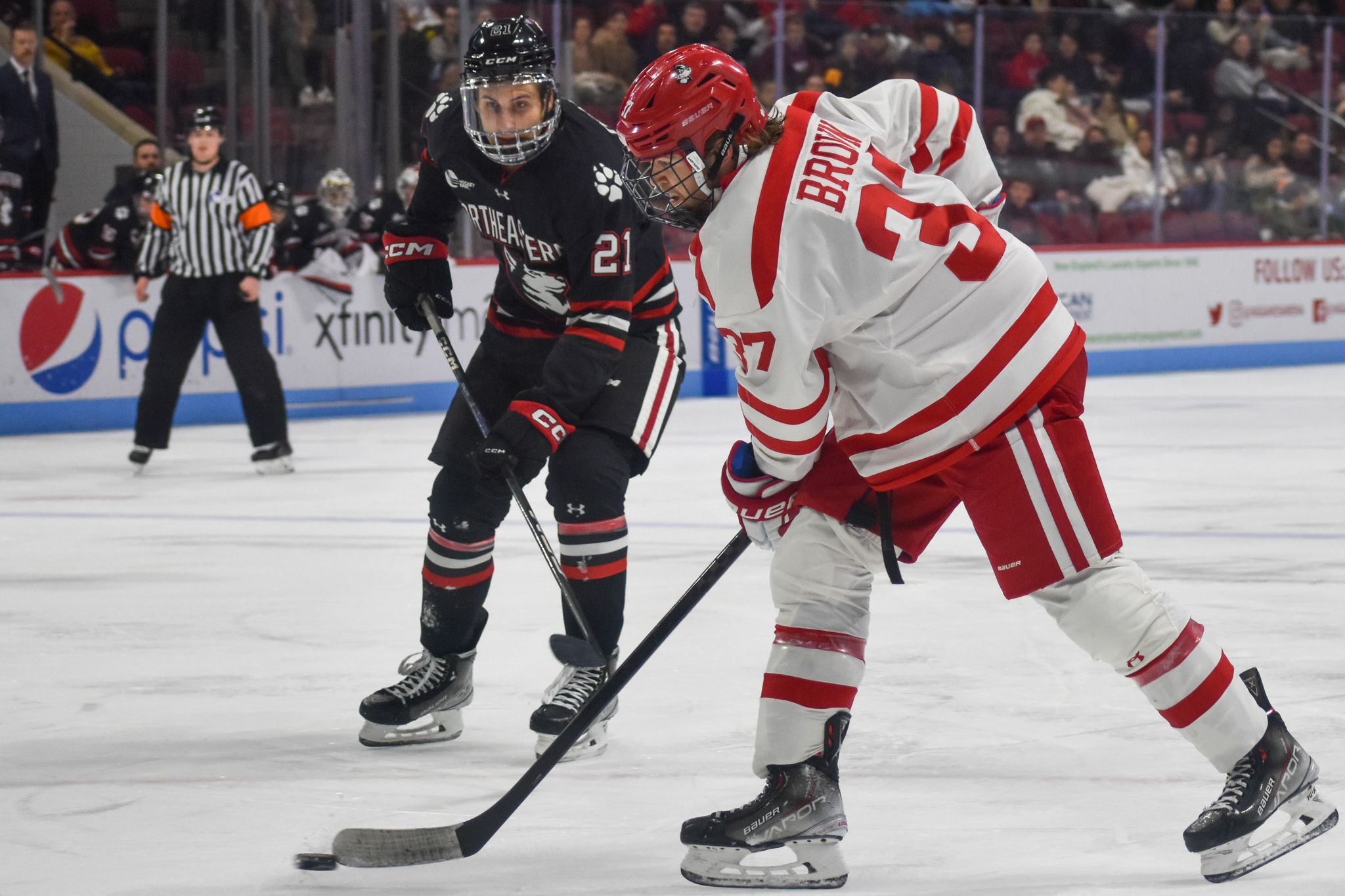 Freshman defenseman Lane Hudson scored two goals in BU’s victory over Notre Dame on Wednesday, and senior forward Matt Brown had a three-point night with one goal and two assists. Brown leads the Terriers in goals (7), assists (10) and points (17) this season. In total, 10 Terriers recorded a point in BU’s win.

Junior goaltender Drew Commesso stopped 26 of 28 shots, improving to 6-2-0 on the season. Commesso also owns a .949 save percentage at Agganis Arena this season.

For the U-18s, they enter this weekend’s matchup with a 9-3-0 record, good for third in the Eastern Conference of the United States Hockey League. In their most recent matchup, the U-18s took down the Youngstown Phantoms 4-1 on Nov. 23.

Two U-18 players will join the Terriers next season: defenseman Kai Janviriya and goaltender Michael Chambre. This season for the US National Team Development Program Juniors, Janviriya has one goal and two assists for three points in six games, while Chambre is 1-1-0 in 3 games with a .859 save percentage and a 4.39 goals against average.

The game will take place at Agganis Arena Saturday, with puck drop scheduled for 2 p.m.