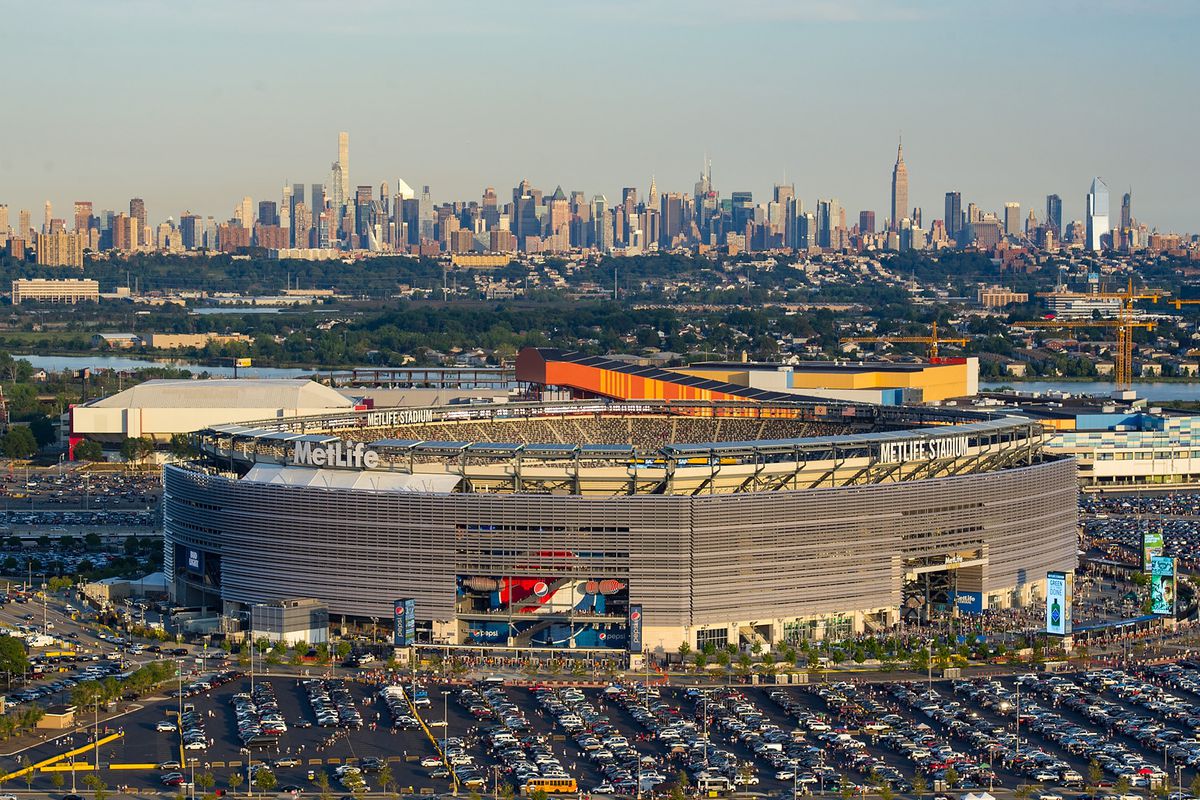 We’re in the heart of the NFL season – the “In the Hunt” graphic has appeared on Thursday Night Football, flex scheduling has begun and the NFL world is trying to parse which teams are legitimate contenders.

Two teams have had unprecedented turnarounds this season. Out of East Rutherford, New Jersey, the Giants and Jets found themselves at the bottom of their respective divisions last season, each boasting a bottom five record at 4-13. However, both teams began their 2022 campaign on the right foot – a fact that’s been harped on a lot.

However, in different ways, both teams suffered embarrassing defeats this past weekend. Despite their collective 13-7 record, could the New York duo come crashing down as the season comes to a close?

I had the pleasure of attending a thrilling 31-23 Buffalo Bills and Cleveland Browns game that was relocated to Ford Field, while constantly checking the score of the 31-18 Detroit Lions game. The jumbotron displayed scores around the league, and I saw the Jets and the New England Patriots knotted up at 3-3 deep in the fourth quarter. In that moment, I was grateful that I wasn’t subjected to watching such a dreadful game of football.

The game ended with a Marcus Jones punt return touchdown with 26 seconds left on the clock. An exciting ending by all means; however, every single point came from special teams in what was a dry display of offense.

In all honesty, this wasn’t a bad game for the Patriots – this is their brand of football. It’s defensive and it’s gritty. It’s not always the prettiest, but it gets the job done. Mac Jones only had four incompletions and threw for nearly 250 yards. The Patriots are far from the most exciting team in the league, but they are 6-4 and in the playoff picture.

The Jets, on the other hand, looked abysmal. They barely recorded 100 yards of offense and only notched six first downs. In the second half, the Jets had two yards of offense. When your total number of offensive yards has to be spelled out instead of put into numerals, it is never a good thing. Zach Wilson only completed nine passes for 77 yards.

Wilson could actually be the Jets’ downfall. Not because of his lack of gameplay, but because of his character. When asked if he felt that he let the defense down at all, his “no” was simple, yet deafening.

The defense held the Patriots to three points for a majority of that game. They did their job. Wilson and the offense, on the other hand, did not.

There were reports that Wilson’s teammates were upset with his arrogant demeanor after the game. Those kind of character issues can tank a team and ruin what appears to be a positive trend in culture. Thankfully, head coach Robert Saleh sees this, as he benched Wilson and made Mike White Sunday’s starter against the Chicago Bears.

After the game, a lot of Jets fans were upset about what could have been a missed block in the back on the punt return. In fairness to Jets fans, it was definitely a block in the back. But, it doesn’t matter if the penalty flag was called or not, there is a bigger problem endemic to New York that they need to solve if they want to become anything meaningful.

Their offense and accountability, or lack thereof for both, are going to hold them back from what could be a complete 180 of the team.

The Giants exposed for being one-dimensional

The Giants definitely feel different this year. They came into the weekend with a 7-2 record and have a Comeback Player of the Year candidate in Saquon Barkley. Barkley has the second-most rushing yards in the league with 953 and can take much of the credit for the team’s offensive success. The problem with relying on Barkley too heavily, however, was exposed on Sunday.

With winds whipping and snow swirling, Sunday’s game versus the Lions was bound to feature running prowess. This, especially, is because the Lions have one of the worst run defenses in the league, getting gashed by Bears quarterback Justin Fields for 147 yards just a week ago.

Yet, the Lions were able to game plan perfectly for the Giants. Barkley only recorded 22 yards on 15 attempts. This put the offensive pressure entirely on Daniel Jones’ shoulders.

Jones is a serviceable quarterback  – nothing more, nothing less. He has a simple job: Don’t mess up. No one expects him to make flashy plays, and everyone hopes he doesn’t compound his mistakes.

Jones had been doing a great job of that with 154 straight snaps without an interception dating back to Week 3 against the Dallas Cowboys. It was the longest active streak in the NFL, but it all came crashing down on Sunday. Rookie edge rusher Aidan Hutchinson dropped back into coverage for his second interception of the season in the second quarter, and rookie safety Kerby Joseph caught his third interception of the year in the third quarter. Add on a fumble recovery by Hutchinson in the fourth quarter, and the Lions’ defense was dominant in exposing the Giants’ one-dimensional offense.

The Lions are not a great team, but they are a gritty one, currently on a three-game win streak. This win against the Giants was because of their ability to game plan, and because of that, they left with a statement win.

Once better teams game plan in the same way, the Giants are going to find themselves struggling down the stretch and in the playoffs. The Giants need to get more creative with their play-calling and keep Jones from imploding when the weight inevitably falls to him.