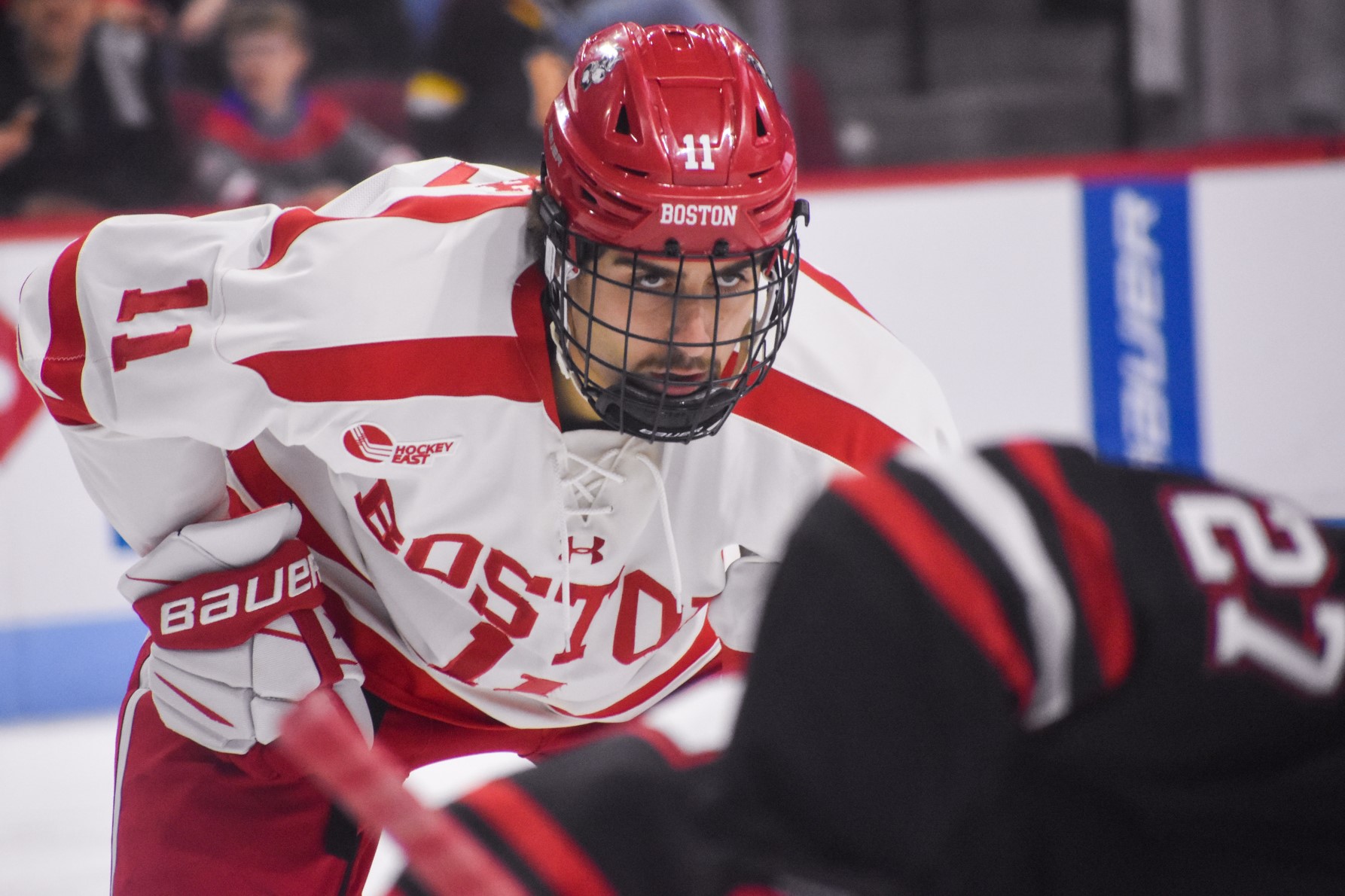 “Just a little shorter week than we’re used to, but I think it’d be good for our guys coming off this winning streak, and hopefully we’re ready to go,” BU Head Coach Jay Pandolfo said following BU’s overtime win against Northeastern on Saturday.

BU went 1-1-0 against No. 18/16 Northeastern in their most recent series, getting shut out at home 2-0 on Nov. 18 before winning 4-3 in overtime on Nov. 19. BU trailed by one goal on two separate occasions, but came back and prevailed after a thrilling overtime, which saw BU junior goaltender Drew Commesso and NU junior goaltender Devon Levi go back and forth with game-saving stops.

Commesso stopped 54/59 NU shots last weekend, putting together his best weekend performance of the season thus far. To date, Commesso owns a 5-2-0 record with a .913 save percentage and a 2.47 goals against average.

After scoring the overtime winner Saturday against NU, freshman defenseman Lane Hutson was named Hockey East Rookie of the Week for the second time this season. Hutson and freshman forward Ryan Greene are tied for second on the Terriers in points (12), trailing senior forward Matt Brown (14).

The game will take place at Agganis Arena Wednesday, with puck drop scheduled for 5 p.m. BU will be hosting a Food Drive Night.