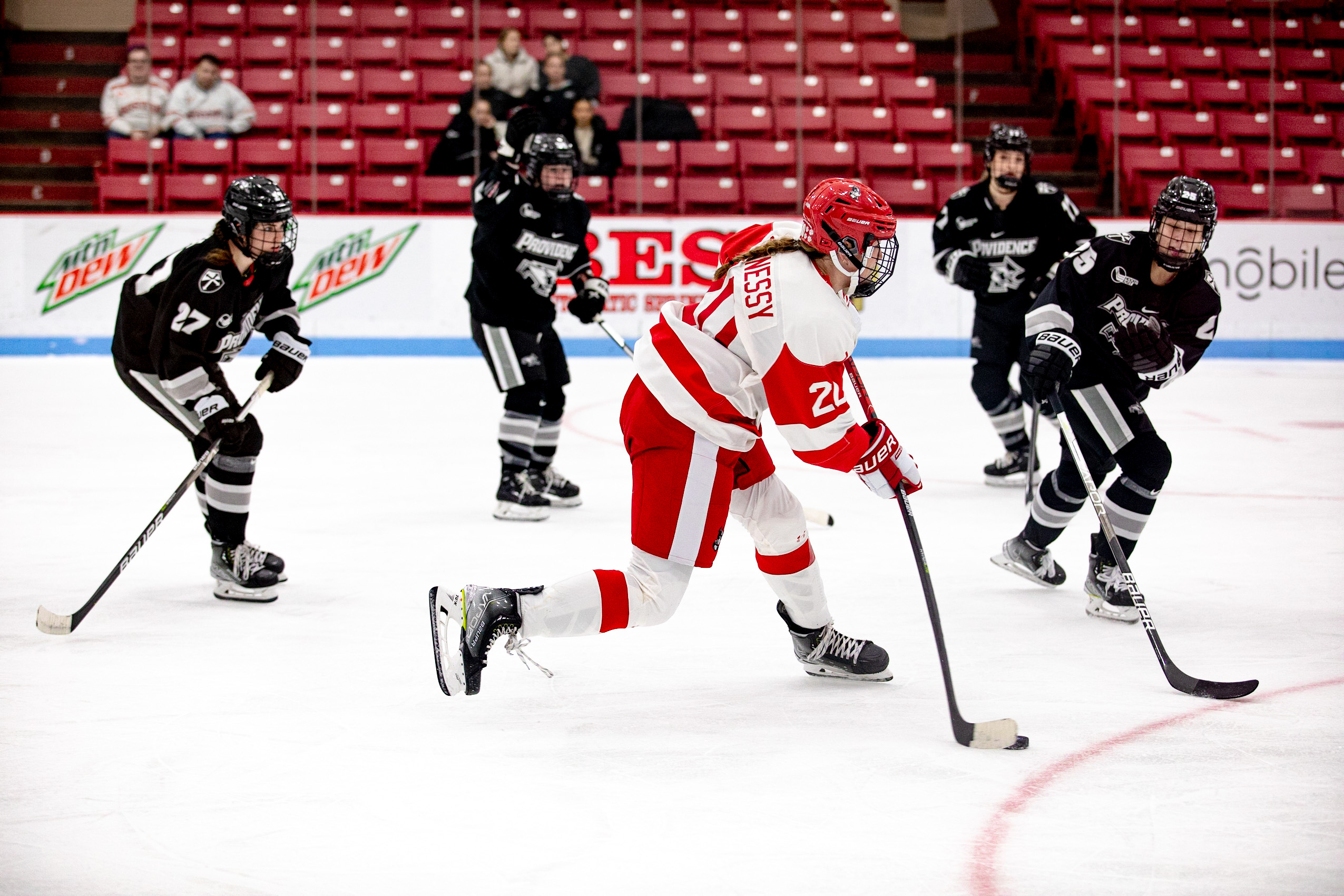 Throughout the regular season of any sport, certain games innately have more meaning. Boston University Hockey’s (6-8-0, 5-7-0 HE) weekend matchup against No. 12 University of Connecticut (10-6-2, 6-6-2 HE), the team that ended their season last year, seemed to have more meaning. The Terriers showed great resilience and swept the weekend series with a 5-2 victory.

After taking only two of the nine possible points in their season series with the Huskies last season, the Terriers gained six crucial points in the standings this weekend.

“It was probably as thorough a game as we have played this year,” BU Head Coach Brian Durocher said. “From start to finish, other than maybe one tactical error, we had jump in our legs and were skating really well. … UConn played really well last night, yet we found a way to sneak out of there with a win. But today, we made it much more of an ‘even-horse race’ and got some timely goals along the way.”

The game got off to a seemingly quiet start, giving UConn sophomore goalie Megan Warrener some time to settle into the game, as she was making her first start since Sept. 30.

Moments later in the first period, the action started to truly increase when UConn junior forward Kathryn Stockdale capitalized on a breakaway off a tough turnover in the neutral zone.

Just over 9:30 into the second period, captain Nadia Mattivi helped lead the way as she scored on the power play to give BU a 2-1 lead. Mattivi’s goal continued BU’s red-hot streak on the advantage in the past few games.

Coming into Saturday’s contest, UConn was second in the country on the penalty kill, having just over a 94% success rate this season. Despite UConn’s stout penalty killing, the Terriers proved their potency on the power play, scoring their ninth power play goal in the past nine games.

After their impressive power play, with a little under 8:30 remaining in the second period, UConn senior forward Kate Thurman went far-side to beat Terrier sophomore goaltender Callie Shanahan to tie the game at 2-2.

Just under two minutes later, junior defender Andi Calderone entered the offensive zone and passed it back to senior forward Haylee Blinkhorn, who scored with only 1:24 remaining in the second period.

In the last 20 minutes of the contest, Shanahan made multiple high-quality saves to keep BU’s one-goal lead intact, including a 10-bell save on Thurman with her right pad. Shanahan stopped all 11 shots she faced in the third period, including several on a 5-on-3 Husky advantage.

Blinkhorn scored her second goal of the game giving the Terriers a 4-2 advantage. After an extended shift in the offensive zone, Blinkhorn scored off a rebound, forcing UConn to pull their goaltender with three-and-a-half minutes remaining in the game.

Julia Nearis then sealed the deal with 2:25 remaining, scoring an empty net goal to make it 5-2. Nearis’ empty-netter gave her six total tallies on the season.

The Terriers will now head to Henderson, Nevada for the Henderson Collegiate Hockey Showcase starting on Nov. 25. Their first game will be against the Yale Bulldogs on the 25th at 4 p.m. EST at Lifeguard Arena.