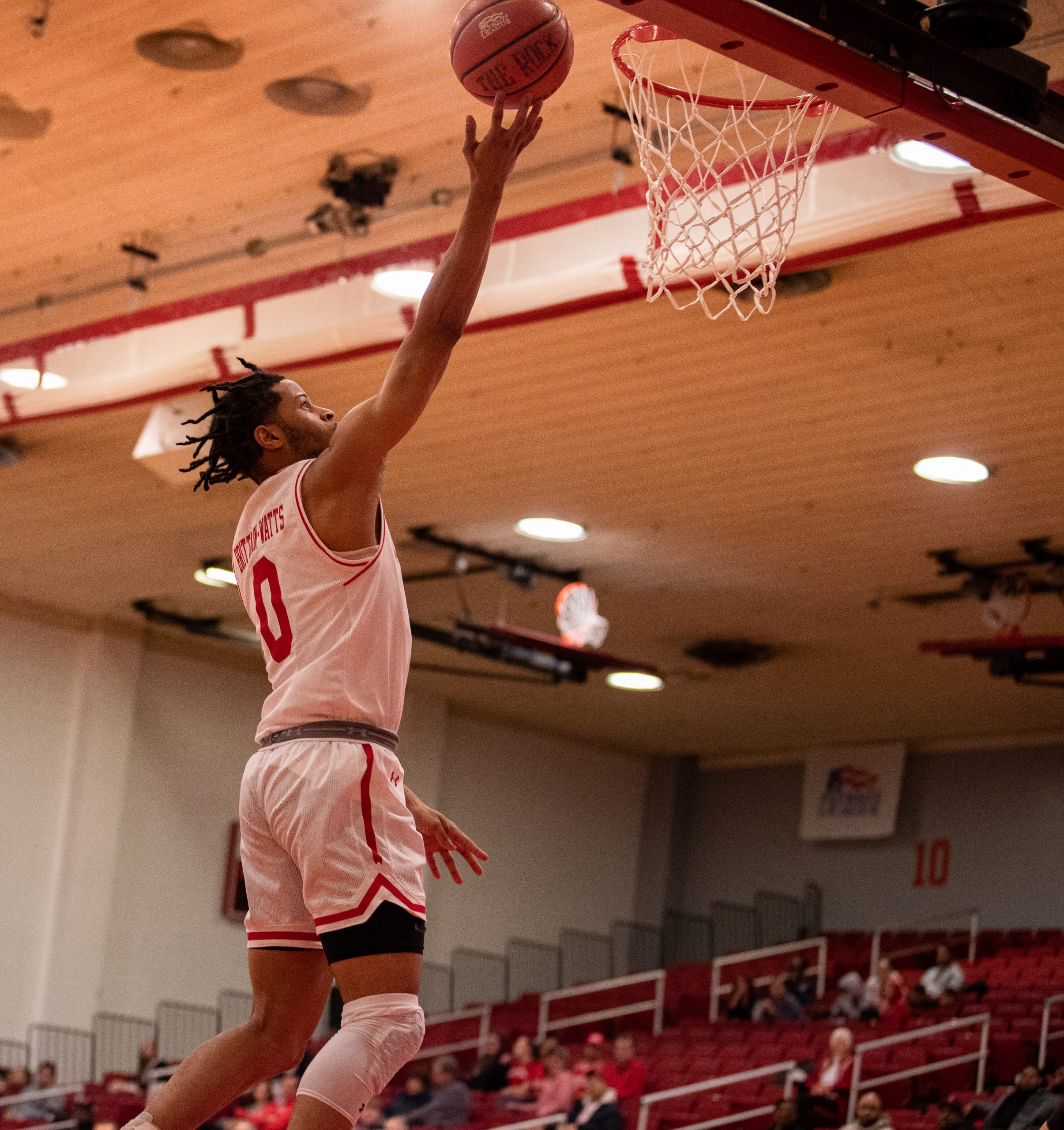 Graduate forward Fletcher Tynen’s key offensive rebound after a 1-and-1 with 30 seconds left in the game sealed the deal for Boston University Men’s Basketball (4-1) in their wire-to-wire 64-57 win over the University of New Hampshire (2-2) on Sunday afternoon in Durham.

After going into halftime down 26-25, the Terriers retook the lead early in the second half, and with improved rebounding and tough defense, it became a lead they would not look back on.

“In the second half, we did a better job rebounding the ball. … We defended at a high level, and we played with toughness; that was the big thing,” BU Head Coach Joe Jones said.

After the team’s opening night win, graduate forward Walter Whyte stressed his hope for a team identity of being “hard-hatted.” The Terriers displayed that mentality on Sunday, gutting out a win against a familiar opponent.

Despite starting the game 0-for-12 and finishing 3-for-22 (13.6%) from deep, BU managed to find other ways to score. Whyte, senior forward Nevin Zink and junior guard Daman Tate all contributed 14 points. In addition, Zink and Whyte hauled in eight rebounds, while Tate pulled in six.

After the game, Jones emphasized the need to find multiple ways to score.

After UNH tied the game at 54 with just over three minutes left in the game, BU went on an 8-0 run, putting the game out of reach.

“Late in the game, we just knew how to close it out,” Jones said.

For the Wildcats, junior forward Clarence Daniels II led the way with a double-double, tallying 18 points and 14 rebounds. BU was able to limit the shooting success of UNH’s other players, including junior guard Kyree Brown.

“We did a job on [Brown]; he was 2-for-12. That was big for us,” Jones said. “You have to give New Hampshire some credit. Defensively, they went under everything on us and brought the fight to us. They beat us up on the glass in the first half.”

Sunday’s game marked the first of a seven-game road trip for the Terriers, who will travel to Milwaukee for the Cream City Classic.

“We know how to win on the road. … I think it helps you to build some character and build some toughness when you have to go out and play when everybody’s against you,” Jones said. “You have to figure out a way to win, and I think tonight we gained a little more confidence about ourselves.”

The Cream City Classic tips off on Saturday, with the Terriers matching up against Southeast Missouri State. Game time is set for 2 p.m.