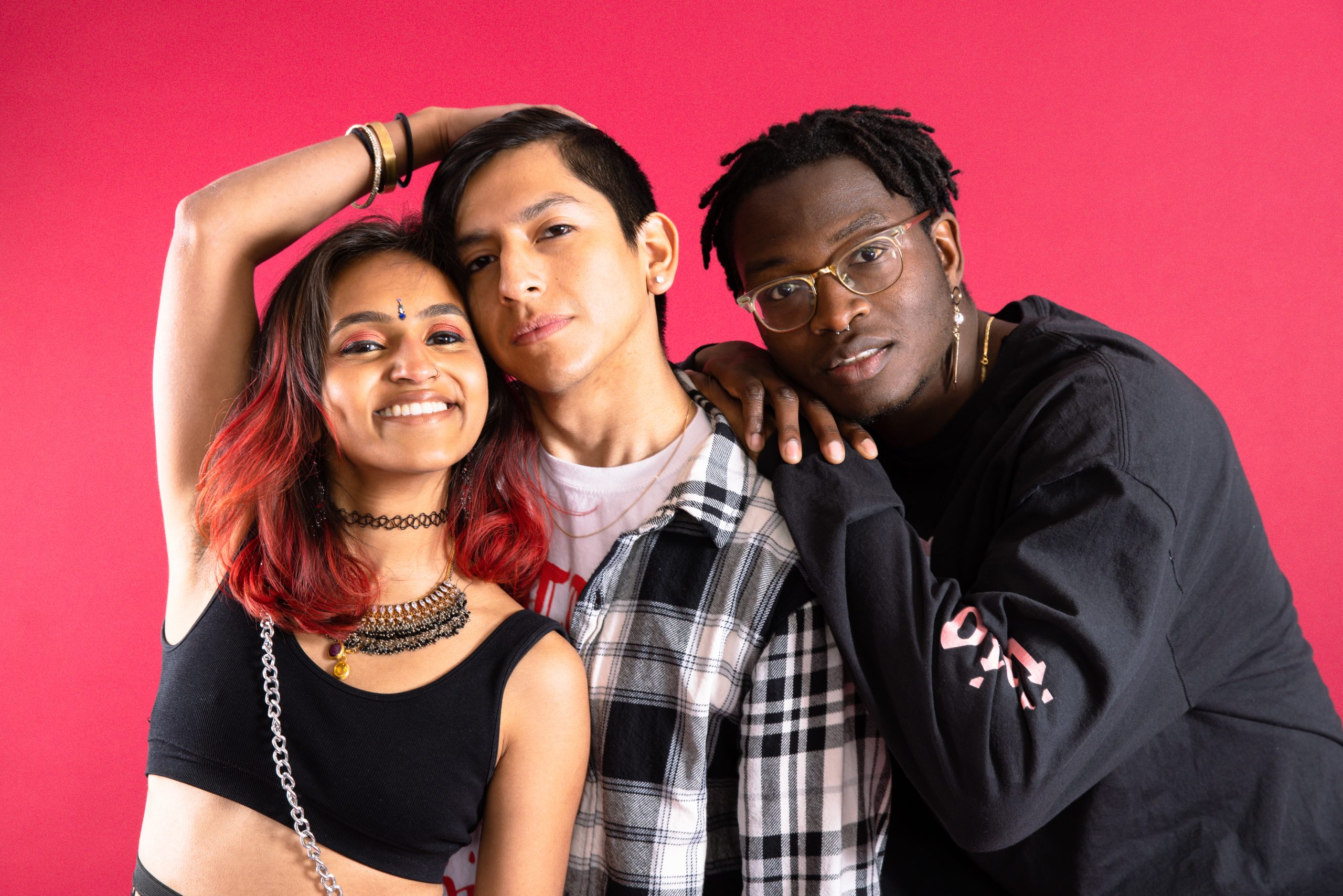 GM (Gwyneth Moe): You guys are wrapping up your first ever headline tour. How do you guys feel?

AK (Ashrita Kumar): Honestly, I’m very happy that we’ve made it this far. It’s been really great, I don’t know we’ve processed that it’s basically almost over. New York, Boston and Philly were the last few dates on this tour and they’re gonna be, or were, we played NY last night, like the coolest shows on this tour. So we’re just really excited for what’s up next, even though, I guess you’re right, the tour is almost over.

GM: You guys had a sold out show in Brooklyn last night right?

AK: Yeah yeah it was crazy. We didn’t expect that. It was also, we’re on tour with Jigsaw and we know it’s their hometown so it was really fun for all of us I think.

GM: Yeah, that’s so cool. What have been some highlights from the tour so far?

AK: Well, everytime we roll up to a show we never expect there to be as many people as there actually are, so that’s always been really cool. It’s just always amazing seeing new people that we’ve never met before who are really into the band and it’s kind of just like growing the Pinkshift family. Hmm some more highlights? We got to see the redwoods. That was really cool. We’ve been wanting to see the redwoods ever since we started touring last year. We finally made it happen. We were like, this is our tour we’re gonna make room for it. So we did, and it was really nice.

GM: You guys had a really unique path to music. How did it feel to do that complete 180? What do you think of High School you would say to the exciting life you guys are leading right now?

GM: You started playing guitar for your EP Saccharine right? A lot of people start playing instruments when they’re really young so what was it like picking it up later?

AK: I mean I’m honestly still learning how to play guitar. This tour has been the first time I’ve ever played guitar on stage. Which is super nerve-wracking going into because I was just like, I can’t sing and do this at the same time. I’m like What? But it’s been really cool. I started playing guitar around the time that Saccharine was released. I was able to contribute guitar ideas on the album and stuff too so like it felt right to play some of those chord progressions that I started off with. It’s nice it feels like I’m a part of the band in a way that I want to be. Learning guitar later in life, that makes me sound old, I feel like you can pick up anything whenever you want.  But you do just have to be like, all right I’m gonna suck at this and that has to be okay. And I feel like that’s harder to accept when you’re in your twenties. You don’t want to be bad at anything y’know. But you just gotta suck it up and get good at it. Which I’m still working on.

GM: You guys have a lot of high energy angry songs. What are some of your favorite songs to listen to when angry?

AK: I really got into the AD Angel Dust album in the past year.

AK: So we were going around when we were on tour with both Mannequin Pussy and PUP we’d just play the song and we’d be like, ok everybody what do you think? So we got a lot of input from people on tour. And then I think we just came up to being like honestly I feel like the song is just, there’s too many suggestions. It was almost overwhelming. There was nothing good we could think of so we’re just like let’s just call it “Nothing”.

GM: I love that. Your music video for the song explores social media and how it just kinda messes with you. And I think that that’s [Nothing (in my head)]  such a great title for the track connecting to that.

AK: Thank you, It was really fun doing the music video. We worked with Danny Suadne and he really helped bring that idea to life. Y’know what was in the song. Honestly, I didn’t even know how to visualize that, so that was really cool. We just had a lot of fun. We were just like in a warehouse, and we had a projector, and were in some straight-jackets.

GM: Yeah, that’s awesome. So for Saccharine and Love Me Forever the recording processes were really different. How was that?

AK: The recording process was very very different. Love Me Forever was the first time that we actually got to be in an actual studio. We worked with Will Yip in Philadelphia. That was honestly incredible, mind blowing, like a thousand out of ten would do it again. We probably will do it again. Recording Saccharine was also cool, but we were on such a low budget we were just kinda recording out of our practice room. We were just working with what we got, so for this one we were really able to put all of our voices in it. It was really cool to just be able to experiment a little bit more, like Paul experimented more with tone and Myron also experimented with technique and stuff. We all benefited from being in that space. It was really nice in that way.

GM: Sadly one of your openers [Yasmin Nur] had to leave at the beginning of the tour. You guys have been getting alot of local bands to open up your shows, what has that process been like?

AK: Well at first it was kind of stressful because we were like, oh my god we have to find somebody for tomorrow, but honestly it’s been really cool to see local bands in every area that we’ve been hitting. We’ve never done a headlining tour before so to be able to really appreciate the bands that are popular there or play there and how they interact with people really allows us to put our set into context too. It’s really nice to just hang out and meet cool bands that seem really cool online but you can never actually see live cause they’re so far away. So it’s been nice.

GM: That’s awesome. All right I’ll round this out with a fun question. Hopefully you think it’s a fun question. If you could have an unlimited budget for a music video, which song would you choose and what would happen in it?

AK: Wait okay, I feel like I have to hand the phone back to Myron right now.

MH (Myron Houngbedji): I was gonna say “Burn The Witch”.

AK: I feel like  “Burn The Witch” is cool cause it’s the only narrative song we have.

MH: Yeah we wanted to have some kind of story line going along in the music video for that and I think we can actually get cool pyro shots for that. If we had a big budget.

MH: Like really cool, like crowd shots. Cause y’know with a limited budget it’s hard getting people out in general. But if we were able to get a bunch of people…

MH: Yeah, full production, and have everything planned way in advance and have a significant crowd to play different roles for if we wanted to actually like burn someone at the stake. That would be sick.

MH: Like not actually, not actually, no no no no. I mean like not like actually but like y’know having a budget for special effects and stuff, having someone who’s really good at editing stuff. I think that would be really sick. If we just had unlimited money for that we could just put all the songs and just play the album through and have one long music video for the whole album.

MH: Yeah cause editing wouldn’t be a—

AK: We’ll be in our Lemonade era.

GM: Burn The Witch is such a good choice, such a good song. I can totally see the chaos unfolding in that hypothetical music video.

AK: It would go crazy, I think.

GM: All right, well thank you guys for letting me interview you! I hope you have a great show tonight.