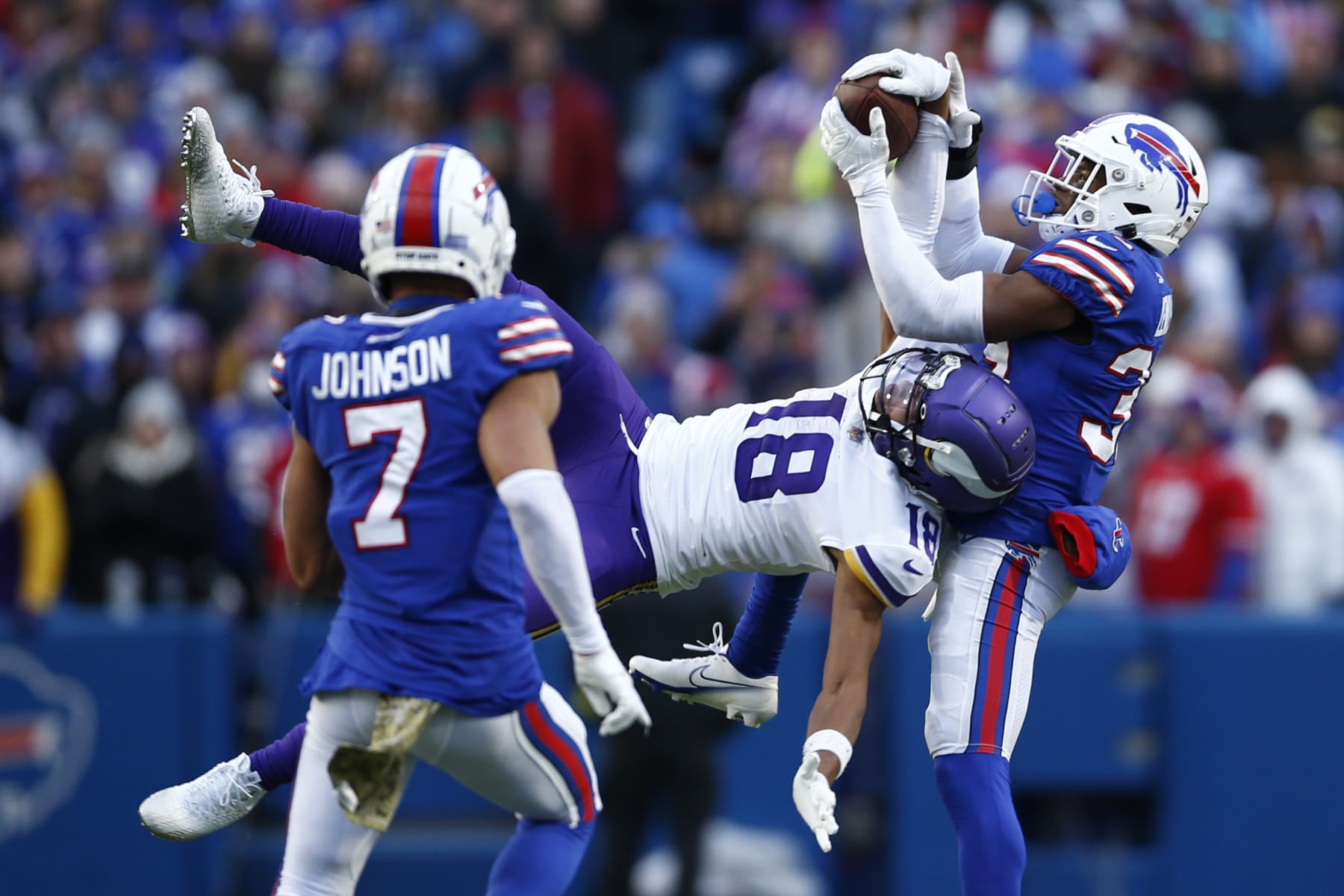 Every younger brother in America can relate to that moment. You and your brother face off 1-v-1 on the hardwood. He’s a better shooter; bigger, faster and stronger, dominating every game. But all it takes is one. A few lucky shots here and there, and all of a sudden, Goliath has fallen – and he won’t hear the end of it.

When it comes to being one of the best teams in the league, or an older brother, winning is expected and anything less is a disappointment.

This past weekend, two of the league’s top teams fell victim to the parity that the other 30 teams have experienced all season long.

The Vikings prove their worth against the Super Bowl favorites

The Buffalo Bills were crowned as “the team” before this season began. The team that is yet to win a Super Bowl was the far-and-away favorite to bring their namesake Mafia its first ring. However, great expectations bring great pressure.

The Bills proved themselves with a signature win over the Kansas City Chiefs in a 2022 AFC Divisional Round revenge game. However, coming into this weekend, Buffalo was 6-2, falling to the Miami Dolphins and the New York Jets. Losing two division games will surely come back to haunt them, but the good news is that both losses were by three or fewer points.

The Minnesota Vikings, on the other hand, came into the weekend at 7-1. Despite their record, the Vikings were missing a true signature win, faltering in their only significant game against the then-undefeated Philadelphia Eagles. Outside of a 16-point beatdown of the Green Bay Packers in Week 1, Minnesota has won every game by only one score, including games to noticeably weaker opponents, such as the Chicago Bears, Detroit Lions, Washington Commanders and New Orleans Saints.

This explains why the Bills, despite having an extra loss, were favored in this Week 10 matchup. The Vikings were five-point underdogs, and it comes down to point differential. The Vikings entered the weekend at +32, while the Bills were a whopping +102, the highest mark in the league.

The game itself rivals the aforementioned AFC playoff game for the most ridiculous endings I have ever seen. The Vikings trailed 27-10 late in the third quarter before Dalvin Cook broke free for an 81-yard score. Buffalo marched down into the red zone before Allen threw a pick into the endzone. The Vikings scored again and forced a 3-and-out from the Bills.

On 4th-and-18, Justin Jefferson made one of the best catches in NFL history to keep the drive alive. On 4th-and-goal, Kirk Cousins was stopped just short of the goal line on a sneak, seemingly ending the game. The Bills fumbled the snap in the end zone, which was recovered by Minnesota, giving the Vikings the lead. The Bills answered, going down to field for a game-tying field goal in the final 41 seconds. In overtime, the Vikings kicked a field goal to go up 33-30, before Patrick Peterson notched his second red zone interception of the game, sealing the game.

Following the loss, the Bills fell to third in their division, while the Vikings maintained their chokehold of the NFC North. Does this mean that the Bills are a bad team? Not at all, but it does say two things: the Vikings are legit and the Bills are far less indestructible than originally thought.

Perfect no more: the Commanders from the top rope

What a time to be a Commanders fan. Washington announced they are finally disposing of Dan Snyder, by far the NFL’s worst owner. To go along with that, the Commanders have won four of their last five games, including a statement win over their rival Eagles in primetime.

The winning streak boils down to the Commanders quarterback Taylor Heinicke, who entered the season as Carson Wentz’s backup. Wentz led Washington to a 2-4 start before joining the Injured Reserve due to finger surgery. This brought in Heinicke.

Heinicke admittedly isn’t anything special at signal-caller. He’s not some freak athlete like Justin Fields or Lamar Jackson, and he doesn’t have crazy arm strength like Aaron Rodgers or Matthew Stafford. However, he’s also not interception-prone or completely inaccurate either. He is a perfectly average quarterback.

In fact, Heinicke’s numbers aren’t that much better than Wentz’s, yet it’s hard to deny the impact he has on the team. Washington has gone 3-1 in that stretch, including a close loss to Minnesota and wins against Green Bay, Indianapolis and now Philadelphia.

Philadelphia has been discussed at length all season, but I’ll reiterate – they are nothing short of a juggernaut, entering this weekend undefeated at 8-0 with key wins against Dallas and Minnesota. The Eagles added the right pieces in the offseason, and Jalen Hurts took a massive leap to elevate the team.

Following a Heinicke fumble in the first drive of the game, the Commanders scored in four straight drives, going into halftime up 20-14. The Eagles were losing at halftime for the first time all season. Philadelphia was sloppy all game, turning the ball over four times, including an interception in the first half and three fumbles in the fourth quarter alone. A controversial roughing-the-passer penalty that extended Washington’s final drive and a scoop-and-score on Philadelphia’s final play capped off a 32-21 upset.

With the win, Washington moved up to .500 on the season at 5-5, finally pulling their weight in the stacked NFC (B)East. They are proving to be a frisky team that could ruin some playoff bids at the end of the season or even sneak into a Wild Card spot. Philadelphia still retained its place atop the entire NFC, but had their weaknesses exposed for all to see.