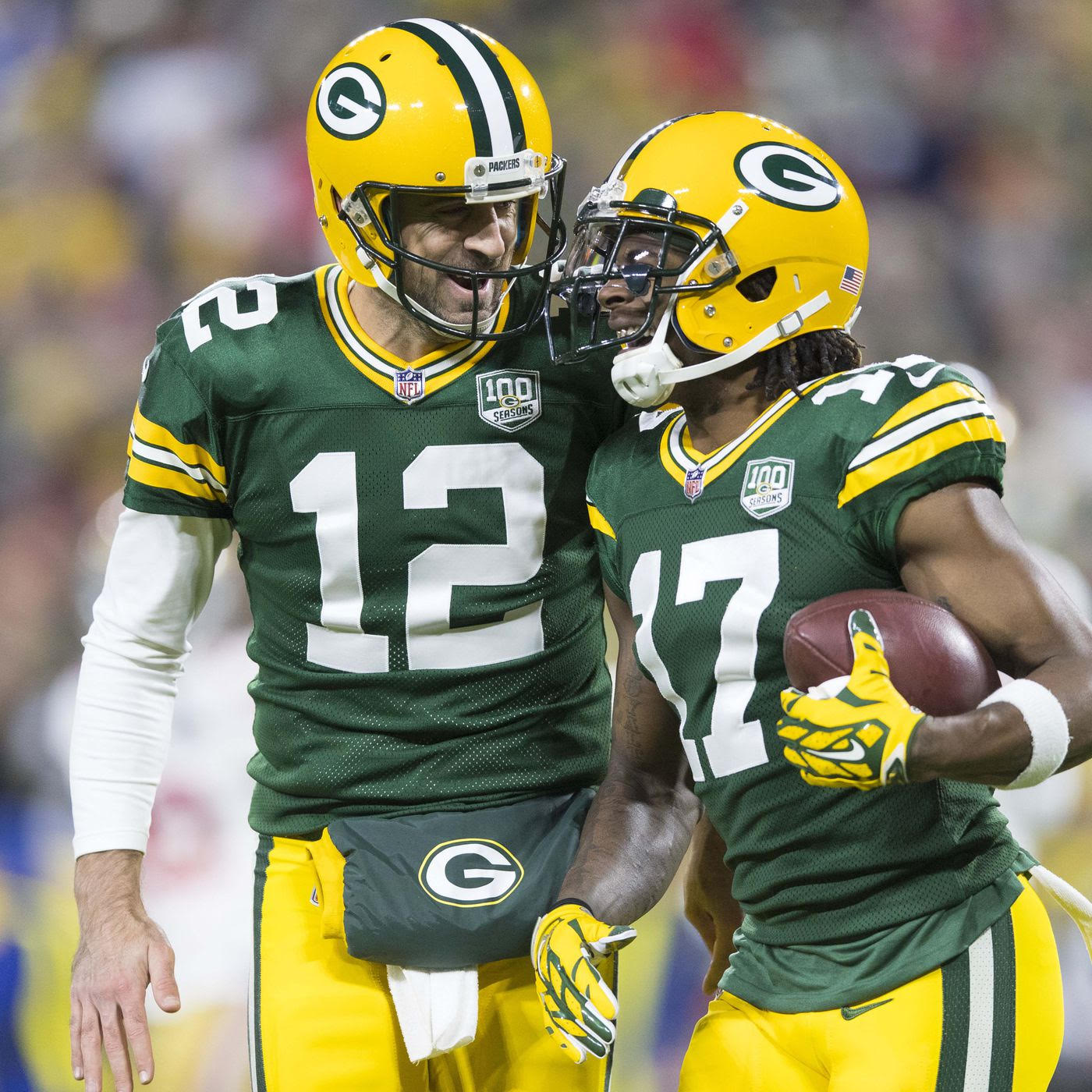 Lost in the on-field fireworks of the last month of the NFL season has been history off the field.

This is a wave that’s been building for years. Khalil Mack in 2018, Odell Beckham Jr. in 2019, DeAndre Hopkins in 2020 and Matthew Stafford in 2021 were all traded after years of stardom for the teams that drafted them. They cost a combined five first-round picks, three second-round picks and two third-round picks for their acquiring teams.

And that was only the calm before the storm of 2022, which offseason saw Russell Wilson, Matt Ryan, Deshaun Watson, Tyreek Hill, Davante Adams and Khalil Mack (again) all traded before the eventual record-breaking regular season.

It’s a remarkable turn towards the shadow of the NBA, which has become notorious for the constant threat of blockbuster trades — forced through by the superstars themselves and now an unpredictable yet essential function of roster building in the sport.

Many of the new wave of NFL trades are player-driven, and many involve wide receivers, a position group that is assuming a similarly autonomous role in the NFL landscape as most NBA superstars.

Adams is a peculiar case. He too was a super wide receiver — like Hill, Beckham and Stefon Diggs — but didn’t appear to force his move like the other three.

Eight months later to the day, there are no clear beneficiaries of the blockbuster that sent the two-time All-Pro wide receiver to the Las Vegas Raiders and first- and second-round picks in the 2022 Draft to the Green Bay Packers.

It’s a conclusion that extends beyond the fail-proof hindsight in which so many trades are judged. The writing was on the wall the moment the Raiders made the trade, then handed Adams a mega-contract, ripping him away from the Batman to his Robin of the first eight years of his career.

In Green Bay, the connection between Adams and future Hall of Fame quarterback Aaron Rodgers had become as invaluable as it was unstoppable. Seldom has the NFL seen anything like it — an almost telepathic mental understanding between passer and receiver — and it was the trump card that made Adams so outstandingly productive in his last four seasons in Green Bay.

If Adams wanted to stack the corner on an outside “go” route, Rodgers knew to put air under his throw. If Rodgers wanted to throw a slot fade to the back shoulder, Adams knew to adjust his route.

Defenses could never win; every route that Adams ran had options built in to punish whatever the opposition was running, and Rodgers always knew which option he would pick. It was the presence of the other that made each so dominant.

Adams won plenty with his individual talent as highlight reels of his shredding of opposing corners became an NFL staple. But he couldn’t turn every play into a highlight, and when those corners did stay in phase, his connection with Rodgers was unlocked. In came the perfectly adaptive ball placement against tight coverage and Adams’ surreal ability to know it was coming.

In their last two seasons together, Adams caught 238 balls for 2,927 yards and 29 touchdowns. Rodgers threw for 8,414 yards on his way to two straight MVPs, and not a word was said about the success of one without crediting the other.

When Las Vegas traded for and paid Adams, they were paying for that production. The fault line was obvious: They were expecting it to come with Derek Carr throwing him the ball.

It’s no slight to the ability of Carr or Adams, but Rodgers was a necessity in the formula that made the five-time Pro Bowler the league’s most dominant pass-catcher.

And the Raiders knew it. It’s why they spent the entire offseason defending their cavalier decision by siting the relationship between Carr and Adams, which was fostered in their two collegiate seasons at Fresno State and hadn’t been touched in eight years, but was somehow supposed to match what Adams had built with Rodgers.

Adams has been productive. He’s top 10 in both receiving yards and receptions, but his performance has been a far cry from his consistency in Green Bay.

After failing to eclipse three receptions in a game just once in his last four seasons with the Packers, Adams has done it three times in nine games in Las Vegas.

Defenses are finally stopping Adams. Just ask the Saints, who held him to zero receiving yards in a shutout, as the Raiders are paying him $140 million to be unstoppable.

And how nice would the flexibility of that $140 million be for the Raiders, or the injection of youth from the first- and second-round picks surrendered in the trade, as they field one of the worst teams in the league and crash head-first into another rebuild.

Adams is still a great player, but he’s taking up a lot of space on a team that was expecting him to be the superstar that would change their fortunes in the playoffs, not filling the stat sheet on a two-win team.

In Green Bay, the Packers are a loud, chaotic 4-6, comfortably removed from the NFC playoff picture and tumbling towards a rebuild themselves. Rodgers is having one of the worst seasons of his career, throwing seven interceptions and only 17 touchdowns, leading an offense that is 10th-worst in scoring at 18.5 points per game.

It’s impossible to watch the Packer offense, showered in shots of Rodgers throwing helmets and cursing at teammates, and not immediately remember the absence of Adams.

The bickering between quarterback and receivers are constant. Sometimes Rodgers is wrong, like two of his three interceptions against the Lions in Week 9, reflections of the enigmatic regression in his play. Sometimes his receivers are wrong — like the myriad of bloopers from rookie second-round pick Christian Watson.

Whoever the blame falls on, this clashing of heads wasn’t happening with Adams in the picture. His relationship with Rodgers was so perfectly molded that neither one could ever be wrong.

The rest of the offense — the running game, the offensive line, the play-calling — was always sufficient, but Adams and Rodgers were what made them great. They were the safety net the Packers could fall back on when nothing else was working.

In 2022, the rest of the offense isn’t working, and the safety net is gone. The offensive line has plummeted in ESPN’s run-block win rate from fourth last season to 17th this season. Most of the receivers are failing to separate, and the ones that are — Watson and fellow rookie Romeo Doubs — are dropping everything or can’t stay healthy.

The Packers, Rodgers and Adams all built their games on the stone-cold reliability of the relationship between All-Pro quarterback and All-Pro receiver. It’s what GM Brian Gutekunst failed to account for when he shipped Adams out of Green Bay.

In a vacuum, he was getting acceptable value in return for Adams’ production — on top of the financial flexibility that came from not having to pay him — but production wasn’t what made Adams so valuable to the Packers.

In all likelihood, Adams is no longer a Packer because Gutekunst couldn’t stomach handing him the enormous contract he would eventually receive in Las Vegas. Whatever the root of that hesitation was, it was reliant on his own intuition that Adams was a replaceable player in Green Bay, that a combination of the eventual selections of Watson and Doubs and the signing of Sammy Watkins could produce a similarly efficient, timely and advantageous passing game.

Even the ceiling of those three players wouldn’t have come close to filling the crater at the center of the offense that Adams left behind. None of the three could have possibly formed even half the connection with Rodgers needed to keep him from the constant frustration and obvious pining for his friend that has come to define the Hall of Fame quarterback’s 18th season.

Eight months later to the day, the ripples from one of the most significant trades in NFL history appear to have sunken two franchises.

The Raiders lie flat at 2-7, on the wrong train that is now taking them to a top-five pick, wondering why buying an All-Pro wide receiver didn’t mean they were buying wins.

The Packers are a circus; hopping, skipping, limping and falling on their face all at the same time as they dig themselves out of the bottom of the NFC, with their hands in the air, searching for the relied-upon offensive consistency of years past.

In continuing to ask themselves why their offense has suddenly regressed, they are really just avoiding the obvious answer: Clinging on to hope for the last season of a Super Bowl window by refusing to acknowledge the catastrophic mistake that has undone it all.

If anything, the calamitous domino effect of the Davante Adams trade is a stark reminder to the NFL, more trigger-happy on blockbuster trades than ever before, that the same player’s value to one team is wildly different to another.