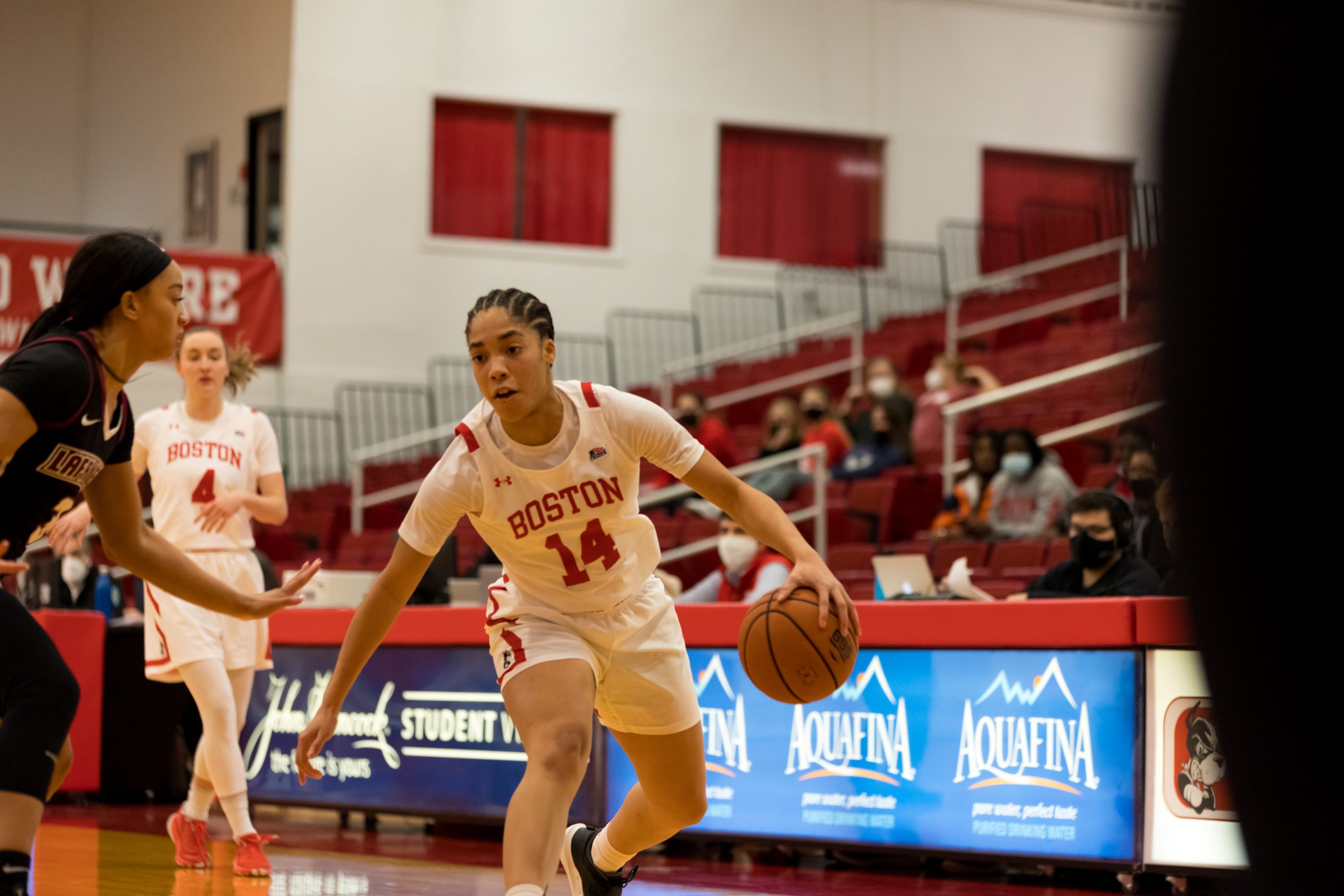 Boston University Women’s Basketball (0-2) lost their first road game of the season against the University of Miami (FL) (2-0) on Sunday. The Terriers were outscored 22-8 in the first quarter, and the Hurricanes never looked back as they cruised to an 81-46 win.

The Miami defense swarmed the Terriers with a full-court press and constant double teams throughout the game, resulting in 23 BU turnovers. They were also overmatched on the glass, leading to 15 offensive rebounds for Miami.

Despite the return of star player Sydney Johnson, the BU offense struggled to make shots. Only two players scored over 10 points (Johnson and Kelsi Mingo), and sophomore guard Alex Giannaros was out for the Terriers after scoring 23 points in their home-opener against Northeastern.

Down 40-21 at halftime, the Terriers kept playing hard against a talented Miami team. The Hurricanes, led by sophomore Latasha Lattimore with 25 points, played a physical game.

“We were definitely playing against bigger bodies, but I think we did a good job of getting the ball inside,” BU Head Coach Melissa Graves said. “We missed a couple open shots that we usually make. We just have to focus on how we can get to a point where we start games right.”

After letting Northeastern shoot up to a quick 9-0 lead in their season opener, the Terriers got off to another slow start on Sunday. Miami racked up 10 points before junior Caitlin Weimar scored the first basket for BU.

In the second half, Miami displayed all facets of its offense, shooting 57% from three in the third quarter. Hurricanes senior Destiny Harden went 4-for-6 from behind the arc to keep BU at bay.

Although Miami got out to a big lead, the Terriers never gave in.

“Taking away positives from the game, we won the fourth quarter, which is a big goal for us. We didn’t trend down, we trended upward,” Graves said.

The Terriers indeed won the fourth quarter 18-17, but it wasn’t enough to overcome the Hurricanes in Coral Gables.

The Terriers will look to take their first win of the season when they return to Massachusetts to take on UMass-Lowell on Wednesday.