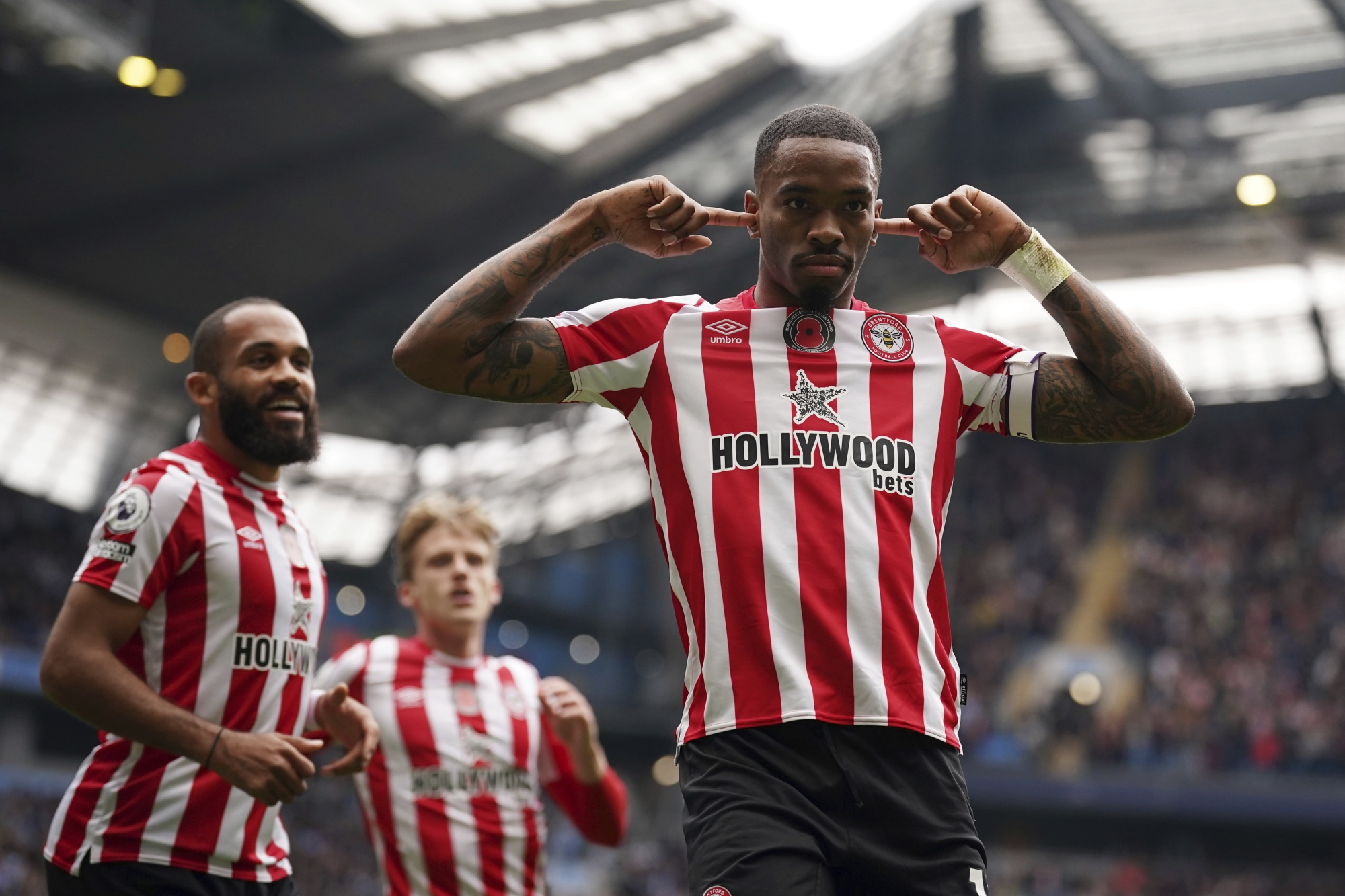 In the final round of games until it returns on Boxing Day, the Premier League delivered big results. Newcastle downed Chelsea, who now sit eighth; Leeds fell on the wrong side of another 4-3 scoreline; and Nottingham Forest moved off the bottom of the table.

At the top of the table, Arsenal will sit five points clear on Christmas Day after defeating Wolves. However, this gap would not be as significant without Brentford and Ivan Toney pulling off a shock 2-1 victory over Manchester City.

Just before halftime, Phil Foden scored a beautiful volley to cancel out Toney’s 16th-minute header. The game remained deadlocked until Yoane Wissa launched an attack for the game’s takeaway moment. The Congolese midfielder beat Kevin De Bruyne to a loose ball outside Brentford’s penalty area. Speeding away on the counterattack, Wissa was supported by Josh Dasilva, who seemed to slow the attack too much, but found a pinpoint cross to Toney’s waiting foot to win the game in the 90+8th minute.

Wissa’s hard work to win the ball in the dying stages of the game, and the multiple Brentford players making lung-busting runs up the field summed the match up well. Brentford had fought off the talented Cityzens for a much-deserved three points. Manchester City, known for their technical brilliance and ruthless goal-scoring, were admittedly far off their usual pace. Striker Erling Haaland was fed scraps, and despite having 75% possession and taking 29 shots to the visitor’s 10, the Mancunians struggled to convert the many chances created.

Brentford was a different story. Throughout the game, their players worked hard in defense, threw their bodies on the line and created dangerous chances of their own. Toney could have truthfully had five goals if not for heroic defending from Aymeric Laporte and unnecessary touches on two other opportunities. Despite what could have been, a quality performance was needed to give the Bees their first away win of the season, and their fans will be buzzing after witnessing exactly that. In fact, Brentford had not won at Manchester City since Dec. 25, 1937. Not a bad streak to break.

Beyond his double this week, Toney was in the news in September for receiving his first international call-up. His good form did not transfer to those games, as he did not feature in either of England’s outings. Toney was also not selected in this past week’s World Cup squad for England, even with his continued strong performances. His two clinical finishes against City will be looked back upon as a missed opportunity if England’s attack struggles in Qatar.

While he will no doubt be disappointed to miss out on the World Cup, Toney still has plenty to smile about. Since the beginning of last season, only Harry Kane, Mohammed Salah and Heung-min Son have scored more than Toney’s 22 goals. He spearheads a dangerous team, and Brentford are showing the hunger and fight needed to make a real push into the top half of the table. As the Premier League breaks for the next month, Brentford’s stoic performance and Toney’s smart finishing will serve as a reminder of the thrilling upsets and last-minute goals that await us when it returns.