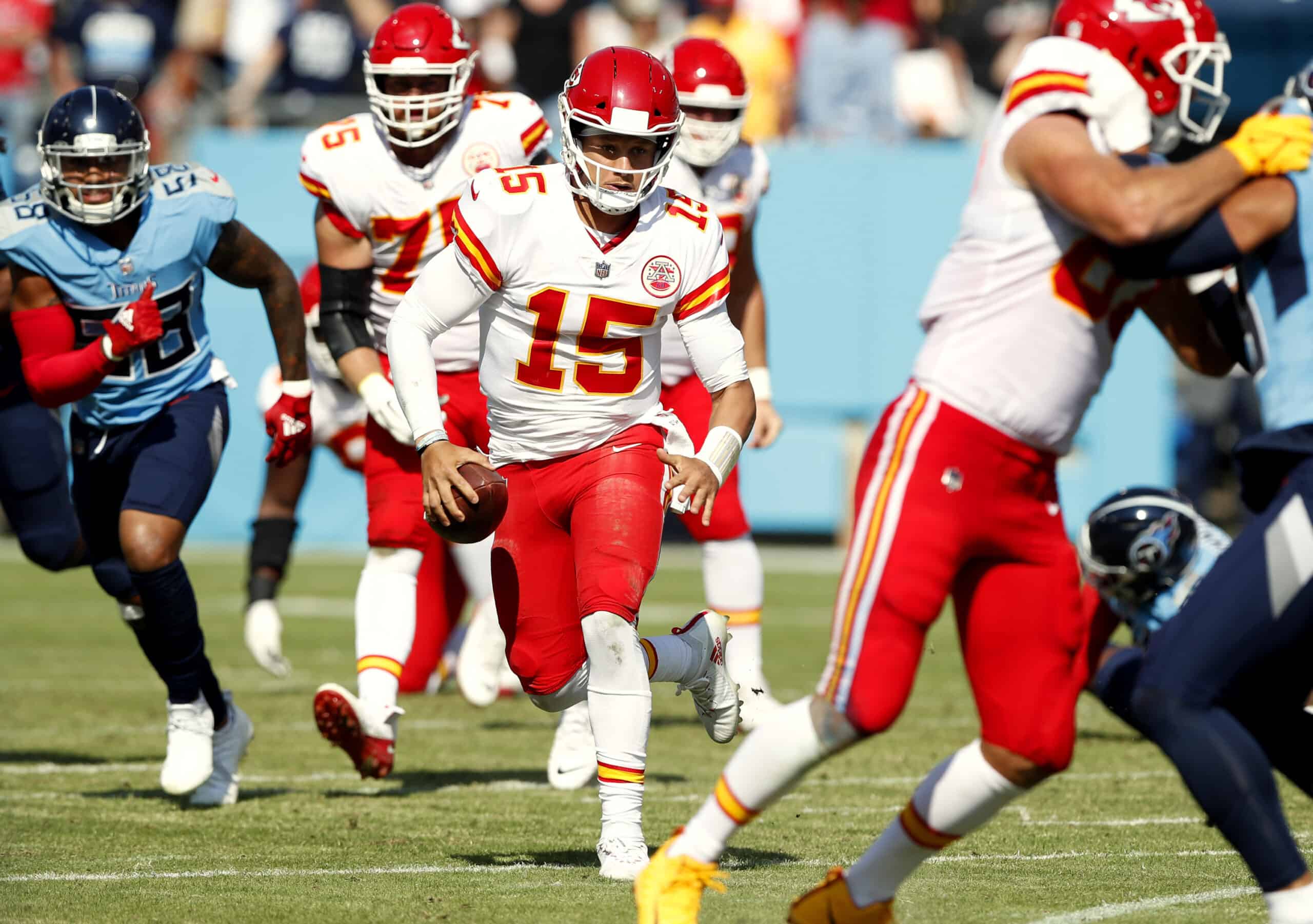 With Week 9 of the NFL season wrapping up this past weekend, it officially marks the halfway point of what has been one of the most confusing seasons of football in quite some time. The Packers, Buccaneers and Rams are all in the red; the Seahawks, Jets and Giants could make playoff runs; and the Eagles are the only undefeated team. With nine weeks left to play in the season, here are my midseason awards.

The MVP battle is a three-horse race at this point: Mahomes, Josh Allen and Jalen Hurts all have been far and away the top talents in the league.

If the season were to stop right now, the award would go to Patrick Mahomes. With the 6-2 Chiefs being the most prolific offense in the NFL, Mahomes has not only had a positive impact on his team, but also leads the league in yards (2,605) and touchdowns (21). Along with this, he is making incredible plays that add to his intangible factor.

Another candidate is Allen. The Bills are poised to make the Super Bowl, and a lot of that is due to their QB1. The team has been dominant at 6-2, even taking down Mahomes’ Chiefs. While Allen is near the top of most statistics, he plays second fiddle to Mahomes in quarterback rating, touchdowns and yards.

Jalen Hurts can also get in Mahomes’ way. Hurts is an interesting case. He has the second-fewest interceptions and the sixth-best QBR, yet ranks 10th in yards and 11th in touchdowns. He is not at the top of the leaderboards, but no one can deny the impact he has had on the undefeated Eagles. If Philly stays perfect, or close to it, in the second half, Hurts easily has a case for himself.

Currently, Philadelphia’s Nick Sirianni is the huge favorite to win the Coach of the Year honor. Why wouldn’t he be? The Eagles have turned from a team that barely made the playoffs last season at 9-8 to a team that has started the year 8-0 and have been nothing short of unstoppable.

However, I believe Brian Daboll’s transformation of the New York Giants in one year is nothing short of miraculous. The Giants sat at the bottom of the NFC East last season and ended up drafting fifth overall.

What makes it even more impressive is that the Giants didn’t necessarily have any significant additions. The 6-2 New York squad has already surpassed last year’s win total and is a significant threat to make the near-impossible turnaround to the playoffs.

Daboll created a system to better utilize quarterback Daniel Jones’ strengths while getting running back Saquon Barkley more involved in the offense, leading to a huge year. The Giants have big tests coming in the next five weeks, including the Cowboys and Eagles. Their fate, and Daboll’s in the COTY race, comes down to how they fare.

As a Michigan native, it’s hard to hear the name Kenneth Walker and not think of his dominant 197-yard, five-touchdown performance against the University of Michigan last season, handing the Wolverines their only loss en route to the CFB playoffs.

When the Seahawks drafted the former Michigan State Spartan in the middle of the second round, it felt like a steal. Walker is proving why he shouldn’t have fallen past the first round early in his 2022 campaign. While Walker took a few weeks to find his legs, he hasn’t looked back after an impressive 88-yard performance against the Cardinals. With two 100-yard games in that span and the fourth-most rushing touchdowns in the league, Walker has been nothing short of impressive.

The only challenger to Walker who has impressed me so far is New Orleans’ Chris Olave. Olave has quickly turned into the Saints’ top receiver. Gathering the seventh-most receiving yards in the league with 618, Olave is poised to be a star. It is especially impressive given the carousel of quarterbacks he deals with in New Orleans.

The Defensive Rookie of the Year race is a little more obvious than the others at this point. However, as players begin developing, this race could be down to the wire come the end of the season.

Still, there is no doubt that the Jets’ Sauce Gardner deserves this award right now. The fourth-overall selection in the 2022 Draft has been nothing short of dominant in the New York secondary. Across the entire league, Gardner ranks first (!!!) in pass deflections with 13. Add a couple of interceptions and 30 solo tackles to his resume and Gardner could be a Pro Bowl candidate as well.

However, a couple of other names have emerged recently. The Detroit Lions have a couple of candidates. Defensive end Aidan Hutchinson has been quiet to start the season, but is ramping it up since switching from the three-point stance to the two-point one. Hutchinson ranks first in sacks (4.5), QB hits (9) and pressures (24) among all rookies, and tacked on an interception of Aaron Rodgers this past weekend. Hutchinson does struggle with over-pursuit, which leads to large scrambles from quarterbacks.

Another newcomer, Detroit’s Kerby Joseph has risen from the ashes in the past couple of weeks. Last week’s NFC Defensive Rookie of the Week has forced two fumbles, caught two interceptions and recorded three pass breakups in the past two weeks. In a weak Lions defense, Joseph has become a game-changing disruptor that could rise to elite levels with more development.