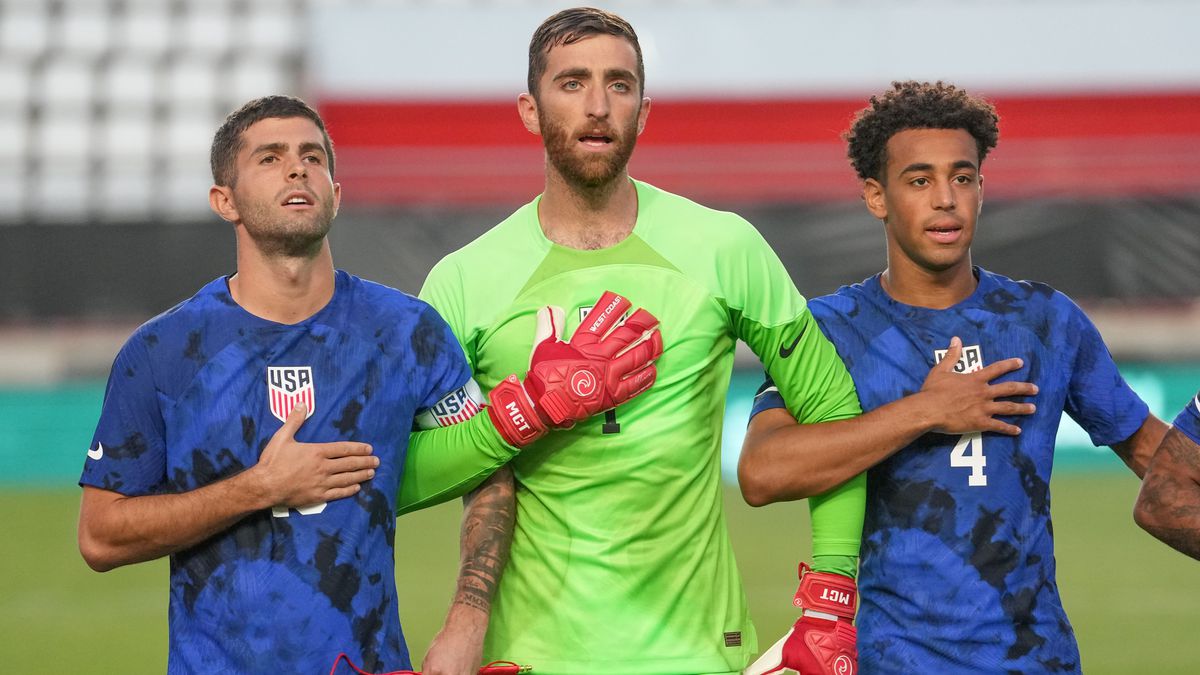 The controversial 2022 FIFA World Cup in Qatar is just days away, and United States Men’s National Team head coach Gregg Berhalter has announced the group of players he will be taking to the tournament. There was controversy aplenty in his choices, so I’m going to give my thoughts on what he did right and wrong, and if the U.S. have a chance to succeed in Qatar.

What was expected to be the easy part of the team quickly became controversial for Berhalter. Sean Johnson, Matt Turner and Ethan Horvath are the three goalies he has opted for.

Crucially, Zack Steffen is not, to many’s shock. While it appeared that Turner had won the starting job from Steffen after his transfer to Arsenal this summer, Steffen has been playing consistently in the Championship for Middlesbrough while on loan from Manchester City. On top of that, Steffen had played a number of qualifying games for the U.S., and his replacement Johnson, who plays for NYCFC, has barely played for the U.S.

While the omission of Steffen is confusing, it shouldn’t have a huge impact on the team barring a Matt Turner injury. Turner will be the starter and Horvath the backup most likely.

The big question for Berhalter when it came to defenders was whether or not to include Tim Ream. Ream played little to no minutes for the U.S. during qualifying, but has been captaining a flying Fulham team in the Premier League this season, leading to many fans (myself included) to be calling for him to be selected; and he was.

Whether Ream starts or not is another question. Ream’s relationship with his Fulham teammate Antonee Robinson should mean it’s a no-brainer Ream would start next to Walker Zimmerman at center-back on the left side next to left-back Robinson. Combine that with Aaron Long’s poor form, and I would question a choice to start Long over Ream.

The rest of the players somewhat selected themselves. Sergino Dest and Robinson will be the starting fullbacks, DeAndre Yedlin, Joe Scally and Shaq Moore all provide decent backup quality. Cameron Carter-Vickers has been playing for Celtic, but Berhalter has used him sparingly. Overall, not too many surprises at the back.

Perhaps the most solidified unit of this USMNT squad is the midfield. The trio of Weston McKennie, Tyler Adams, and Yunus Musah all impressed during qualifying, and all three have looked strong for their clubs this season. Musah could have a breakout tournament and really show the world what all USMNT fans know he can do.

Luca de la Torre is a good option off the bench and made the squad despite injury worries. I see Brenden Aaronson as more of an attacker who arguably deserves to start, and Kellyn Acosta can do a job if an injury happens. I don’t expect to see a lot of Cristian Roldan, however.

What has always been and will always be the most competitive part of this squad once again has caused some controversy. The obvious names who will be looking to win games for the U.S. are there: Christian Pulisic, Gio Reyna, and Tim Weah. The rest of the attacking players selected, and those not selected, cause a bit of concern.

Ricardo Pepi was not selected by Berhalter, after being the U.S.’s second-leading scorer in qualifying. Off the back of a successful qualifying, he made the move to Augsburg in Germany, which backfired completely as he failed to make an impression. However, Pepi went out on loan to Dutch side Groningen this summer to try and secure his place in the national team and has scored goals and played well, yet he finds himself not on the plane.

Jordan Pefok is another player who is in great form for his club team Union Berlin, who sit second in the Bundesliga. Pefok has bagged three goals there. Whether Pefok deserved to start for the U.S. is debatable, but his aerial impact off the bench would have been a useful asset, and yet he will find himself watching the US play from home.

In place of Pefok and Pepi are Haji Wright and Jordan Morris. I can accept the Wright choice I guess. He’s young and has a similar skillset to Pefok, but the Morris choice is bewildering. Morris has never really thrived in the MLS, and never seems to play even above-average for the U.S. I simply don’t get the inclusion.

Jesus Ferreira isn’t the most popular player amongst the USMNT fanbase, but I do rate his hold-up play. Josh Sargent’s inclusion I think is warranted due to his success for Norwich this season in the Championship. I just can’t quite wrap my head around how Pepi and Pefok have missed out.

Altogether, I think the boost that comes with the inclusion of someone like Ream outdoes the negative done of not selecting Pepi and Pefok. After all, if the U.S. are going to succeed, Pulisic will have to be the one carrying the offense, not the strikers who have been performing poorly for ages. With Ream at the back next to Robinson, and the midfield three doing their thing, I rate the chances of the U.S. getting out of the group.