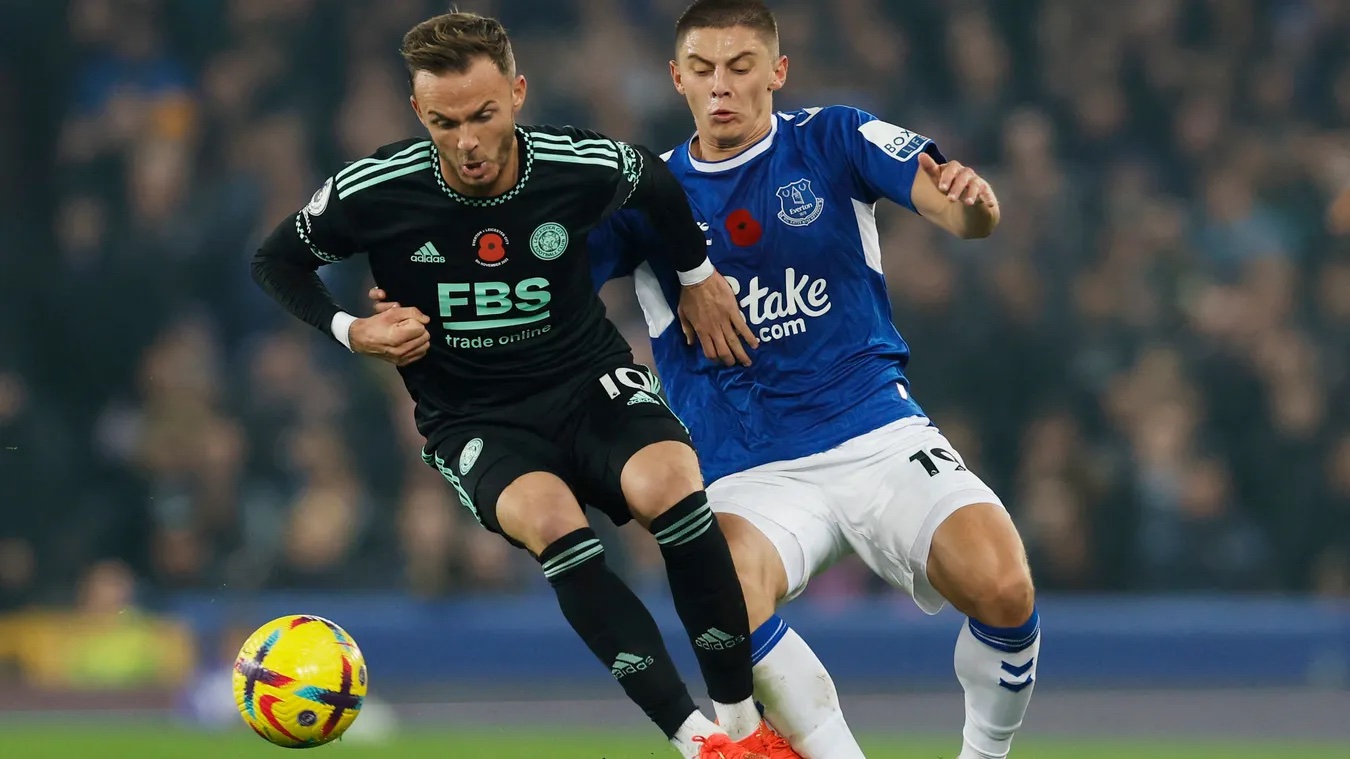 Leicester City visited Everton’s Goodison Park on Saturday and earned an important 2-0 win that brought them up to 14th, with one more week to go until the global pause for the World Cup.

After a very poor start to the season that seriously threatened manager Brendan Rogers’ job, and saw them without victory until the eighth game of the year, the Foxes are making up lost ground. They’ve won four of seven games since finding their footing, and even managed to hold Manchester City to a single goal. While they are still five points off the top half of the table behind some teams with a game in hand, the East Midlands club will be feeling much more optimistic about their season’s potential.

While the win at Everton was a collective effort, midfielder James Maddison’s Man of the Match performance stood out. Assisting both goals brought his total to four assists for this season, combined with a respectable six goals. Neither assist was particularly notable; his opening setup especially overshadowed by a world-class volley from Youri Tielemans, but they were no less than his performance deserved.

On top of providing the two assists, he picked up dangerous positions and fired off a number of close chances, likely disappointed to not come away with more.

While his contributions may not seem like much given the prolific scoring of players like Erling Haaland and Harry Kane, he does sit tied for eighth.

His scoring makes a difference, too. Maddison’s 10 goal involvements have contributed to over 40% of the Foxes’ total goals this year. Though Leicester are much further down the table compared to their previous finishes in eighth and fifth, he has continued to provide a spark to keep his team scoring even while losing. His 38 shots are the sixth-most in the league, and he also ranks well on other stats such as shots on target and crosses.

His somewhat underrated performances come at a crucial time, as England will be announcing their squad for the World Cup on Nov. 10.

Though his only previous senior international minutes came about three years ago in a 7-0 win against Montenegro in November 2019, Maddison’s timely showings are making a real case for him to be on the plane to Qatar.

Sky Sports put out a graphic that compared a number of England’s attacking midfield options since the start of last season. Maddison’s 27 goal involvements are top, ahead of nearly-guaranteed inclusions like Bukayo Saka, Phil Foden and Mason Mount.

England manager Gareth Southgate has been criticized for his preference of defensive midfielders, and England’s attacking firepower already ranks among the best in the world. This could create a place for Maddison to fit into, providing the much needed creative spark needed to link up the Three Lion’s stoic defense and unrivaled attack.

Southgate has also picked in-form players before, notably Ivan Toney’s inclusion for the most recent international break. England were held scoreless by Italy during that break, another sign that a player with Maddison’s creativity and impressive form should receive his first call-up in three years.

Even if Maddison does not make the World Cup squad, his strong performances will not go unnoticed. Leicester City have a difficult trip to West Ham this weekend and the potential to rise to 11th going into the month-long pause. Maddison’s role in this rise, irrespective of his international selection, is central, and he will certainly continue to play a significant role for his side.