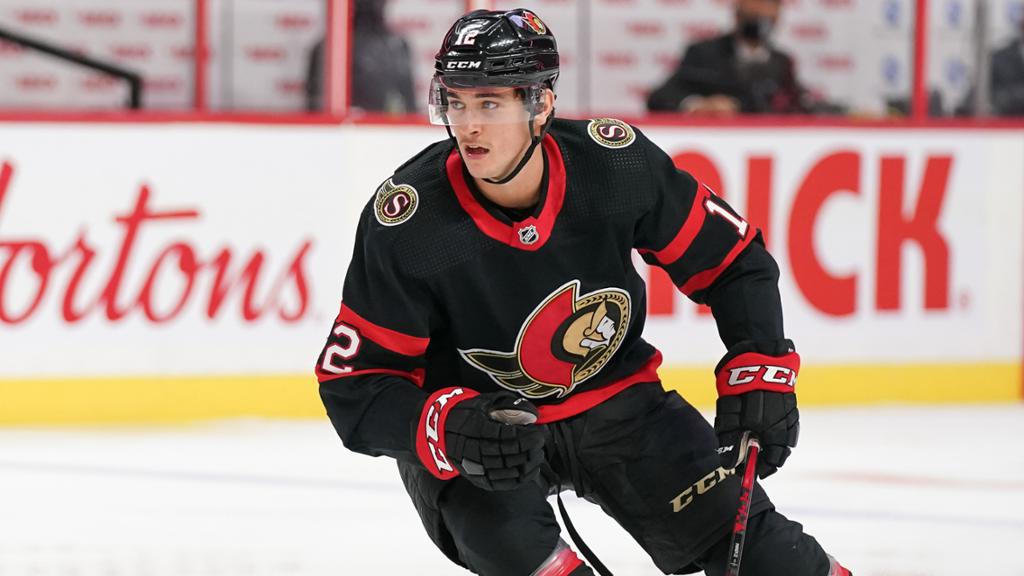 The 2022-23 NHL season has officially eclipsed three weeks, and there has been a surplus of rookie talent. Here are some of the key storylines that have developed.

When looking at all of the young stars the NHL fosters, it is hard to look past the Ottowa Senators. Through eight games, the Senators have notched four wins. Three of the four game-winning goals came from their rookie pool.

Starting with a more under-the-radar name, center Mark Kastelic has played his role well thus far. A bottom-six forward, Kastelic is still an impactful player to the Ottawa roster. The Phoenix native was taken by the Senators in the fifth round of the 2019 NHL Entry Draft. He has played a handful of NHL games over the last two seasons but officially made the jump from the American Hockey League (AHL) this year. Through eight games, Kastelic has recorded two goals—his most important coming against the Boston Bruins. On Oct. 18, he scored the Senators’ sixth goal of the game en route to a 7-5 victory.

This game-winner continues to hold its weight as this game remains the only Bruins loss of their season. Boston leads the league standings with a remarkable 8-1-0 record. This was Ottowa’s first win of the season and the start of a four-game win streak. Impressed with his play, the Senators signed Kastelic to a two-year contract extension earlier this week.

Regardless of his rookie status, Pinto has been a standout player in the entire league. Through eight games, the center has posted six goals. Two of these six tallies have been game-winners; the first came on Oct. 20 in a 5-2 win over Washington, and the second on Oct. 24 in a 4-2 win over Dallas.

He ranks first in the league among rookie goal-scorers and sixth in the league overall. On his team, he is tied for first in goals with forward Brady Tkachuk. After a shoulder injury ended his 2021-22 campaign early, the 21-year-old is already making his case for the Calder Trophy.

The Senators locked up center Josh Norris to an eight-year contract during the offseason, but he suffered a shoulder injury himself during Oct. 22’s game against the Arizona Coyotes. In the absence of Norris, Pinto will play an even bigger role in the Senators’ lineup.

Rounding out the top Ottawa rookies is defenseman Jake Sanderson. In a deep field of first-year D-men, Sanderson ranks at the top. Taken fifth overall in the 2020 NHL Entry Draft, he has already settled into his role.

The former University of North Dakota assistant captain ranks fourth in the league among rookies in average time on ice (18:57). Through eight games, he has four assists and a plus-four rating. On Oct. 22, the rookie recorded his first multi-point night as the Senators beat the Coyotes 6-2. Playing on the power play, penalty kill and at even strength, Sanderson is utilized in all situations.

Oct. 22 proved to be a big night for the youngsters as Arizona’s Dylan Guenther, Columbus’ Kent Johnson and Montreal’s Arber Xhekaj all notched their first career goals.

Taken ninth overall in the 2019 NHL Entry Draft by Arizona, Guenther had a huge year with the Edmonton Oil Kings last season. A former first overall pick in the Western Hockey League (WHL), Guenther led the Oil Kings in regular season points last season with 91 (45g, 46a) in 59 games. His team would go on to win the championship, but Guenther sustained a lower-body injury that kept him from playing in the final round.

Since making the transition to the NHL, the Edmonton native has already been effective with three points (2g, 1a) in six games. He scored his first career point, an assist, against the Bruins on Oct. 15, while his first goal came against Ottawa. Guenther would go on to score another goal on Oct. 25 in the Coyotes’ 6-3 win over Columbus. Both of his goals have come on the power play.

After two successful seasons on a stacked University of Michigan roster, Johnson is now a full-time player for the Columbus Blue Jackets. Through eight games this season, Johnson has recorded 5 points (3g, 2a). His first goal came against Pittsburgh in a 6-3 loss. He would continue this scoring streak over the next two games to go on a three-game scoring streak. For this production, he sits fourth among rookie goal-scorers and second on the Blue Jackets.

A name not previously known by many, Arber Xhekaj has quickly become one of the most well-liked and prominent rookies in the league. After several seasons in the Ontario Hockey League (OHL), Xhekaj’s scrappy play paid off.

The undrafted defenseman earned himself a three-year contract with the Montreal Canadiens in early October. Just one month later, he has already established a name for himself. He leads the Canadiens’ roster and all rookies in hits and penalty minutes.

Most notably, his fight with Arizona’s Zack Kassian on Oct. 20 garnered much attention. Kassian, a player known for his physical nature, was quickly taken down by Xhekaj. Kassian ranks 11th in penalty minutes among active NHL players with 876. Two days later, the six-foot-four behemoth scored his first career goal in a 5-2 loss to the Dallas Stars.

The goal’s impressive nature is due to who it was scored on: Jake Oettinger. A Boston University alum, Oettinger has been this season’s best goaltender in the league thus far. The Stars’ starter ranks first in goals against average at 1.40 and second in save percentage with .952. Oettinger does not let in many goals, but Xhekaj’s blast from the point was able to sneak past him. Xhekaj has tallied three points (1g, 2a) in nine games played.

Switching over from the skaters, the Vegas Golden Knights goaltender Logan Thompson deserves some love. Robin Lehner, Vegas’ regular starting netminder, will miss the entire season due to a hip injury.

Thrust straight into the action, and as a rookie nonetheless, Thompson has exceeded expectations so far. The Golden Knights’ 7-2-0 record sits them at first in the Western Conference and second overall in the league. Of those seven wins, Thompson has four of them. Even more impressive, two of them were shutouts. This performance ranks him fourth in the league in save percentage (.943) and fifth in goals against average (1.69).