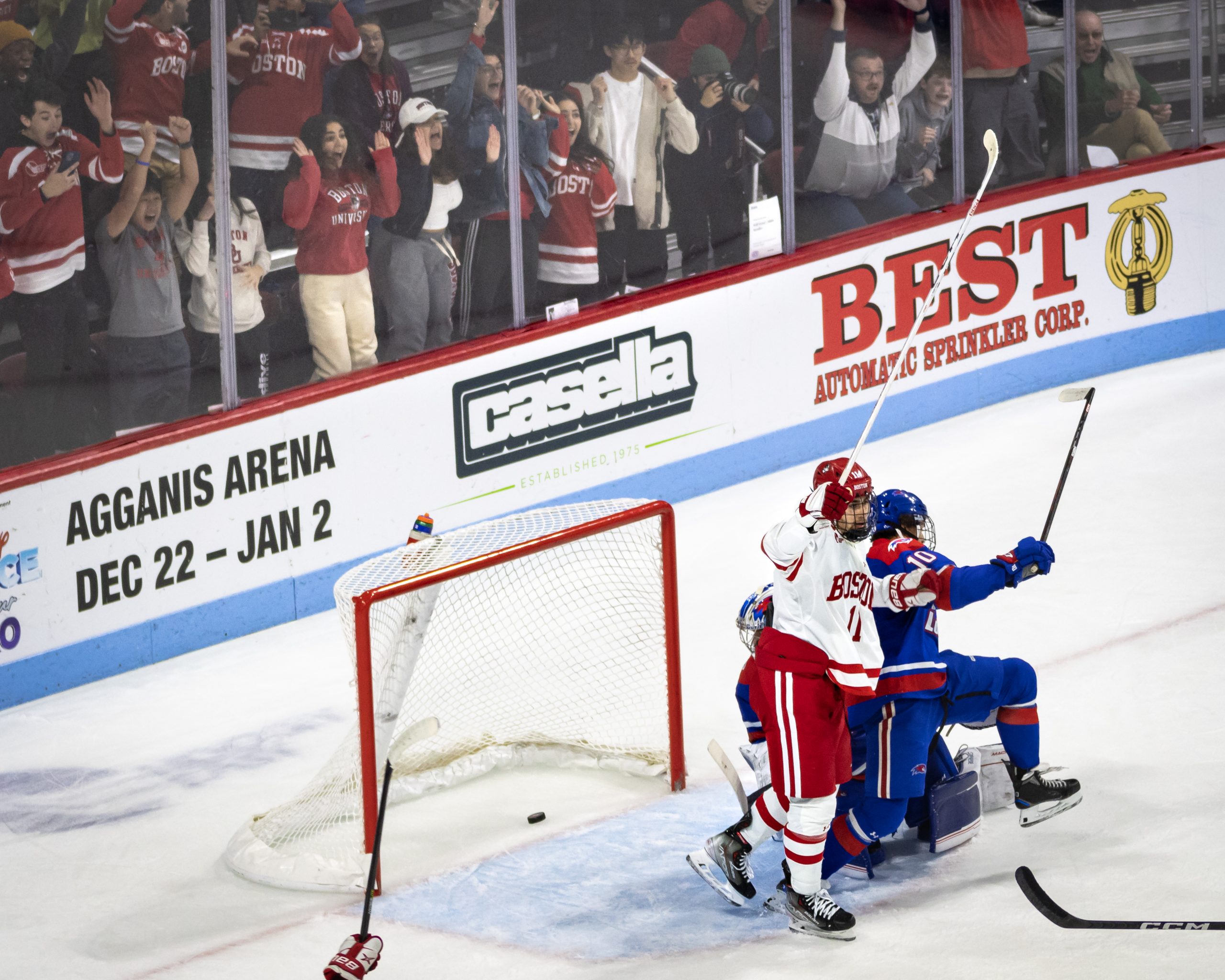 The No. 9 Boston University men’s hockey team rallied late against No. 18 UMass Lowell to secure their fourth win of the season, with a 2-1 victory over the River Hawks on Saturday at Agganis Arena.

Freshman defenseman Lane Hutson had a standout performance, scoring an extra-attacker goal with 2:09 left in regulation to tie the River Hawks. Hutson secured the win for the Terriers at 2:29 in the extra session with an unassisted goal. Lowell’s Matt Crasa put the first goal on the board late in the second period, forcing the Terriers to turn up the intensity going into the third period.

Below is Jacob Ireland’s photo gallery from the game: