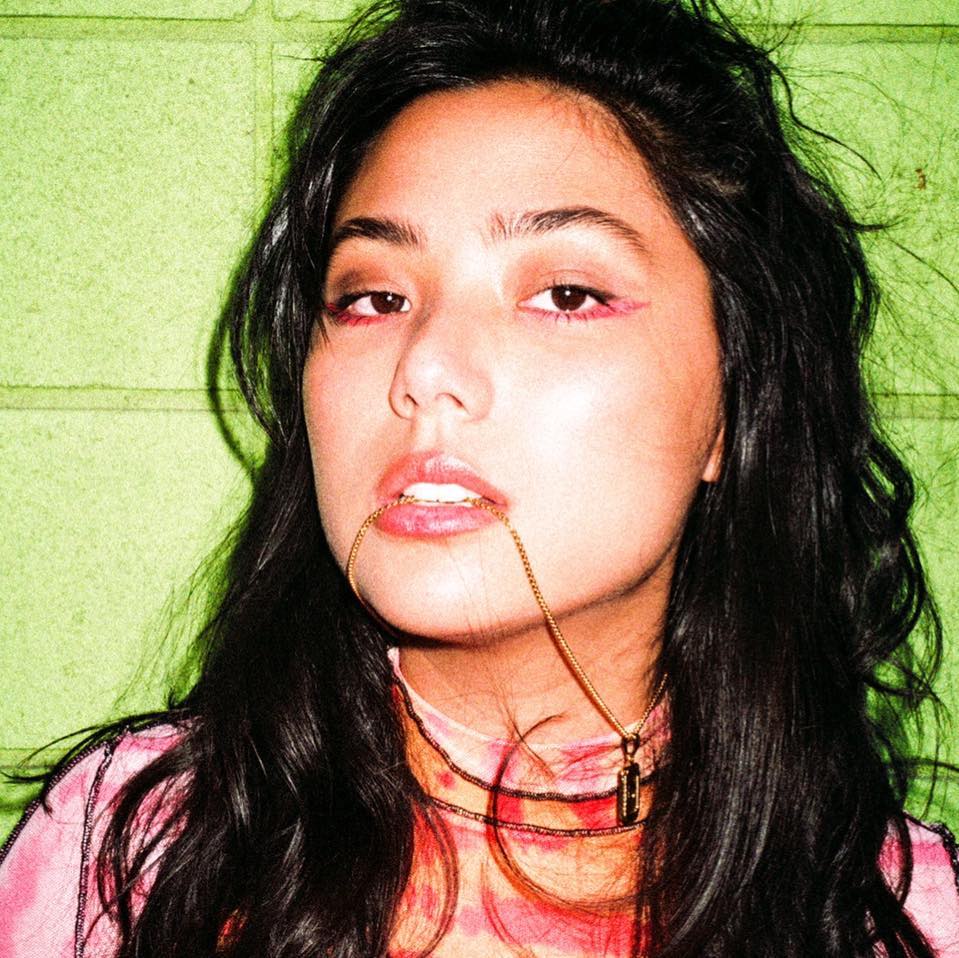 How are you feeling? What are you thinking about before the show?

I’m excited, it’s kind of one of our bigger rooms on this tour so I’m stoked to play it. The lights look really amazing.

Do you usually have a song you look forward to playing live?

I’ve been having a lot of fun playing the new songs cause they’re what I’m less familiar with and so they kind of keep me present.  I do have to think about it a little bit more and they’re really really fun.  So, I think the two new ones are really cool. We just played Firefly, so it was our first time playing outdoors and it was also the first time on the tour playing to a lot of people that didn’t know the music.  It’s really nice to kind of convert people to the music.

What’s the difference between playing at a bigger festival versus your intimate tour?

I think it’s a bit of a whole different situation ’cause what’s nice about the festival, especially at Firefly, they treat artists sooo good!  There were puppies backstage, free catering, food’s bomb, free drinks throughout the whole festival.  It feels like you play for 45 to an hour but you are attending a festival after so it adds a little spice to it.

I know you’ve worked in management a little bit before, how has that influenced how you’re approaching music?

I’d like to say the best artists out there are business heads, you know what I mean, but I don’t really know every good artist.  But I feel like it does help, I feel very invested in the business side of stuff.  It is running like a company in some sense.  Making sure you’re not overbuying merch, or overspending here, like making sure everything is balanced and you’re making smart decisions with the money that you do have.  You know, making sure you are paying everyone on your team what they deserve to be paid, but also if you don’t have money, how do you gauge?  It’s a lot of sacrifices and making mistakes, also, and just being okay that you made a mistake and being okay to hear out the people around you and what they have to say.  I want to be involved in that side of stuff because you don’t ever wanna be that artist that screws someone over because you just weren’t aware of what was going on, and that does happen.

A lot of times it’s not their fault, it’s just a management team or their label will make a decision without them involved because they’re not the type of artist to be involved.  Just, in general, wanting to be portrayed and known as an artist that really wants to be involved in that side of stuff so you’re always represented in an honest way.

Do you think that gave you a little bit of a heads up or an advantage?

How did it feel working with huge brands like Saint Laurent, Hermès, American Eagle?

It’s sick, it’s honestly so crazy.  Mostly it’s insane, and I’m like, ‘cool, but also why, what’s good?’  But definitely some adjacent imposter syndrome.  I think it’s fun because it kind of opens up the kind of possibilities for the future, being in music.  It’s the first kind of few glimpses of, ‘that’s really cool.  I can work with fashion houses, or I can do stuff that’s not just music only.’  And those are really cool collaborations and also it’s just really fun to be like, ‘yup, I did something with YSL.’  But yeah, it’s been a lot of fun.

Has that changed anything at all for you: how you market yourself or the music you make, having fashion involved in it?

It makes me, I guess, a little bit more aware that fashion is a part of music now.  It’s just a part of the brand, is like the way you are dressing and presenting and stuff.    But, I try to think of it more of just a way to have fun as well.  Definitely not any time soon am I spending five grand on a YSL outfit, you know what I mean.  I’m definitely not at the designer level, for sure.  I’m still thrifting, and DIY, and reaching out to local designers and stuff like that.  Cause it’s also just cool to put people on and find people that are just starting out and doing cool things.

Do you think having a platform is giving you a new voice to approach different projects that you’re interested in, like fashion or anything other than music?

TBH, what’s really really cool is that people will reach out and ask if they can send a pair of sunglasses.  I’m definitely sort of someone that is wary of spending a lot of money on clothes, so it’s been really fun to have these cool one-off pieces that I can add to my wardrobe and play around with and it’s made me feel a bit more creative.

Honestly, just being able to do a headline tour has been really crazy.  I didn’t think that I’d be able to do it this soon.  I think it was definitely in a mindset of, if I was gonna do anything this year it would be a one off in LA, Chicago maybe situation.  Even when my agent proposed the routing I thought there was no way these tickets are gonna sell, it’s not gonna work.  So, I’m super grateful people actually come to the shows in places that I’m not at all from.  That’s been really surprising, pleasantly, to be like, oh there’s really people here that do listen to music, so that’s really cool and special.

Was there a moment where you realized, ‘wow, this is literally happening?’

Honestly, it’s an everyday thing.  It’s easy to get caught up in the details and logistics and the scheduling and when to wake up and how long we have to drive today.  So, I think being in the room and playing the shows and kind of nudging myself to be present: it’s a huge way to feel grateful and remember that this is truly insane.  A year of many firsts, definitely this year has been.  So, just reminding myself to be present and practice gratefulness and mindfulness.  I think that’s really important.

Your last EP, Splinter, is much darker and dramatic than the rest of your discography.  Is this marking a turning point?

I wanted to have a more cohesive roll-out situation originally, so I hired the homies Angela and Jeremy to Silkan and we did a shoot together to put together photos and visualiser.  It was definitely more of an abstract, darker tone to it, which I really like.  Which kind of goes, a little bit, with the music for this EP.  I just wanted to create a bit more of a world and experiment doing something that’s just one shoot, one day to encapsulate a whole EP.

That is so sick.  Well, thank you for taking the time to chat with me, this was great!

Of course, thank you!  Have fun tonight!