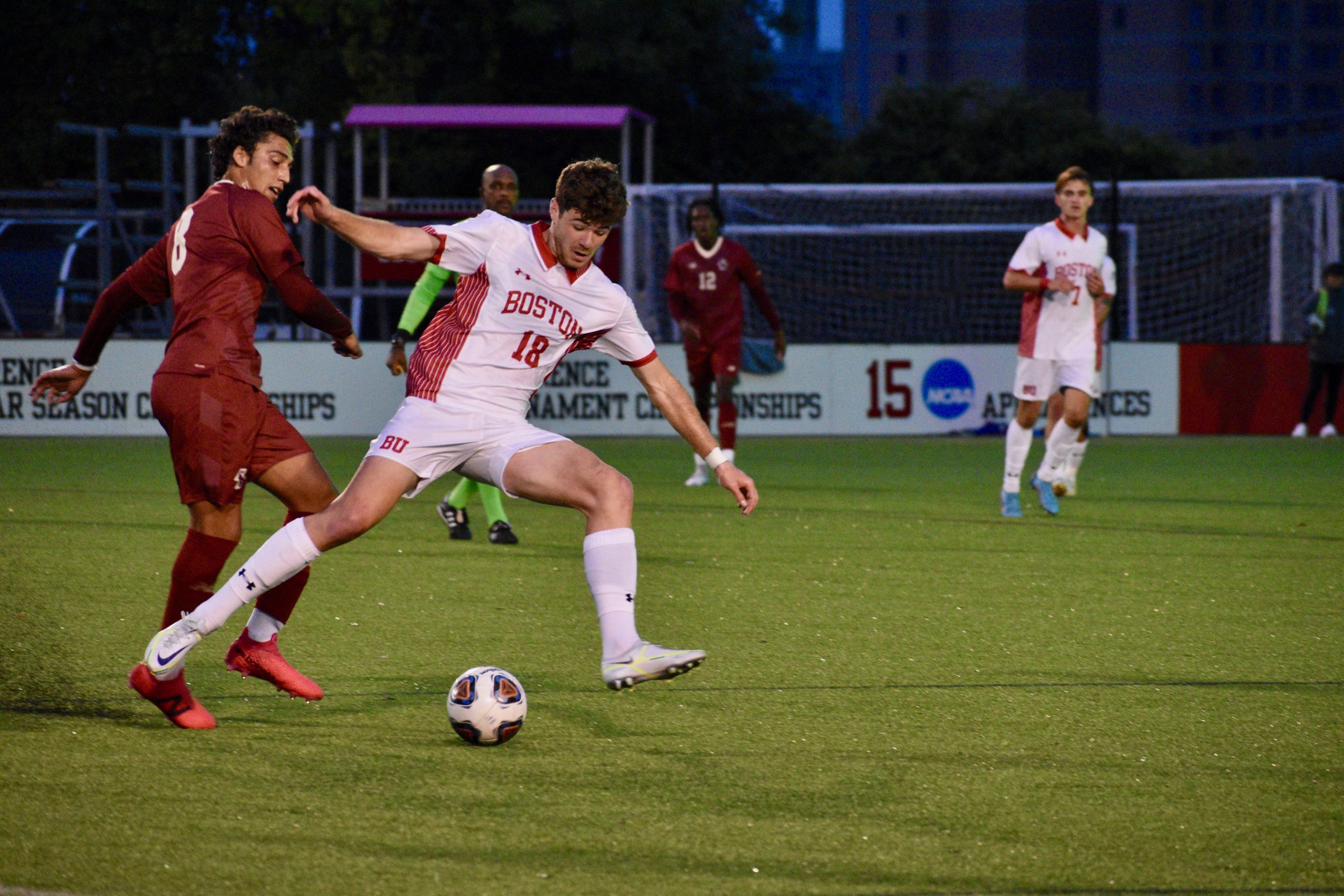 The Terriers came into the clash with Lafayette off of a 0-0 draw in a rivalry game against Boston College, limiting the ACC outfit throughout the game. BU continued their strong defensive form into the matchup against Lafayette.

“I think it was a really good performance by our guys,” BU Head Coach Kevin Nylen said. “The unfortunate part is we didn’t find a goal.”

BU outshot Lafayette 12-7 on Saturday, this included a long-range effort from forward Andrew Rent in the 83rd minute, which looked destined to give the Terriers the lead. However, the ball struck the crossbar and went out of play.

BU’s defense caused issues for the Leopards all game long, as the away side were ineffective going forward. This was represented in the 85th minute when Lafayette hit a crucial free kick far over the BU net, not troubling goalkeeper Francesco Montali.

While BU looked strong defensively again, their offensive struggles continued as the goalless draw with Lafayette marked their third consecutive game without scoring.

“You have to trust the process. We’ve not conceded goals and so we’re in every game,” Nylen said. “I thought tonight we created a lot of chances. The unfortunate part is we didn’t find one in the back of the net.”

The Terriers are now unbeaten in their last seven home games at Nickerson Field.

“We talk about making it really difficult for teams to play here,” Nylen said. “Anytime you’re at home, you have an advantage.”

BU will look to keep up their unbeaten run at home against Army on Wednesday at 7 p.m. at Nickerson Field.