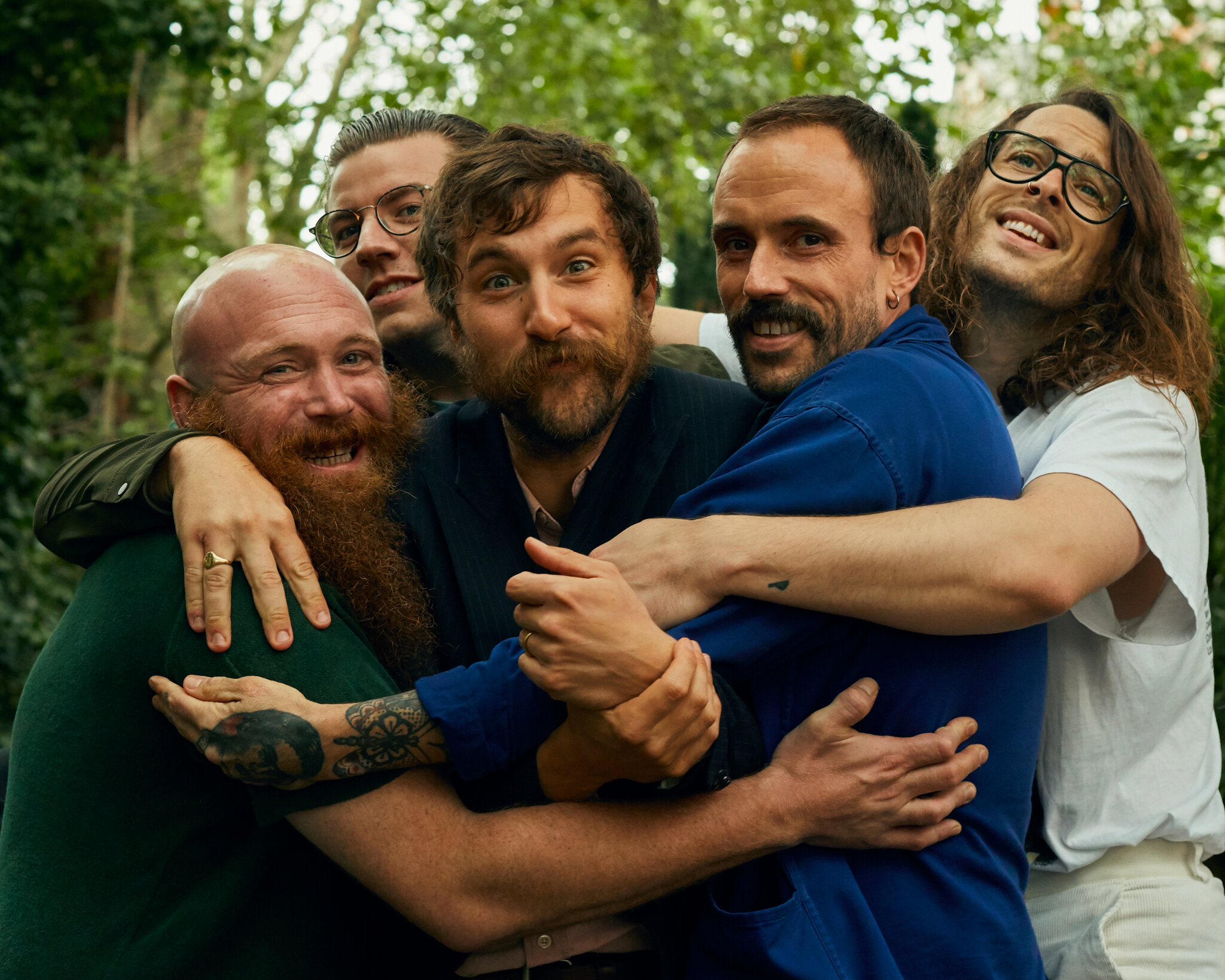 The only thing that could cut through the putrid stench of the talkative drunk next to me was the sound of Adam Devonshire’s bass.

The simple strum arose against ticking drumsticks and a restless crowd. Then the congregation settled when frontman Joe Talbot’s voice, almost as gritty as the repeating bass chord, leaned in quietly with “I was done in on the weekend.” Slowly the song builds on itself with its unusual layout and then hits a wall of silence. The crowd slows down. Seconds later, you hear “ONE TWO! AYYYEAHHHHAHAAA DON’T WANNA BEEEEEEE.” And the mosh pit re-commences.

After the end of their second song, Talbot looks into the crowd and waves right, middle, and left. “How is it in those nosebleeds?” He questions. He then takes the time to thank the audience. After a year of touring, they have come to their final US solo show and plan to take a break to write. This address fills the evening with a bittersweet atmosphere, but Idles, as their documentary is titled, “Don’t Go Gentle.”

Talbot orchestrates the crowd, splitting the giant venue in two. He then asks the congregation with a sinister grin, “Are you ready to collide?” Then in a more parental tone, he asks, “Are you ready to take care of each other?” Talbot stands back to look at his work. “It’s like that sea in Braveheart. FUCK THE KING!” Now, whether that was about the film or the current state of events, I cannot comment. However, it was followed by the crowd screaming it back to the stage and the energetic intro to “Mr. Motivator” announcing itself.

The audience proved to be “ready to collide.” When the chorus kicked in proclaiming, “LET’S SEIZE THE DAY / ALL HOLD HANDS, CHASE THE PRICKS AWAY,” the crowd became one again. The line that had parted the congregation was now blurred to the extent that people were hovering above it. Throughout the evening, bodies would float above that vanished line on top of people’s heads.

Every time someone would wash over the crowd to the barricade in front of the stage: a hefty bald man with a white beard would pick them up like a mother does a babe. Then with conveyor belt-like efficiency, he would place them back on their feet, and you could watch as they darted away back into the sea of people.

Idles, however, had a bit more patience for the audience, knowing exactly what the crowd wanted. Ahead of playing one of their most beloved songs, “I’m Scum,” Talbot spat on the stage before smirking at the sea of people in front of him. “I don’t know,” he said. “Do you think there are any scumbags here?” Elated, the crowd howled back. Talbot took it in before saying, “I guess we’ll skip that song then.” Even louder, the congregation screeched at the stage. Talbot responded, “ANY FUCKING SCUMBAGS?” Before drummer Jon Beavis slammed the drums marking the song’s intro.

Idles wasn’t going to give into the audience freely, though. The song began with an extended intro which saw Talbot swap positions with guitarist Mark Bowen. Talbot placed the strap of the instrument above his head, and Bowen, clad in a grannie’s dress, picked up the mic and sang unintelligibly into the mic before waltzing to the back of the stage, where he helped with the drums. Not to be left out, bassist Adam Devonshire jumped off the stage and, with the help of security, was lifted before he dove straight into the outstretched hands of the congregation and was placed down in the center.

On stage, Talbot instructed us once again. “BOSTON! GET LOW! Get low. Get low. Get low.” He waited until everyone on the floor was on their knees, Devonshire included. Once satisfied with the crowd’s placement, he began in a low voice, “I’m just wondering whether high streets gone, cause I’m scum, I’m scummm …YEAH!” With the signal, the entire floor shot up and shattered into each other. They screamed at the top of their lungs. Immediately upon entering the mosh, you were met with the slick sting of a sweat-soaked t-shirt and the widest grins you’d ever seen.

After “I’m Scum,” Talbot returned the guitar to Bowen before embarking on an earnest dedication for “Danny Nedelko.”

Before reaching the song’s end, Bowen again departed from his guitar. It was his turn to jump off the stage, but he brought the mic with him this time. He made his way to the center of the crowd, no simple task. Upon the hands of the congregation, Bowen gained his balance. Then he begins the chant that climaxes, and concludes the song. “The D, the A, the N, the N, the Y… The F, the U, the C, the K, the Y, the O, the U.” Using the last bit of his balance, he pointed his hand out to people in the crowd as he yelled, “AND YOU, AND YOU, AND YOU!” Right as the last sound escaped Bowen’s lips the audience converged and he dove on to his back, riding the eager wave of people as he tried to hold down the edges of his dress.

At the end of their set, Idles helped everyone return to earth. Talbot summed up the evening by saying, “It’s been a real fucking dream playing here. What a magic night.”