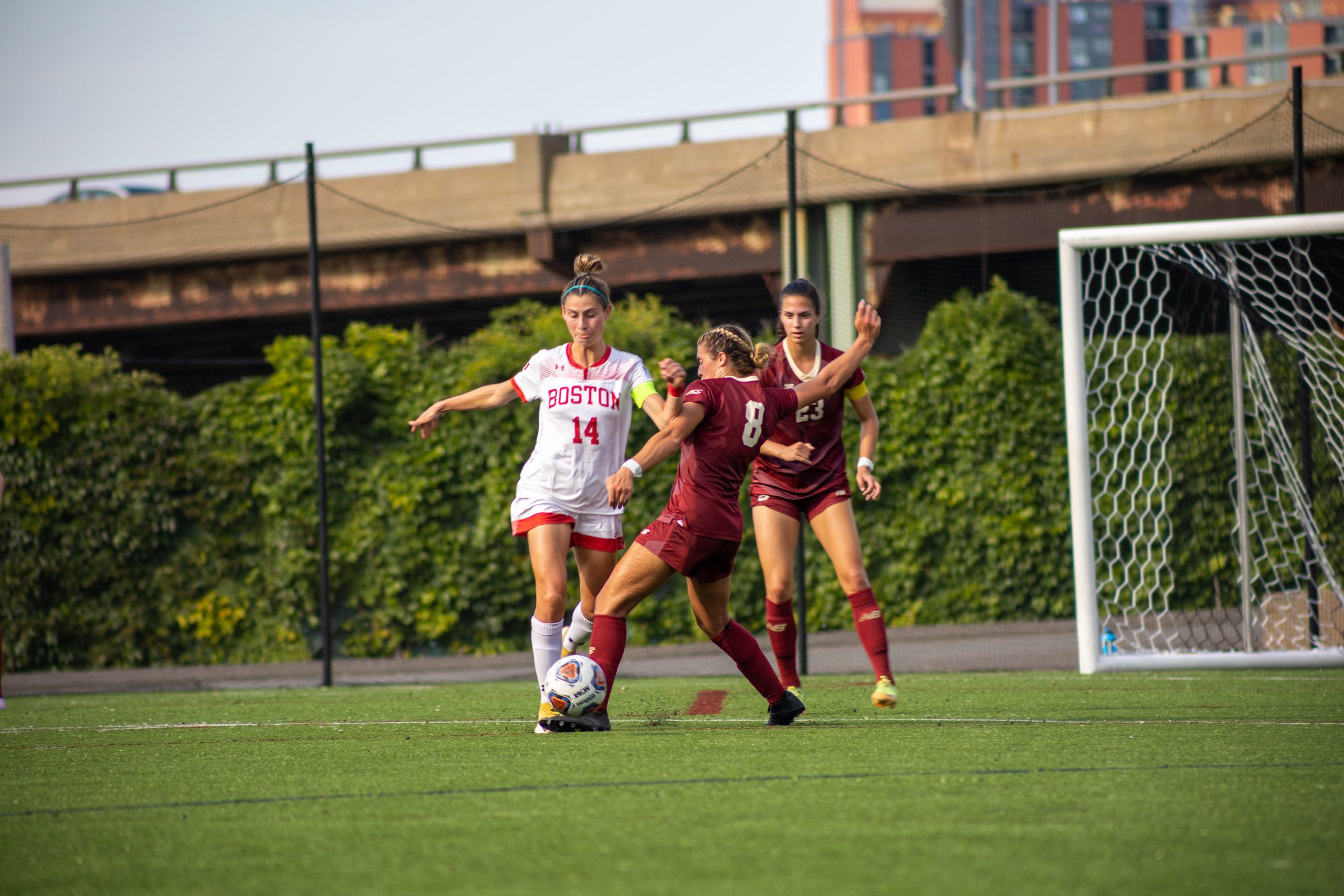 Throughout the game, both teams were able to find opportunities in the attacking third with the Terriers just edging out the Raiders in shots 10-8. Midfielder Sophia Woodland and forward Amy Thompson took the bulk of BU’s attempts on goal with seven shots between the pair.

Although the Terriers enjoyed an advantage in shots and corner kicks, only the home team could muster a decisive finish. In the 59th minute, junior Maddie Cappillo put a ball across the box toward Amano, who finished impressively over the diving hands of goalkeeper Gretchen Bennett to break the deadlock.

The Terriers had chances to equalize in the remaining minutes, but they couldn’t find a finishing touch. BU’s inability to score goals on Wednesday continues a theme of inconsistency in the final third this season, as the Terriers have only scored 11 goals through 10 games.

The Terriers will look to rebound in their first home game in 20 days on Saturday when they take on Navy at 1 p.m.