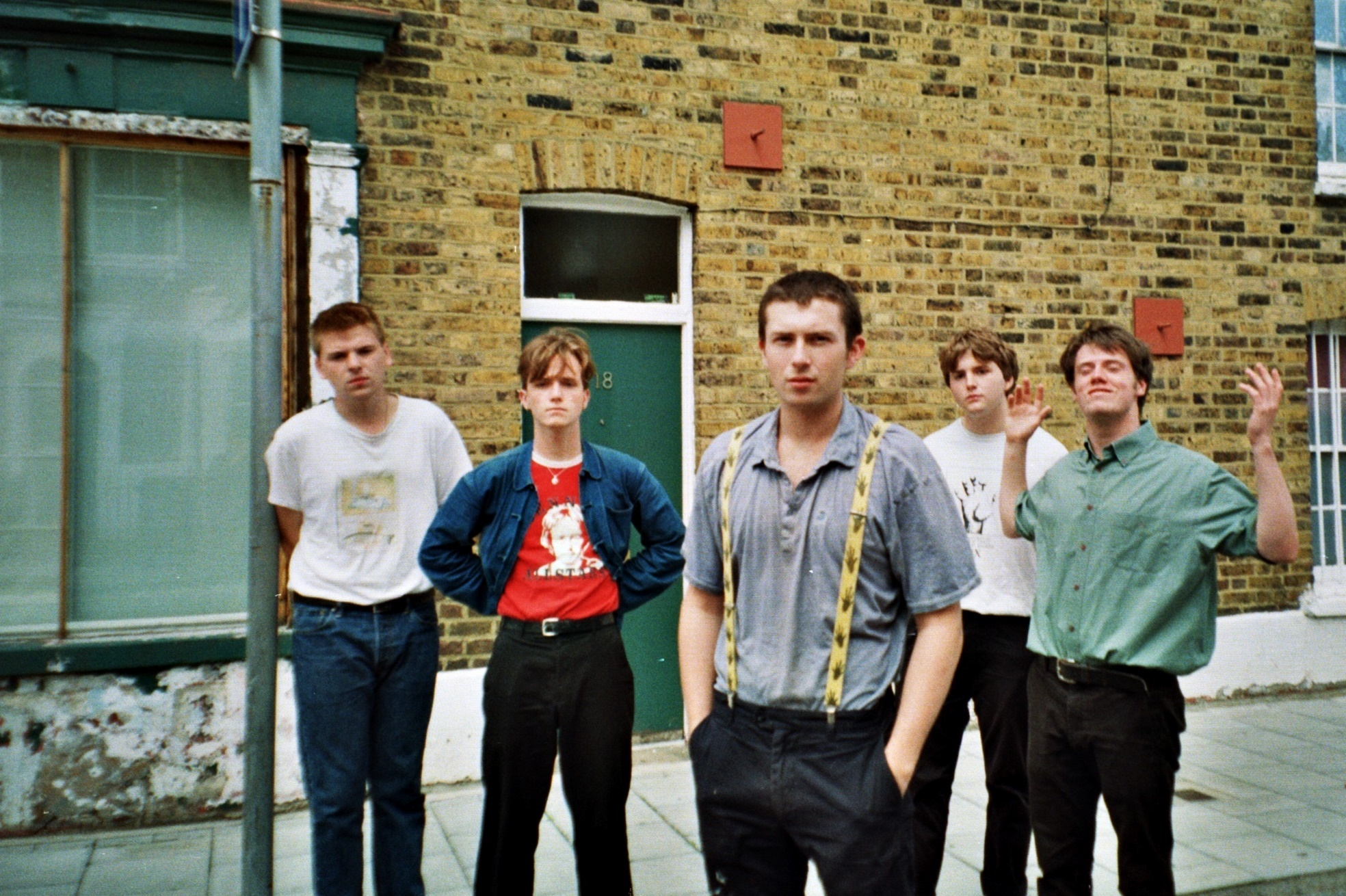 “North America, this is rare footage of what a Shame show actually looks like. Don’t be fooled by the smoke and mirrors if you’ve been to one our gigs and ‘seen’ other people there, this is simply an illusion.

There’s only ever two people in the crowd, one throwing up the devils handshake as the other sips from a half drank bottle of Pastis.”

Shame described their North American gigs in an Instagram post with this caption. While their character shined through their witticism and humbleness, their description luckily turned out to be untrue.

At the Sinclair in Cambridge on September 7th, there were, in fact, more than two people in the crowd, and I did, in fact, ‘see’ other people. And I am quite sure that I wasn’t subject to an illusion because its hard to mistake a mosh pit for an empty room.

Shame wandered onto the stage with frontman Charlie Steen paying tribute to the crowd, clad in a “Cheers” shirt with Boston written across the bottom. Immediately they went into playing “Alibis (One Cools Jazz) from their upcoming album. Since the song was unreleased, the energy in the crowd was still uneasy until Sheen addressed the congregation, expressing his excitement for being back in Boston. With a wide grin, he announced that their last visit was in 2019, and “there were maybe ten people.” The pride in filling the room was evident in all band members’ faces.

While bassist Josh Finerty struggled to swap instruments for the next song, Steen continued to rile up the crowd by assuring everyone that should there be issues, “we’re gonna keep on playing.” As he ended his speech, which he spoke in a slow, deep, gravelly voice, the single pluck of the guitar chord announced the beginning of “Alphabet,” one of their popular songs. Steen’s coarse voice roars, “are you waiting to feel good” and the congregation responds by throwing themselves into a mosh.

As the song slowed, the moshing calmed down, and the stench of spilled beer and BO rose through the crowd, creating a hot air that stuck to your skin. As he caught his breath, Steen proclaimed that Shame was working on their third album, just a year after their sophomore album “Drunk Tank Pink,” and would Boston like to be the first to hear it? A screech ran through the crowd, and after smirks took over the band’s faces, “Fingers of Steel” began to play.

The audience didn’t react to the sound alone. Steen was one with the congregation, standing on a four-foot-tall stage with no barricade. From time to time, he would crouch down, becoming level with some of the faces in the crowd. When “The Lick” began to play, he motioned to the masses to come together. Then he stepped off the stage and onto the outstretched hands of the mob, gaining his balance while sitting like a frog; he sang right up until the climax. He whispered alongside the pack, “I don’t want to be heard if you’re the only one listening,” then, shooting into an upright position, he screamed “BOSTON” before throwing himself into eager hands. Then the beat drops, and as one, the venue howls, “BATHE ME IN BLOOD AND CALL IT A CHRISTENING!” Steen floats on jumping hands back towards the stage with his legs in the air.

This action unified the crowd in both emotion and temperature. Not a single dry shirt existed in the crowd, whether through your own sweat or somebody else’s. Steen was no exception, and he removed his “Cheers” shirt before continuing into the next song.

This next bit was my favorite of the entire evening, as it involved me the most. “Six-pack” began to play. Whether he took his shirt off in correlation with this song, I don’t know, but that’s beside the point. The song started slow and employed his dark, slow and guttural voice. He crouched down, moving his head along to the music. Now somewhat level with him, I took off my sunglasses and held the specs up. He took them and fitted the glasses to his head, continuing his slow speech. In the style of putting on a show, he continued his oration, now directed at me. His hand pointed in my face until he stood up, increasing his volume and addressing the crowd, “YOU’RE JUST A CREATURE OF BAD HABIT! YOU’VE GOT NOTHING AND NO ONE TO LIVE FOR!” Then reaching the head of the song, he put the microphone into his pocket and began to rapidly hip thrust while Finerty sprinted back and forth across the stage, bass in hand.

The energy that radiated from the stage began to infect the congregation. A crowd member, who Steen had previously admired for having such beautiful locks, somehow ran through the tightly packed floor and jumped onto the stage. He used the platform’s edge to propel himself into the crowd, flying freely for a split second before crashing down on an unsuspecting mosh pit. All I saw in the three seconds it occurred was a flash of black hair, then tennis shoes perching themselves inches from my face. The event, at first, caused concern for the band because all they saw was a shadow sprint towards them. They then erupted into laughter after seeing the outcome of the action.

The set reached the end, and finally, they announced they would be playing their most famous song, “One Rizla.” Steen proclaimed that it had been three years since they had performed it, and they had tweaked it to perfection. Then you hear the four slaps of Charlie Forbes on drums, followed by Eddie Green’s faced-paced solo, and finally, “MY NAILS AIN’T MANICURED!” Steen again lowered himself on the stage: hands outstretched to the crowd belting, “AND YOU CAN CHOOSE TO HATE MY WORDS / BUT DO I GIVE A FUCK!”

At the end of the song, while Green finished it out, Steen stood atop the speakers at the edge of the stage, towering over the crowd. He held the mic stand above his head like a conqueror at the end of a battle, dripping in sweat and ecstasy, having triumphed over the crowd that night at the Sinclair.