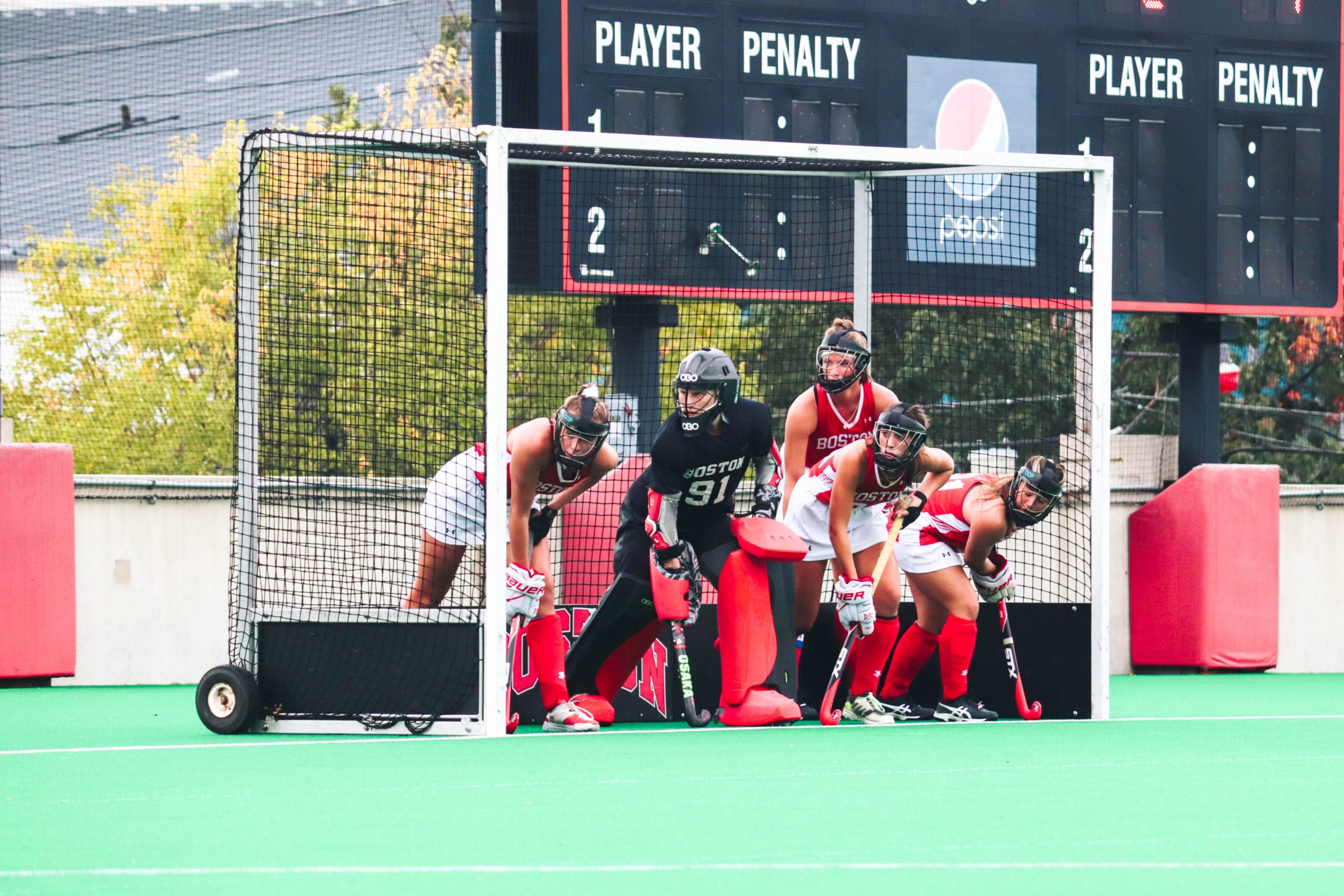 The Boston University field hockey team (3-5, 1-0 PL) played a close match on Monday against the No. 20 UMass Amherst Minutewomen (6-2, 1-0 A10). Despite the Terriers holding up against UMass’s defense, they fell short in the 2nd half, losing 3-1.

The game remained scoreless for the first half thanks to multiple saves by senior goalkeeper Caroline Kelly and blocks by the Terriers’ defense. However, that all changed in favor of the Minutewomen as almost every shot in the second half was saved by UMass freshman goalkeeper Myrte Van Herwijnen, who was a member of the Netherlands National under-21 Team.

The first shot of the game was from freshman forward Martu Coulo just before the two-minute mark. Besides UMass receiving the first penalty corner of the game, BU held control of the ball for the majority of the first quarter.

UMass midfielder Claire Danahy received a green card at the 12:11 mark, followed by Steenssens receiving one at 12:50.

The second quarter was also limited on notable plays from either side, though UMass dominated offensively. Despite receiving two penalty corners and four shots, the Minutewomen couldn’t get the ball into the back of the net.

The Terriers got the last plays of the quarter, which consisted of two shots from junior forward Tess Csejka and senior forward Ellie McIntyre. BU went into halftime successfully holding off the Minutewomen.

Coming out of the half, the Terriers scored the first goal of the game as Csejka pushed the ball past UMass’s circle. BU’s luck ran out shortly after, though, as a penalty corner was awarded to UMass’s stat leader, senior midfielder Jess Beech.

This penalty corner led to back-to-back goals by the Minutewomen. The first goal was scored by Danahy, and was shortly followed by the second from senior forward Steph Gottwals.

The Terriers fought back after being awarded a penalty corner, but each of the three shot attempts proved to be unsuccessful and none could get by Van Herwijnen.

The fourth quarter started off with Danahy scoring her second goal of the game.

The Terriers will move on to play Holy Cross on September 24 at 1 p.m. at Harvard’s Berylson Field in Allston, Mass.