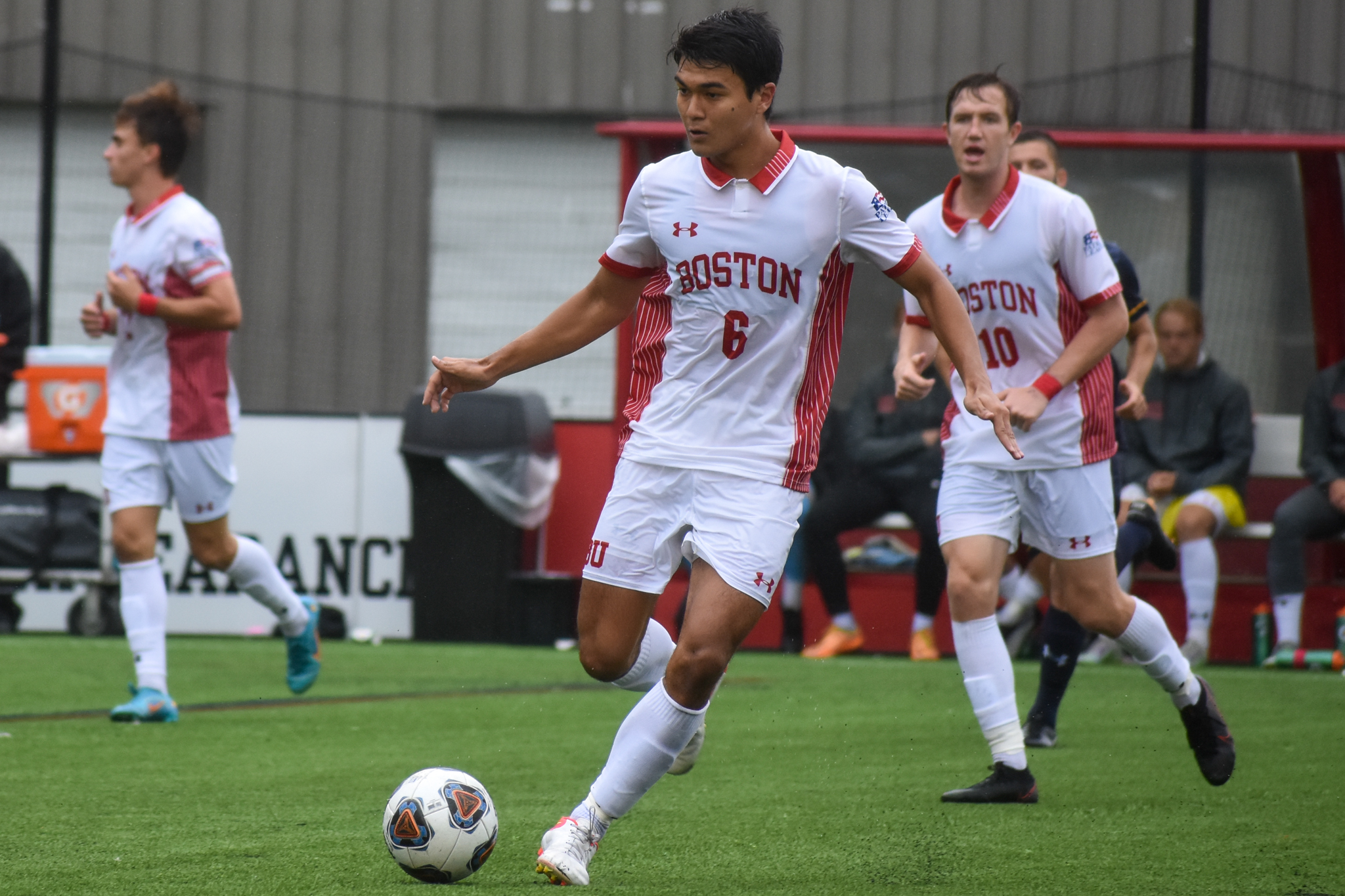 The Terriers struggled to create much going forward all night and made sloppy defensive mistakes that were not consistent with the solid defense displayed earlier this year.

Through their first four games, the Terriers allowed just two goals and went unbeaten. In their last two games, they have been outscored 5-1.

“It was a tough way to start Patriot League play tonight,” Terriers Head Coach Kevin Nylen said. “I thought physically they were stronger than us tonight. When you lose a game 3-0, not a lot of good things took place.”

For large parts of the first half, BU dominated possession but were unable to create any clear-cut chances. Andrew Rent and Eitan Rosen looked most likely to threaten the Colgate net, but much of that partnership’s good linkup play came undone due to sloppy passes in the final third.

The Terriers looked set to take a 0-0 scoreline into halftime, but a corner following a Colgate free kick in the 44th minute saw Raider freshman Ethan Harris score his first collegiate goal after the Terriers failed to clear the ball.

“I don’t want to say the first goal was undeserving,” Nylen said. “We just have to be better in clearing the ball and dealing with corners.”

Nylen responded to Colgate’s goal with a couple of substitutions; Gianluca Arlotti came on at left wing-back, and Brian Hernandez replaced Tyler Johnson at striker.

“We thought that this would be a good position for Johnson to start,” Nylen said. “Early on, I talked to him about just holding the ball up, and I thought as the game went on he did a good job of such.”

In the 63rd minute, Nick Steed found a second goal for Colgate. It came in a similar fashion to the first: BU were unable to clear their lines following a corner, and Steed was in the right place at the right time to double Colgate’s advantage.

“We have to be able to deal with set pieces better. That’s what this league is based on—set pieces, direct play, physical play,” Nylen said.

Just two minutes later, Max Edelstein let rip from well outside the box and saw his shot deflect off the crossbar, onto the back of BU goalkeeper Andrew Wike, and into the net for Colgate’s third of the night. Wike was in goal for the first time this season as starting goalkeeper Francesco Montali was out due to COVID-19 protocols.

BU will look to respond in their three-game homestand next Saturday at Nickerson Field in a Battle of Comm. Ave-bout against Boston College at 6 p.m.