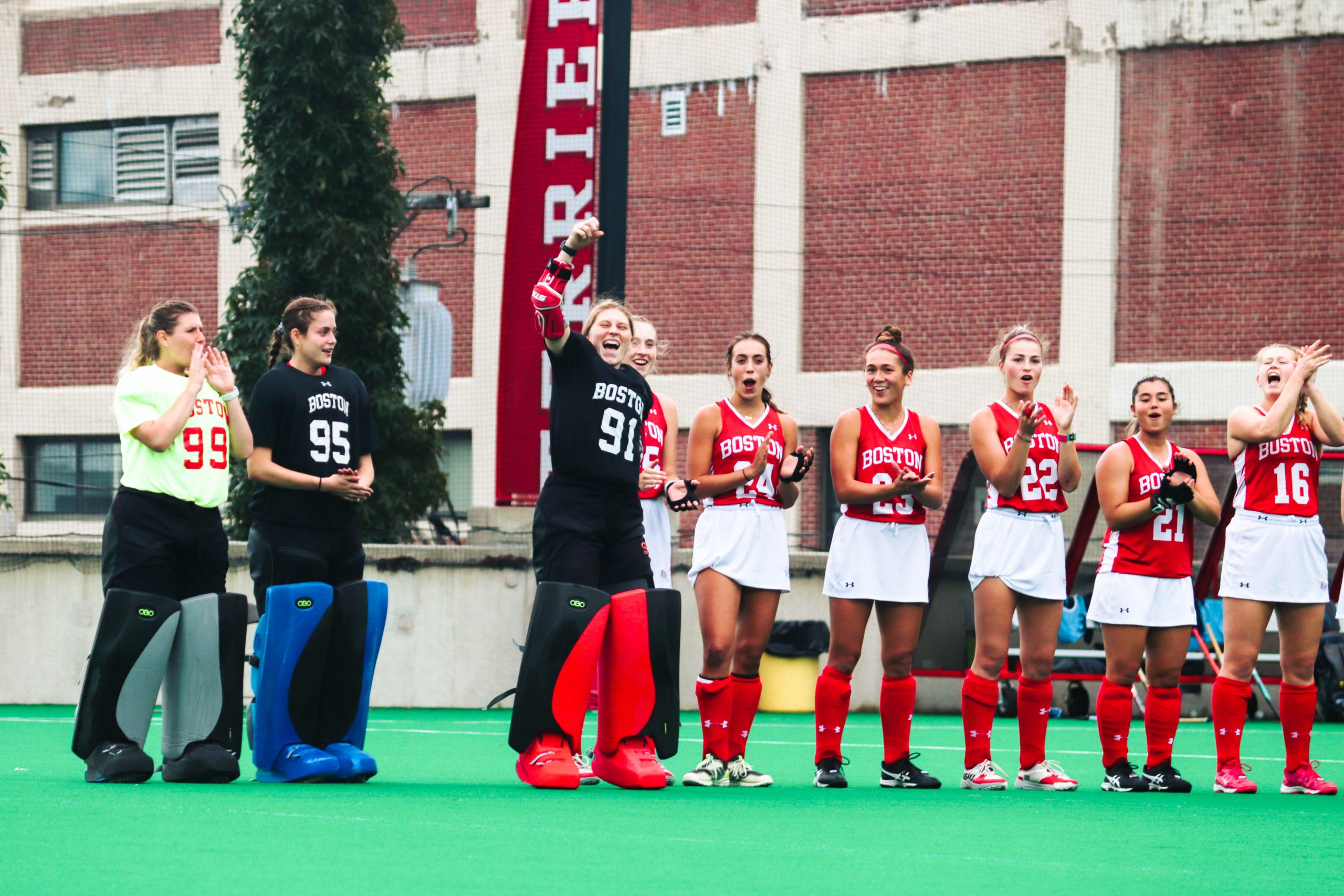 The Boston University field hockey team will look to improve its 2-4 record with a pair of games starting this weekend.

On Saturday, the Terriers are set to host the Lehigh Mountain Hawks (2-3-1) for their first Patriot League matchup of the season.

Lehigh is coming off a 4-3 overtime loss to Wagner College and will be hungry for a win. All six of those regulation goals came in the first half, so the Terriers will need to strike early if they want to find success. A key player to watch is Lehigh’s junior midfielder Abbie Brown, who collected three goals and one assist in her last two games.

The two teams will face off at Berylson Field at 1 p.m.

The second game will take place on Monday evening against the UMass Amherst Minutewomen (5-2-0). UMass is coming off a defiant 6-1 victory over the St Louis Billikens — a team BU narrowly beat.

UMass senior midfielder Jess Beech is a player to look out for. She leads the Minutewomen with four goals on the season, two of them coming during her last game.

BU’s goaltending tandem of senior Caroline Kelly and junior Kate Thomason will be put to the test against an offensively strong UMass roster, which ranks third in the Atlantic 10 Conference. Kelly has started all six games and Thomason has subbed at the half during each.

The game will take place at Gladchuk Field Hockey Complex in Amherst, Mass. at 4 p.m.