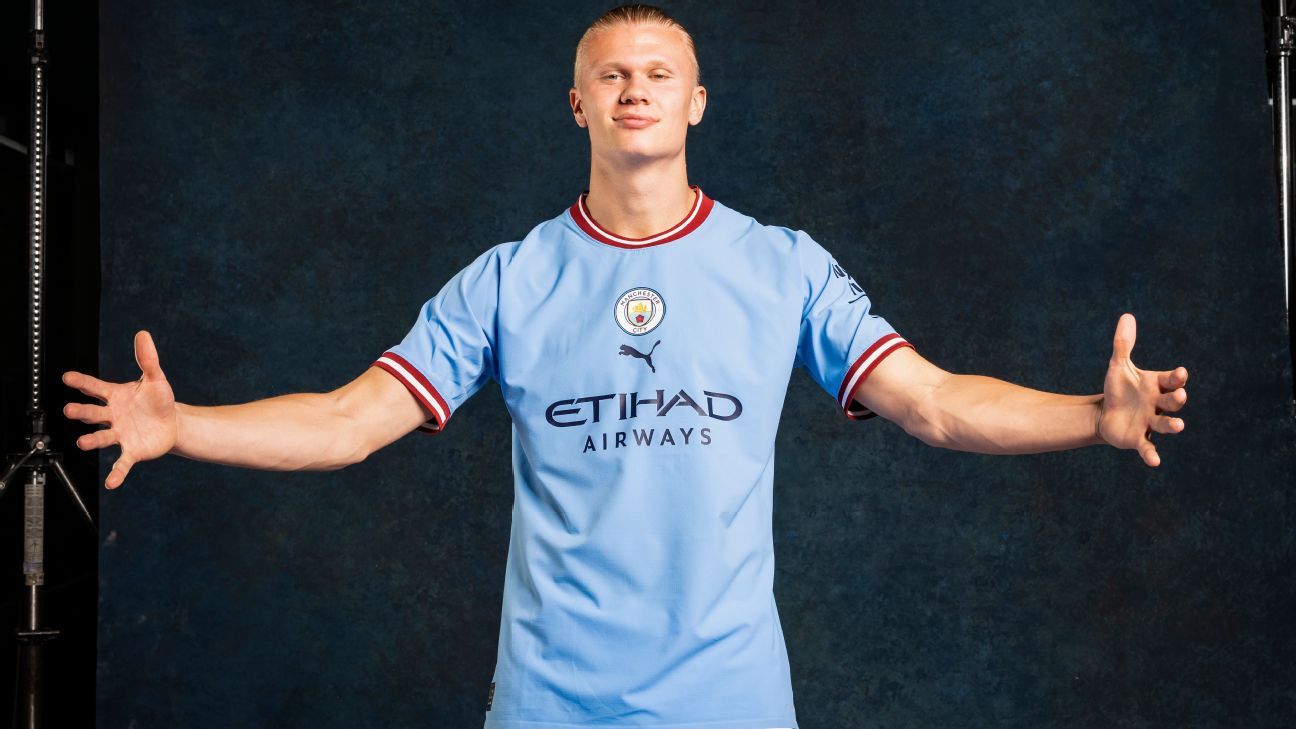 With over $1 Billion spent this summer on transfers by English Premier League clubs, it’s time to review who spent their cash well, and who could have improved a bit more.

Arsenal’s key summer signings this window came from Manchester City in the form of Gabriel Jesus and Oleksandr Zinchenko. After winning their first five games of the season, it is clear that these two players, who have slotted straight into the starting lineup, are difference-makers. Jesus has been nothing short of world-class since making the move, and Zinchenko’s quality has leveled up at the left-back position, which had been such a problem for the Gunners due to the injury history of Kieran Tierney. Beyond these two, Fabio Vieira and Marquinhos are two young, exciting players with great potential to develop into stars. The only thing that could have made this window an A+ would have been an extra holding midfielder, but if the starters stay healthy, Arsenal now has more than enough to challenge for top four and Champions League qualification for next season.

With signings like Philippe Coutinho on a permanent deal, as well as the acquisition of free transfer Boubacar Kamara, the star power and draw that manager Steven Gerrard has brought to the midlands club is clear for all to see. On top of these two, bringing in Brazilian defender Diego Carlos was an impressive signing; however, his Achilles injury could be costly. The question still remains if Gerrard has the managerial quality to get these talented players working in an effective style, but the players are there for Villa to at a minimum finish in the top half, if not compete for European qualification.

Bournemouth’s owners, I believe, are aware the club has little chance of staying in the league, otherwise they have done an awful job at trying to sign the players to keep them up. The Argentine defender Marcos Senesi has been highly rated for a while, but is not proven in the Premier League. Getting Ryan Fredericks on a free transfer is a decent bit of business, but Fredericks has never been able to consistently stay healthy. Overall, it looks like Bournemouth are accepting their relegation, as they have not invested nearly enough to stay up in England’s top flight.

Brentford are notorious for the quality of their scouting networks and ability to make cheap, yet high quality deals; this seems to have continued with their signings this summer. Full-back Aaron Hickey has been a player on the radar of Europe’s top clubs, and Brentford have snagged him for just $20 million. Keane Lewis-Potter seems to be the next big thing to come from the Championship, and his quick feet and quality fit right into Brentford’s style. While they did lose Christian Eriksen, the addition of Mikkel Damsgaard should provide a creative spark to ensure Brentford are safe this season.

Brighton and Hove Albion: B-

There are no two ways around it: Brighton got their soul taken away from them this summer. However, they did get a pretty penny in return. Marc Cucurella and Yves Bissouma were arguably Brighton’s two best players last summer, and now they are both no longer with the team. The good news is Brighton brought in a combined $105 million for them and have quality replacements. Billy Gilmour from Chelsea and Pervis Estupinan from Villareal are both suited to the type of football Brighton like to play. The question now is can they cope after having their manager Graham Potter taken from them by Chelsea?

When discussing Chelsea’s first window under new owner Todd Boehly, the word that comes to mind is scattergun. Chelsea spent a total of $310 million on a wide variety of players this summer, and now it’s down to new coach Graham Potter to get the best out of them. They did buy clear quality, Raheem Sterling was an astute signing, and Wesley Fofana has the potential to be the next great defender in the Premier League. My issues lie with the sums of money spent on these players, as well as the host of youngsters who have yet to play senior football which have been signed for the future. This window may turn out to be a defining one for Chelsea in years to come, but for now, Potter has to deal with a mish-mash of players and get them to play his style of football.

Palace’s recruitment over the past two summers has been nothing short of refreshing. Cheick Doucoure looks like a bargain at $24 million and can be the anchor for Patrick Vieira’s side for years to come. Malcolm Ebiowei is another player for the future that could blossom. Could Palace have done a bit more? Yes, probably. Still, Vieira is really shaping this team in his image and Palace are at no risk of going down this year.

Everton have had a peculiar window to say the least. For the first two months of the window, it looked like they were going to sign no one, and they had just lost their star player in Richarlison. Then all of a sudden, they signed Amadou Onana from Lille for $40 million, brought back fan favorite Idrissa Gana Gueye from PSG, and bolstered their defense with two Premier League proven defenders in James Tarkowski and Conor Coady. I don’t think Everton will get ahead of themselves this year, but I do think the business they have done will make them hard to beat and make sure they stay up this season.

Fulham have been one of the surprises of the season, looking refreshed and energized after their most recent promotion to the Premier League under the management of Marco Silva. A big reason for that is the signing of Joao Palhinha from Sporting Lisbon, who looks like a real steal. Kevin Mbabu and Issa Diop are promising signings for the defense, but Fulham’s success this season will hinge on the success of Aleksandar Mitrovic, and he hasn’t let them down so far.

There has definitely been an American flavor to this summer’s window for Leeds. The signings of Americans Brenden Aaronson and Tyler Adams seem to be good moves thus far, but their lack of Premier League experience could potentially be an issue. Marc Roca and Luis Sinisterra look like good replacements for Raphinha and Kalvin Phillips, but with major fees being brought in from the sales of Phillips and Raphina, I think Leeds could have spent a bit more on proven players as opposed to those who may still have some growing to do.

Pretty easy one for Leicester. They didn’t sign anybody and lost their star young defender Wesley Fofana to Chelsea on deadline day. His replacement in Wout Faes is a complete unknown in the Premier League. Leicester currently sit bottom of the league and Brenden Rodgers’ job is under serious threat.

Liverpool lost their star Sadio Mane and spent big bucks on Darwin Nunez, who could prove to be Mane’s equal in the long run, but that much is far from certain. Liverpool failed to really strengthen in midfield, and reliance on new signing Fabio Carvalho, who is just a teenager, seems risky.

The signing of Erling Haaland has quite literally made Manchester City a cheat code. They have no clear weakness and could quite easily walk the league this year. They spent $50 million on Kalvin Phillips to be a backup for Rodri, just in case they didn’t have enough depth already. If Haaland stays healthy, good luck stopping them.

If you ignore the fact they wasted an entire summer chasing a player who never wanted to come to United in Frenkie de Jong, you could say United did some good business, despite the massive price tags. Lisandro Martinez and Antony have followed manager Erik ten Hag from Ajax to the red side of Manchester. They both cost a hefty fee, but do have the potential to be world-class. United finally signed a defensive midfielder in Casemiro, and the free transfer of Christian Eriksen was a smart bit of business. I could have given United an A this summer, but just down to the chaotic nature and ridiculous money spent on lack of proven quality, they get a B+.

Following up their first window under Saudi Arabian owners, the Geordies have spent smartly once again. Sven Botman is a highly touted young defender, and a club record fee of $70 million on Alexander Isak is a mouth-watering prospect for any Newcastle fan. Slow and steady seems to be the approach from the new owners, and you can’t find any reason to argue with that strategy so far.

Nottingham Forest are a massive club and are finally back in the top flight after years of waiting. However, signing 21 new players is just plain crazy. Over $40 million on Morgan Gibbs-White is quality, but the price is a bit of a head-scratcher. Jesse Lingard on a free transfer seems to make sense, but these two players play the same position, which is a recurring theme amongst the squad. ‘Too many cooks in the kitchen’ is how I describe Forest’s window. They may stay up or they may go down, and therefore go bankrupt when they don’t have the money to pay all these players. We’ll see what happens.

Generally speaking, I like the transfer philosophy that Southampton utilizes. Signing a lot of young talent is definitely exciting and gives fans reason to hope. But many of the players they have bought such as Gavin Bazunu, Armel Bella-Kotchap, and Romeo Lavia are unproven in the Premier League. Now, they have all looked quality so far to start the season, I just don’t know if it is enough to absolutely secure safety in the league, which is what a club like Southampton should be going for.

Daniel Levy and the executives at Tottenham have fully backed manager Antonio Conte. Ivan Perisic and Yves Bissouma are quality players that will bolster the squad, and Richarlison up front adds to an already quality front line. Spurs now have the ability to fight at the top end of the Premier League, as well as have a good run in the Champions League.

West Ham have gone big this summer. Spending a whopping $200 million on the likes of Gianluca Scamacca, Lucas Paqueta, and Maxwell Cornet give manager David Moyes some real firepower up front. It has been a poor start to the season, but the Hammers finally have some quality squad depth and could make another run at a top seven finish.

Wolves have kept a low profile this window, but replacing Morgan Gibbs-White with Matheus Nunes is a great piece of business. Nathan Collins at the back is a suitable replacement for Conor Coady, and the free transfer signing of Diego Costa is a complete wild card. Wolves once again look like a team that won’t concede many goals, it is now up to the Portuguese duo of Goncalo Guedes and Nunes to light an offensive spark for Wolves to climb up the table.