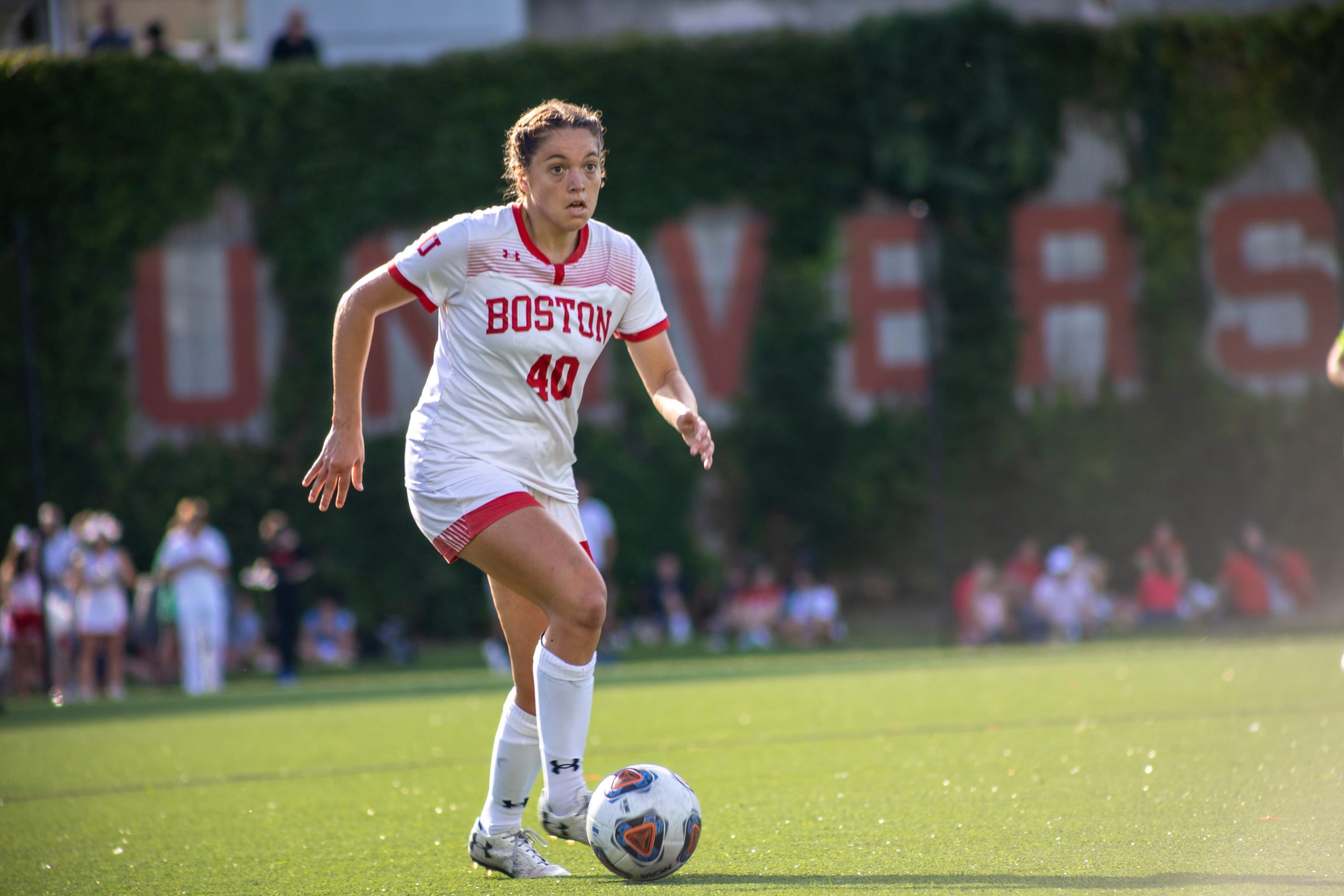 On Sunday afternoon, Boston University women’s soccer (3-0-5) traveled to face the University of New Hampshire (3-0-4) but came up short — losing 4-1 and dropping its fourth game in its last five matchups.

The Terriers were looking to keep the momentum going after their third win of the season last time out against UMass, but were unable to provide the defensive stability needed.

BU struggled to create much going forward to start the first half and was under threat consistently from the UNH attack. UNH finally made its pressure count in the 28th minute when sophomore Meghan Guarente capitalized on a defensive error by BU senior defender Marli Rajacich to give the Wildcats a 1-0 lead.

However, as the first half went on, the Terriers appeared to grow more confident. BU ended the half by dominating possession and winning numerous corner kicks, but was unable to convert its chances into a goal.

To start the second half, BU continued to impose its will on the game. Senior forward Amy Thompson created a chance for the Terriers in the 49th minute when she worked a cross into the box from the right wing, but BU was not able to find the net.

That changed just three minutes later, however, after sophomore forward Morgan Fagan found junior Lily Matthews. From there, the midfielder helped the ball onto the foot of freshman midfielder Giulianna Gianino, who provided the quality needed to score and finally get the Terriers on the board.

Despite all the Terriers’ efforts to get back in the game, the Wildcats scored just three minutes later to retake the advantage. Guarente found herself with an open goal after a save from BU senior goalie Gretchen Bennett deflected toward her feet. The forward then tapped it into the wide open net for her second of the match.

From there, the Wildcats continued to go on a run. In the 62nd minute, Elaina Grenz scampered past the BU defense courtesy of a through ball and finished in the top right corner to make it 3-1 in favor of UNH.

With ten minutes to go, the Wildcats would improve their advantage yet again. A header by Guarente completed her hat trick, increasing the Terriers’ deficit to three goals.

“We got what we deserved today,” Brown said. “That was not BU defending out there today, we don’t concede four goals to that team.”

BU continued to probe the UNH goal in search of another goal, but in the end, the Terriers’ efforts were futile.

“I’m not going to take the fact we fought for 90 minutes as a positive, that has to be the standard for this team,” Brown said. “We needed to be better today. We weren’t strong enough on the field and we didn’t have a strong enough mentality.”

BU will look to right the ship next Saturday at Lafayette when the Terriers travel to Easton, Pa. to take on the Leopards at 2 p.m.