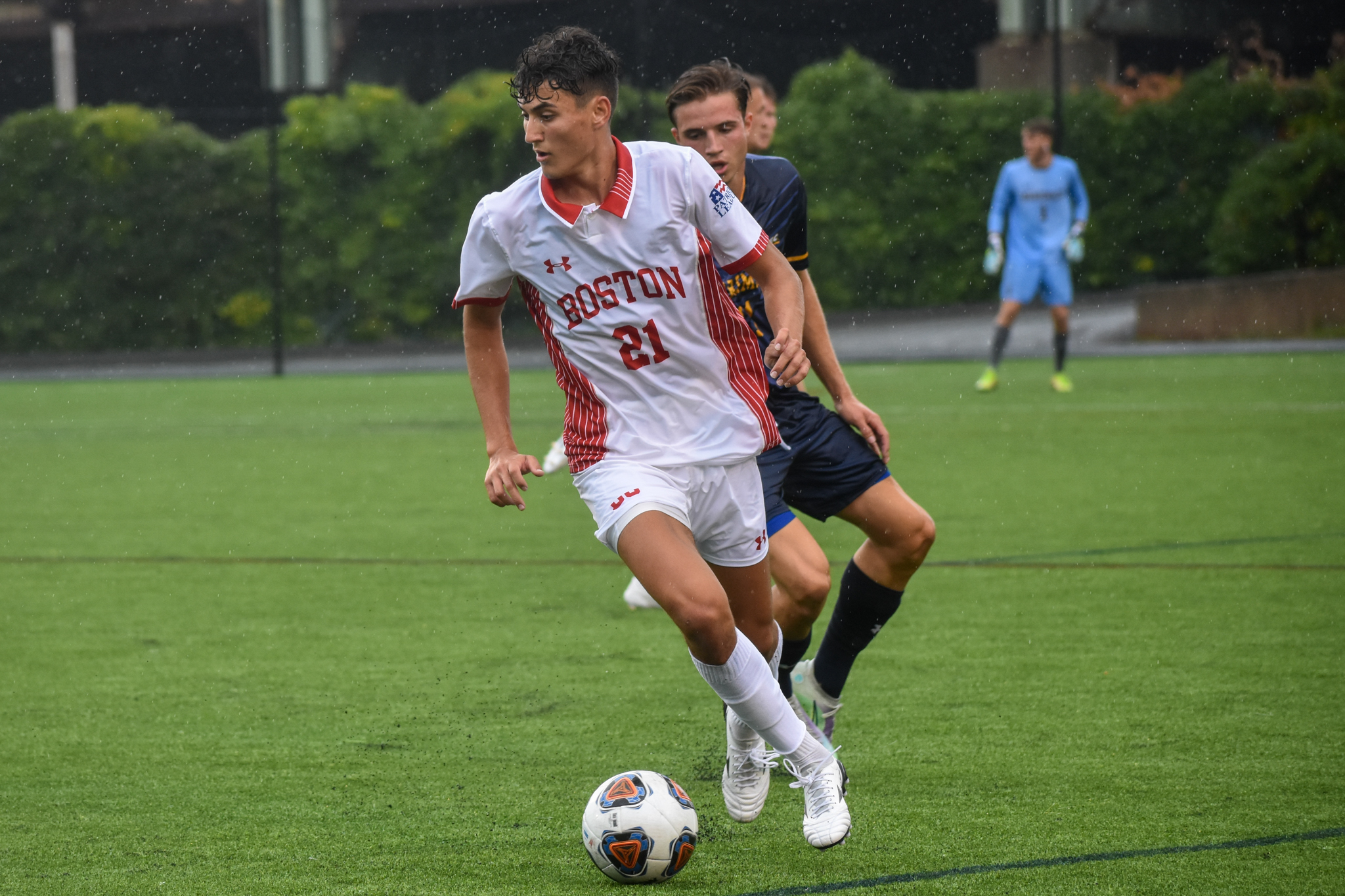 The Boston University Men’s Soccer team (2-1-2, 0-0 PL) headed west Saturday in an afternoon matchup against the University of Massachusetts Minutemen (4-0-1) in a matchup of two undefeated sides heading into the day. After a defensive miscue late in the contest, the Minutemen took a late 2-1 lead over the Terriers, handing BU their first loss of the young season.

The Terriers started out strong with an early edge in possession and attack chances while also stoutly defending the Minutemen whenever they would enter the Terriers’ box. BU’s strong overall performance would continue throughout the first half despite conceding a set piece midway through the first half.

The Terriers opened the scoring just under fifteen minutes into the contest off a strike from senior midfielder Colin Innes for his second goal in as many matches, putting the Terriers up 1-0.

“They all kind of find (Innes) in some higher spots in certain central pockets,” Terriers’ Head Coach Kevin Nylen said. “By design or not, I think it’s been good for him.”

BU would continue their strong play, but momentum would soon be stalled after Minutemen junior Nick Zielonka struck off of a free kick for his third goal of the season. Both sides kept the contest even and would carry the draw into halftime.

After a strong showing in the first half by BU, the second half would not be as fruitful for the Terriers.

An early strike from far out that just glanced off the crossbar would frighten BU, but not change the scoreline. The Minutemen poured on the attack early in the second half, but BU did not yet break .

“I think we kind of lost a little focus in the second half, and again, that comes to probably them staying high,” Nylen said.

Officiating would cause frustration on both sides, but emotions reached its highest point when Nylen was shown a yellow card after yelling at the officials.

“My question always to referees is: Do they understand what teams do?” Nylen said. “Every ref thinks they have the whistle — that’s their thing. So yeah, sometimes coaches are always going to disagree with refs. That’s just a natural part of the game in any sport.”

The Minutemen’s solid second half would be capped off with a miscue between defender Quin DeLaMater and goalkeeper Francesco Montali that led to an open net for midfielder Shizu Yohena, who delivered the crushing blow to the Terriers in the 73rd minute.

After suffering his first loss of the year, Nylen said he is not concerned with the state of the team.

The Terriers will look to rebound next Friday as they travel to Hamilton, New York to take on Colgate for their Patriot League opener.