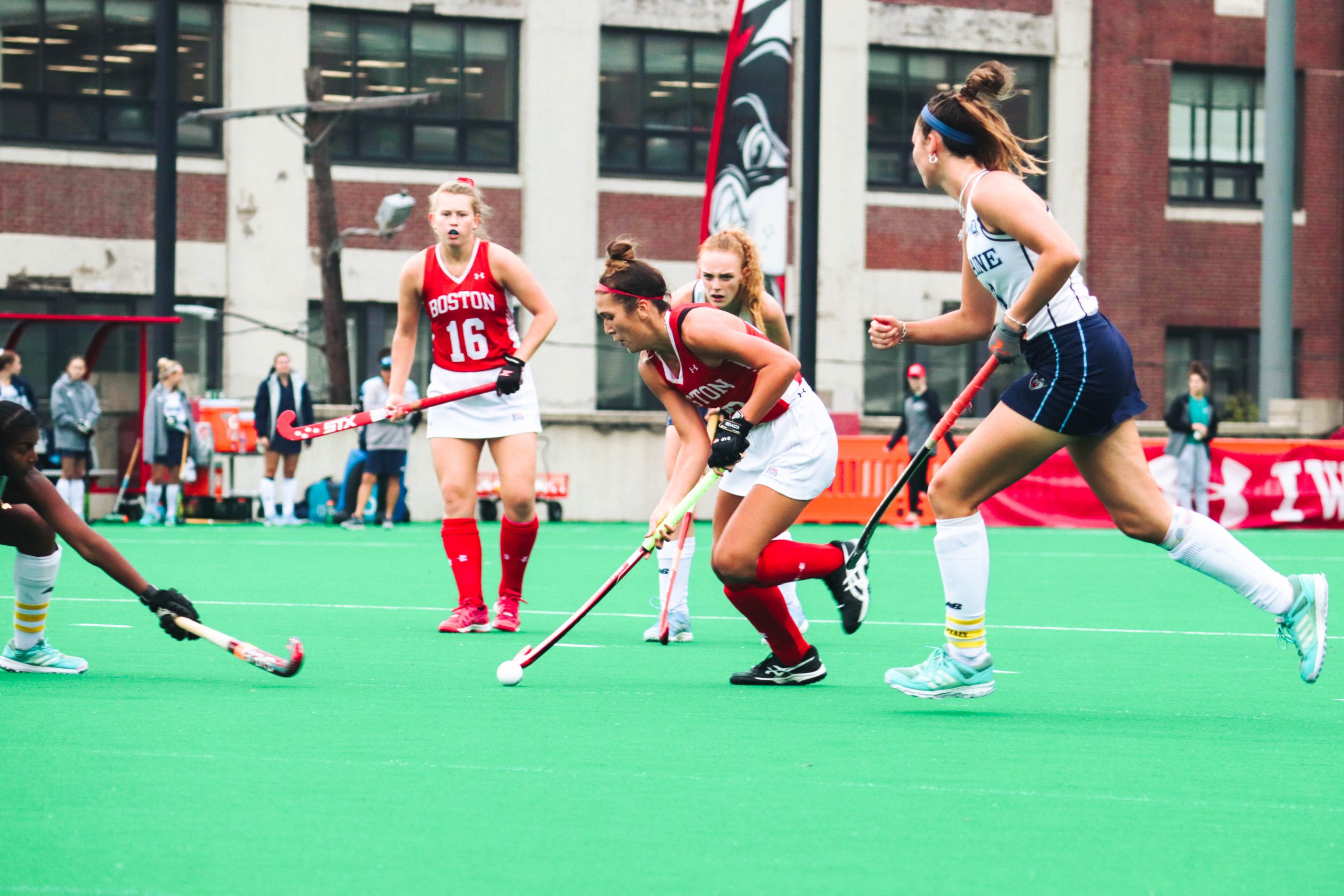 Going into the game, the two teams were evenly matched from a statistical standpoint. Both were coming off of wins and held 2-2 records. However, this game was dominated by the River Hawks.

Up until the last few minutes of the first quarter, the game remained relatively quiet. Starting at the 12:49 mark, Lowell drew a set of back-to-back corner attempts. The River Hawks were unable to convert, but carried all of the momentum. They led the frame in shot attempts 3-1, shots on net 2-0 and penalty corners 4-0. The Terriers’ lone shot attempt came from senior midfielder Mikayla Crowley.

In the second, the River Hawks picked up right where they left off—earning two more penalty corners. Lowell finally found the back of the cage on its sixth attempt with a blast from senior midfielder Berbel Rozema at 17:46.

BU had a couple of odd-woman rushes, but they spent the majority of the quarter defending in their own end. The Terriers remained without a shot on net, trailing in that category 6-0 at the half.

By the third, the momentum swung in BU’s favor. Just 2:33 into the quarter, the Terriers received their first penalty corner and sophomore midfielder Katie Devine scored her first collegiate goal. After BU’s first shot on net, the lopsided game was suddenly tied 1-1. Devine successfully kept the ball low to slip it past Lowell netminder Eleonore Boekhorst. The River Hawks closed this frame leading in shots 10-3.

The Terriers kept fighting in the fourth, but it would not be enough. At the 51:13 mark, Meike Vischer converted on Lowell’s seventh and final penalty corner to take the 2-1 lead. They improve to 3-0 at home.

BU is set to host Vermont this Sunday at Harvard’s Berylson Field at 1 p.m.