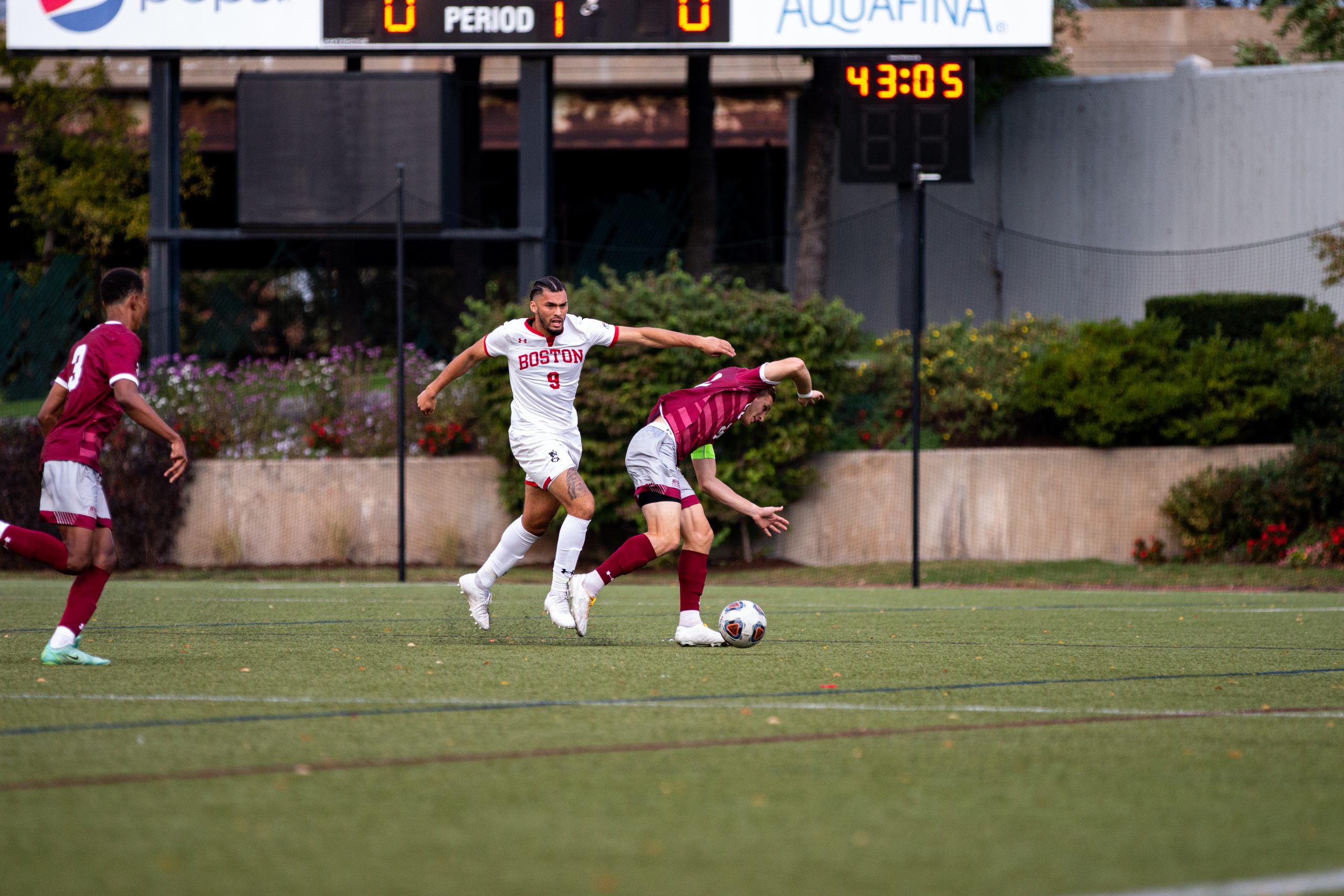 Boston University men’s soccer (1-0-2, 0-0 PL) debuted at home against Saint Joseph’s (0-1-1) on Friday evening, and they demonstrated endurance and physicality throughout, but only managed to leave the field with a 1-1 tie.

The game started with high intensity from both sides. The Terriers’ were able to meet Saint Joseph’s level of high press, getting them to lose a large number of balls in the midfield. The performance of senior Colin Innes was a main contributor to this by making hard tackles throughout the 90 minutes.

Overall, the first half was defined by active and physical style of play. The early intensity reached a climax when Neal Carlson scored the opener from a set piece in the 42nd minute.

Quinn Matulis sent a free kick straight into Evan Morrison’s foot, whose shot would end up hitting the upper post and falling to the foot of Carlson, who put the rebound in.

Even though the Terriers couldn’t create clear chances throughout the game, as they only had three shots on target, their most dangerous opportunities came from free kicks. Thanks to Carlson, the Terriers went into halftime with a confidence boost.

Going into the second half, however, BU did not have the same level of intensity. The midfield, which had been a crucial part in their maintenance of possession, couldn’t get a handle on the game.

The Hawks grew into the game and were able to get many shots on target in the second half. Goalkeeper Francesco Montali stepped up defensively for the Terriers, making four interventions within the 90 minutes.

The Hawks would eventually score an equalizer in the 59th minute, and the Terriers didn’t do much attacking for the rest of the game. Saint Joseph’s goal came from an awkward rebound inside the box that was put in by Philipp Wujewitsch. Even though the Terriers’ defensive line had a solid performance in their recent games, they lacked concentration on that specific play.

“We need to be mature at the start of the season and start thinking about how we can improve our performance,” BU head coach Kevin Nylen said in a postgame interview.

The Terriers will return to the pitch Monday at Nickerson Field where they will face Merrimack at 1 p.m.