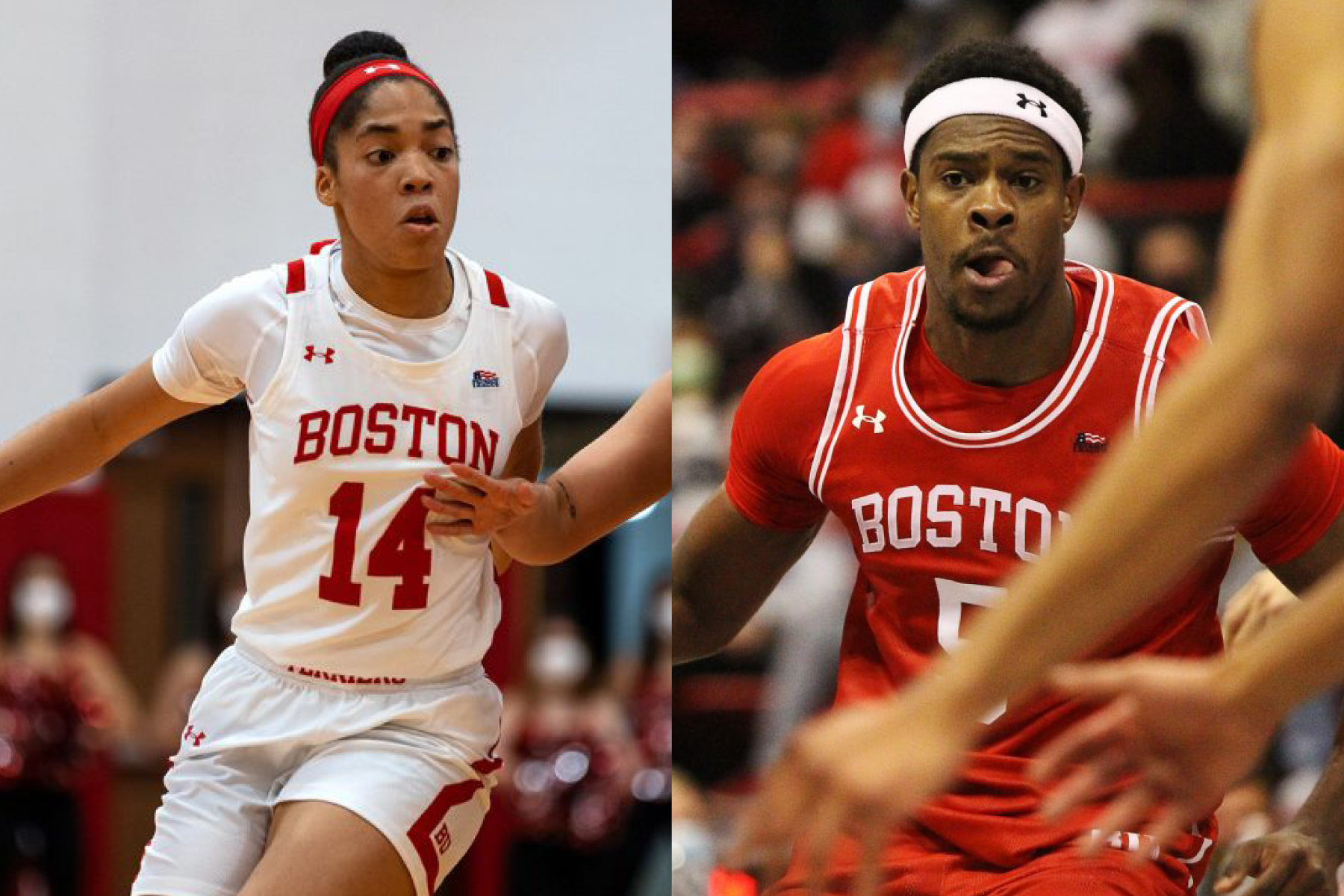 The Boston University men’s and women’s basketball teams will begin the 2022-23 season living much of the same storyline as last season — returning the bulk of their rosters from the year before and facing high expectations to once again content for a Patriot League Championship.

Each team released their full season schedules on Wednesday, with both featuring a number of interesting (and challenging) opponents. Here’s my breakdown of the men’s and women’s non-conference schedules as the countdown to opening night begins:

The men’s team faces two tests right off the top with an opening night matchup against Northeastern on November 7 and a road contest at UConn four days later.

The Terriers have faced the Huskies every fall since 2005, posting a 3-7 record against their crosstown rival in their last 10 matchups. Their last five games have all been decided by six or fewer points, and neither seems to have a particular advantage playing on home court versus on the road. Last year, the Terriers missed last-chance opportunities to gain a leg up against Northeastern after neither team was able to score efficiently, falling 49-48.

BU will face another pack of Huskies on November 11 when the team travels to Storrs to face UConn for the first time since 2017. Dating back to 1951, the Terriers are 0-25 against UConn on the road. However, they showed last season that they were capable of challenging elite teams away from home court — namely, Florida State, who they nearly upset after a buzzer-beating three-pointer from junior forward Anthony Morales took the ‘Noles to overtime.

While the UConn matchup is a nice-to-have, the Northeastern game will be a solid measuring stick for head coach Joe Jones to use to evaluate where his team sits this year relative to last season — especially without the shot creation of Javante McCoy, a five-year player who led the team in isolation scoring and has since signed an Exhibit-10 contract with the Los Angeles Lakers.

Another measuring stick will come against Hartford on November 17, which BU defeated 75-70 last winter.

After participating in a tournament against the University of Milwaukee, the Terriers have a few non-conference matchups remaining, including a road contest against a Notre Dame team that finished third in the ever-competitive Atlantic Coast Conference last season. The contest provides an opportunity to not only see what the Terriers can do against a Power Five team, but also to analyze where the team’s mindset and confidence — a major point of emphasis for Jones — lie heading into conference play.

BU concludes the non-conference season with games against Dartmouth and UMass Lowell, two teams the Terriers have had success against the last few years. They’ll have a nine-day turnaround before their conference opener on December 30 against Navy.

BU heads to Florida six days later for its first ever game against the University of Miami, which finished 10-8 in the ACC last season. Miami is perhaps the Terriers’ highest-caliber opponent since Georgia Tech last year, which was a test of tenacity for BU even though it ended in a 78-49 defeat at the hands of the Yellow Jackets.

While it seems fairly certain that senior point guard Sydney Johnson will be BU’s leader once again, the game will give head coach Melissa Graves an idea of which other players — particularly those who didn’t get as much playing time last year — can rise to meet a tall task. It could also give some indication as to who will be permanent solutions to the loss of key rotation players Riley Childs and Emily Esposito, who both graduated last spring.

The Terriers will see more new faces a few weeks later when it matches up against St. Francis Brooklyn, which comes after two games against familiar foes UMass Lowell and Hartford.

The remainder of BU’s non-conference schedule will pose more of a challenge than the front half, with games scheduled against Boston College, Yale and Harvard.

The BU-BC series has been a regular on the Terriers’ schedule since 2009, though they’re 5-9 against the Eagles on the road, which is where they’ll face off on December 4. They did, however, pull off a 69-65 home win last year in upset fashion, so this year’s contest should serve as a relative benchmark to evaluate where this year’s squad stands in comparison.

The Terriers narrowly fell last season to both Yale — who they faced for the first time in seven years — and Harvard, so their matchups with those teams will indicate progress made not only from 2021 to now, but also over the course of BU’s non-conference slate. Historically, BU is 11-5 against the Bulldogs and 15-21 against the Crimson.

The Terriers’ contest against Harvard is their last until they begin to face conference opponents, the first of which is Navy on December 30.