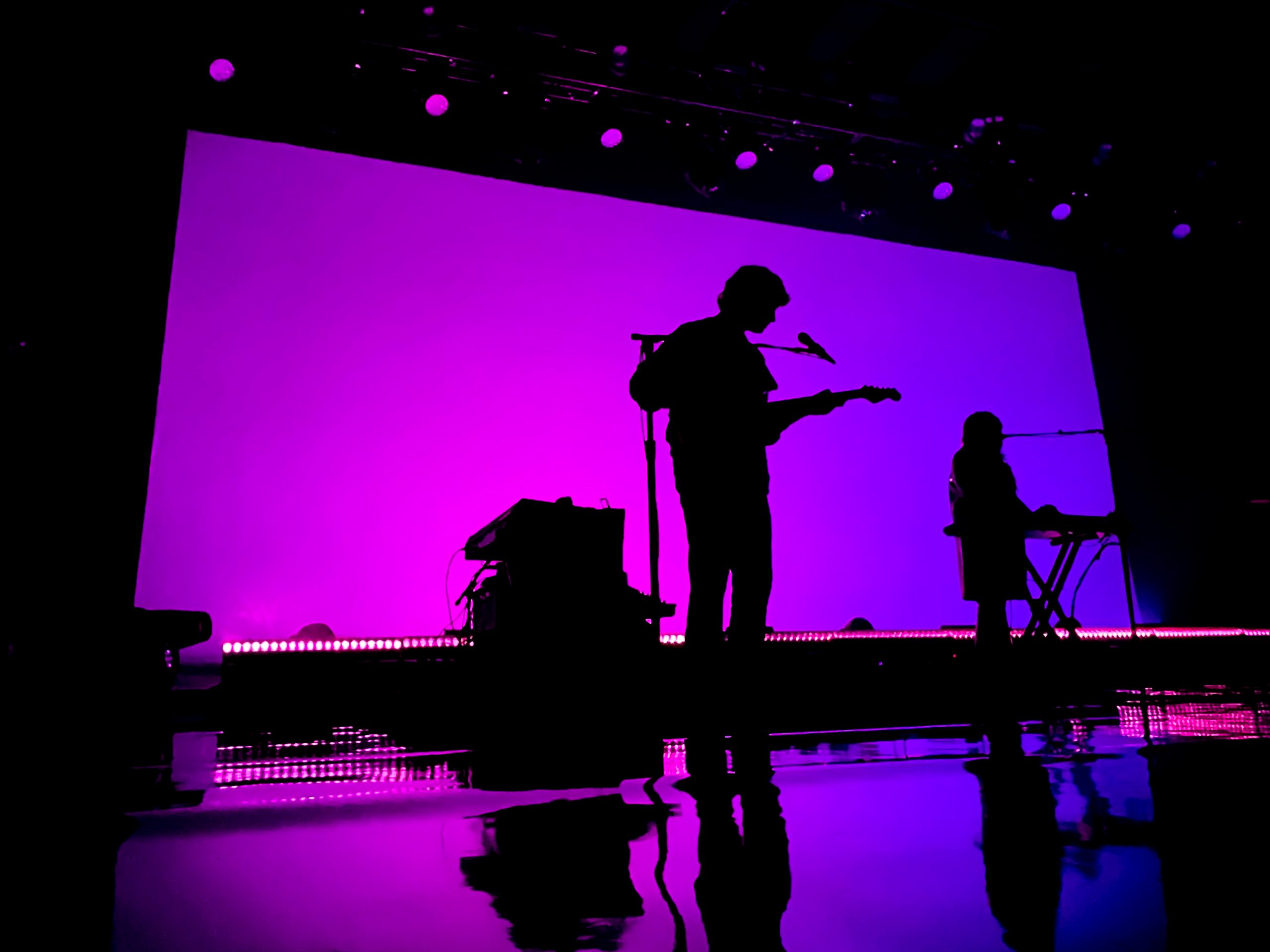 Review and photos by Gladys Vargas

M83 fans who are looking for a stormy vibe and lyrics that you will have to google, will find something precious in the Once Twice Melody Tour that stopped in Allston’s Roadrunner this past Friday night. For the uninitiated, Beach House is another (albeit longstanding and talented) duo focused on high-quality, resonant sound rather than lyric comprehension. You may not be able to scream or even sing the words, but that does not by any means stop Beach House from taking you along with them for an atmospheric ride into dream pop. 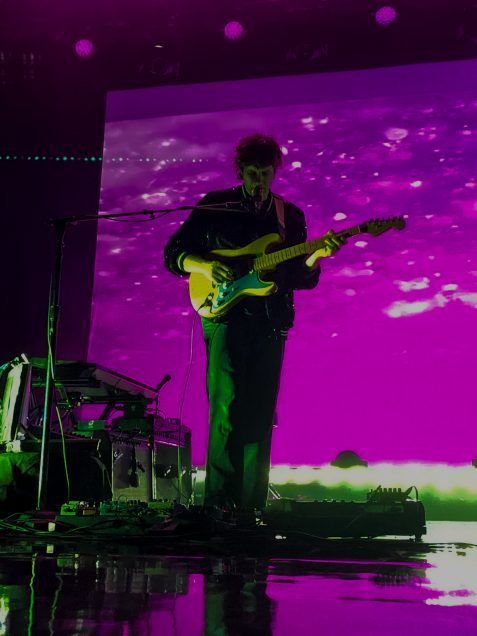 The two core artists of Beach House, Victoria Legrand (vocals, keyboard) and James Scally (backing vocals, guitar) formed a duo in 2004 after the two met in the Baltimore, Maryland indie music scene post-college. Their experimentation with ambience and pop has led to a career of critical acclaim, being sampled by The Weeknd and Kendrick Lamar, and their eighth studio album “Once Twice Melody.”

The tone was set warmly at the beginning of the night, as the sun set and temperatures cooled only slightly, by opening artist Mary Lattimore on harp. Bathed in a heavenly, yolk-orange spotlight, she sat alone on the stage and calmly worked the crowd through each of her songs. Her fingers broke away from the strings really only to loop measures through a pedal. The looping allowed for an electric, dazzling tone and reverb not unlike an electric guitar that added great edge, energizing the room. The screen behind her flickered with grainy film footage and flashes of light leaks. Lattimore’s opening act contributed to the overall ethereal, wordless tone of the show, while keeping the crowd grounded with quick comments about her work and a few nervous giggles. Beach House did the same once they had the stage. They dove right into Tracks “Once Twice Melody” and then “Lazuli,” pausing then to welcome Boston to the tour. 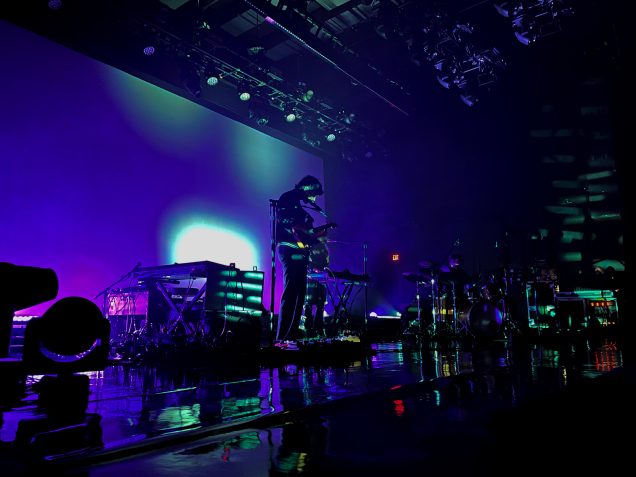 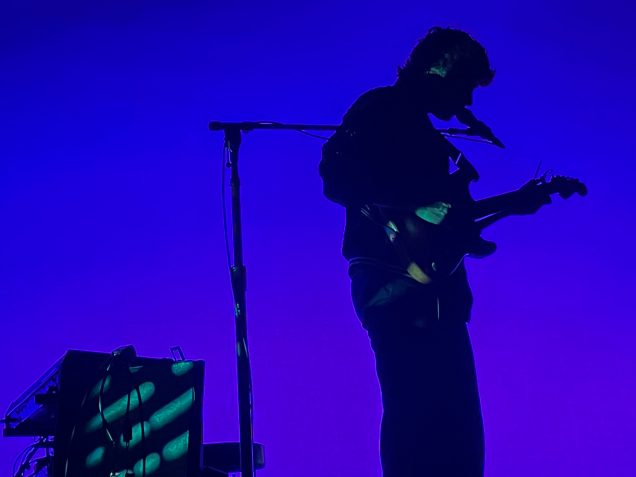 For Friday’s show they were accompanied by James Barone’s percussion, which absolutely held its own. Barone hardly broke a sweat in a two hour show that required heavy hits and quick snaps across his drum set for a majority of the time, slowing only for a fade out with the crash cymbal. In fact, the breaks between songs, which for the most part smoothed from one to the next, was the only break from a bassline that resonated in one’s chest wherever you stood in the venue. Some might have found that much bass uncomfortable, though I’m a fan of the physicality especially for this show. It added corporeality to the feeling of floating in space, a steady and gentle press against the body.

Contributing to the magic of the show was the backlighting of the musicians. Charged hues of red, magenta and blue created shifts in gradients across a background dotted with small bright lights like stars all worked to a silhouette effect that almost imposed anonymity. It’s basically as if they as artists and individuals are secondary to the music and experience itself. Each tethered by their instruments, the most body movement all night came from arms waved in flourishes as lights flashed. Legrand’s long hair slumped over a keyboard, Scally’s bangs covered his furrowed brows in focus and slung back with drama as the beat picked up. The stage floor was lined with lighting that achieved an effect similar to sunlight glimmering on ocean waves, or votive candles flickering rapidly. Strobe and overhead lights interacted beautifully with the fog, creating a colorful and dynamic body above the stage, over the crowd. The lighting design was in fact the intentional and careful work of Legrand and Scally themselves. 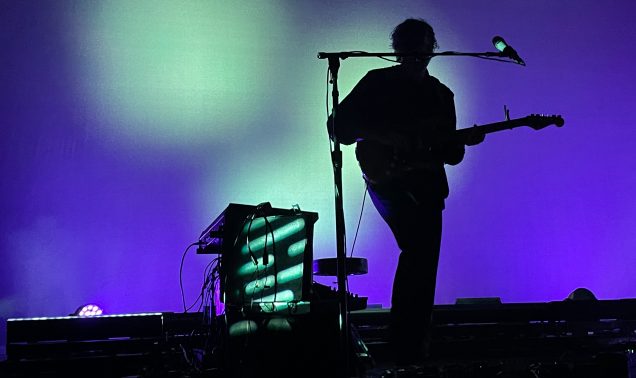 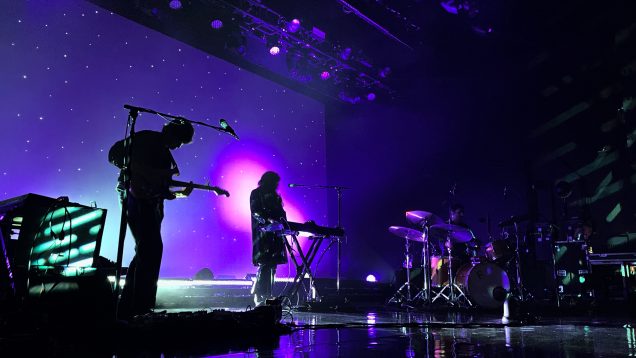 Beach House’s atmospheric performance was a welcome exit from a workweek under the heat lamp, and a dreamy entrance to another dimension. Yes, whichever time and space Beach House occupies is infinitely cooler, colder, and more sparkly than the regular day-to-day. The show is worth attending for the opportunity to sway, to close your eyes and float into space as the bass pumps life heavily through your chest. Many couples and friends found the show an appropriate opportunity to hold each other close, and be swept away. 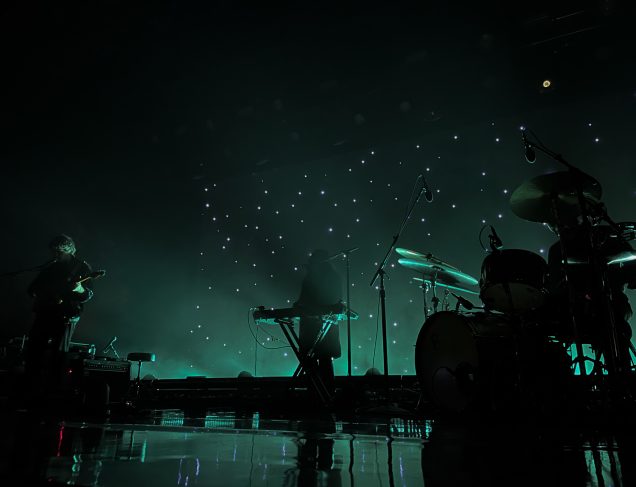 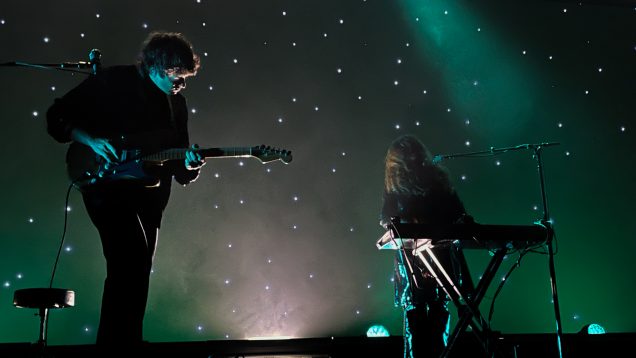