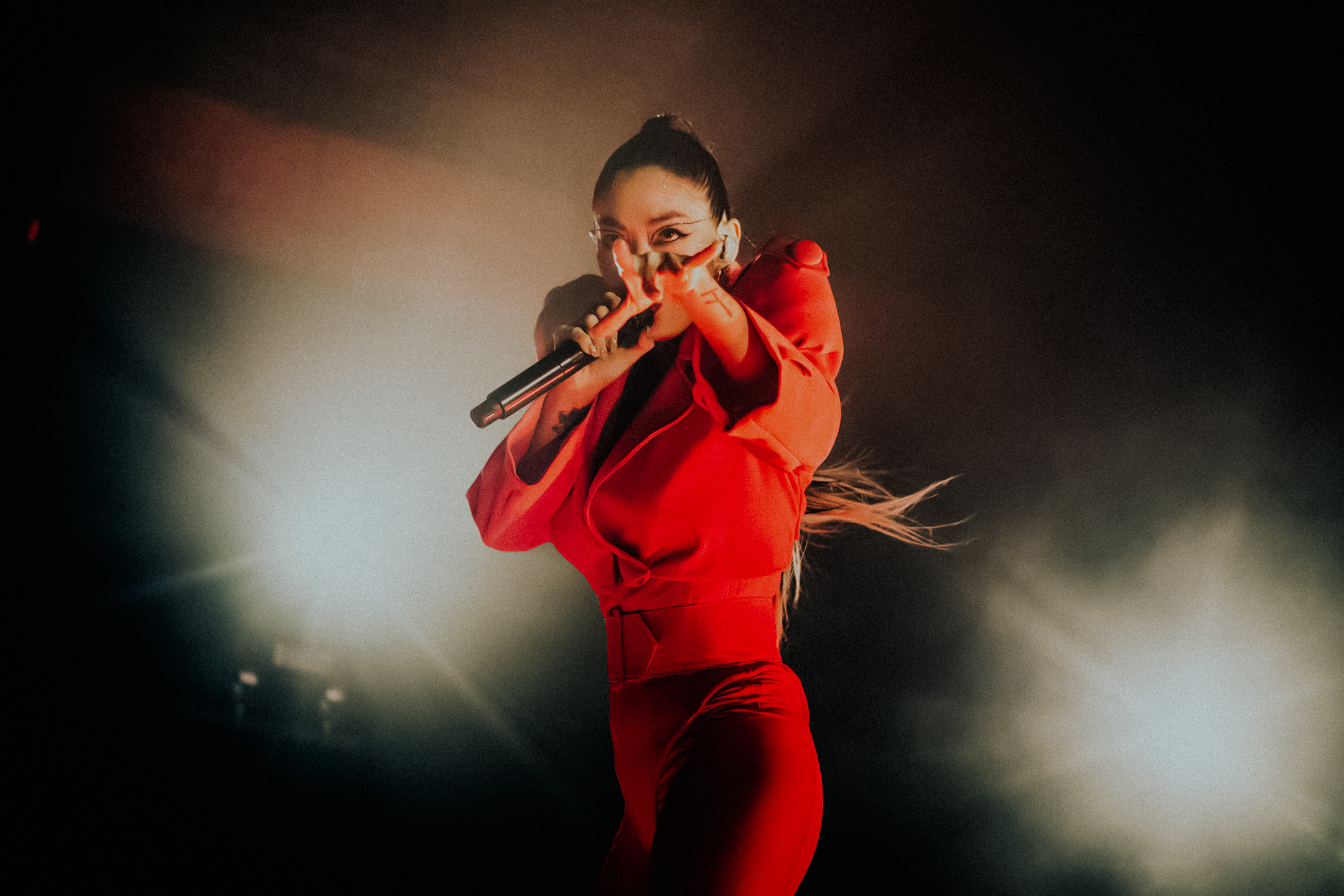 In a long-overdue showing, Rina Sawayama arrived at The Royale on May 5th to a venue packed to the brim with adoring fans. Despite a slight tonal disconnect and some Covid-related reshuffling–her opener HANA being out sick with Covid–Sawayama’s show was undeniable proof that she is a performer to watch in the coming years (recent BAFTA snub aside).

Not having a traditional opener was definitely a speed bump. There really isn’t anything like an opening act to hype a crowd up for the main show, but Boston-based drag queen and DJ DJ Coleslaw managed to do an admirable job maintaining a club vibe, and without the slight dissonance of having two different artists performing in quick succession, made for a show that felt like it would be singularly Sawayama’s.

The set did seem to cause some confusion among fans about what sort of show to expect, as Sawayama’s more rocker-ish vibes clashed with the dance/club atmosphere from the earlier set. But by the first guitar riff in Dynasty–the tour’s namesake–the crowd was fired up and ready to go. The energy in the room was electric, radiating outwards from the center of the room, and waning towards the edges and on the balcony.

But all of this was secondary to Sawayama’s actual performance, which was mesmerizing. Everything from the production design–a simple array of colored lights on stage–to the choreography felt incredibly intentional, and even though Sawayama’s show had been upgraded from a much smaller venue (The Sinclair), it never felt like she didn’t have full control of the stage and audience. The vocals were the uncontested star of the show. Even amidst the pomp of the production design and the energy of the crowd, Sawayama’s voice had a tendency to cut through the rest of the noise and enrapture.

The effect felt contagious, persisting through her interludes where she talked about the experiences that had inspired certain songs, and asked everyone to grab their neighbor and tell them they were “really f*cking hot”. During one of these interludes, I spoke to a nearby Rina fan (who had just called me hot) about what Rina meant to her. She told me that Sawayama’s music had helped her weather friendship betrayals–just in time for Sawayama to launch into Bad Friend, a song about exactly that.

Towards the end of the show, Sawayama revealed that not only had she been working on a new album, but that it was coming out soon. If “Catch Me in the Air”–a tribute to her Japanese immigrant mother who recently expressed that she was proud of Sawayama’s work–is any indication, it seems like this album will be as successful (if not more so) than her 2020 self-titled entry).

Rina Sawayama is a star, that much is clear. I have no doubt that with a voice that can’t be beat, and this caliber of showmanship on a sophomore tour, she won’t have any issue establishing a musical dynasty.