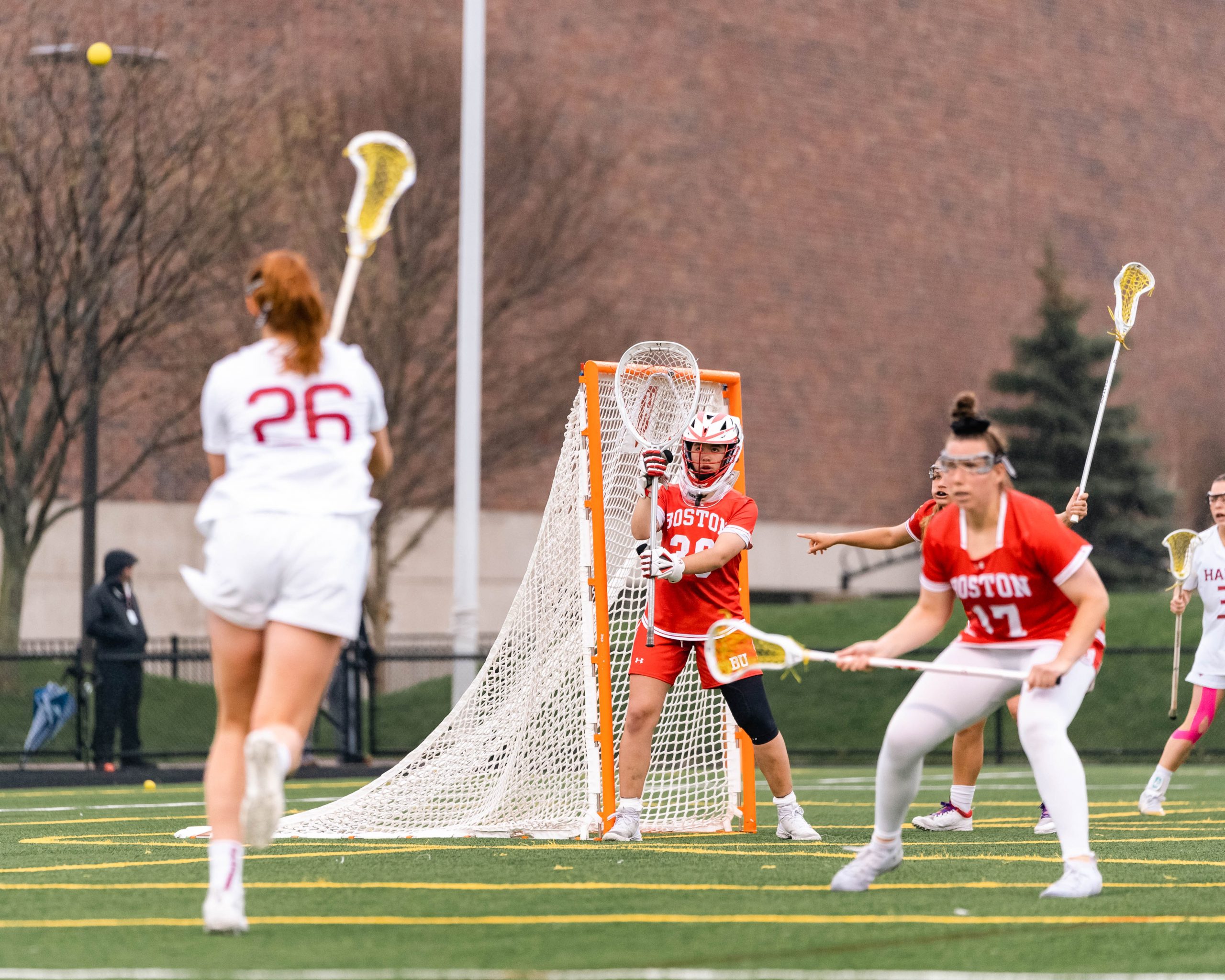 Unable to come back from a large first-half deficit, the Boston University women’s lacrosse team fell at Harvard on Tuesday afternoon, 18-8.

The loss moved BU to 2-14 (1-7 PL), and broke the undesirable record for most losses in a season in program history, cementing this spring as one to forget for the Terriers. On the other side of the ball, Harvard (6-7, 3-3 Ivy) got back on track after losing three of their last four matchups.

Tick scored her first goal under a minute into the game to give BU their only lead of the contest. Harvard would answer back with nine straight goals in just under fifteen minutes of playing time to build an insurmountable lead.

The 9-0 run would at last be stopped by Gola, who found the back of the net early in the second for her first of the game. Freshman attack Matty Spaeth scored her 26th of the season afterwards, continuing her stellar debut season.

The Crimson offense proved to be too much for the Terriers, as they continued to go on two or three-goal runs for the rest of the game. As soon as BU answered back, Harvard found more in the tank and run up the score.

Harvard’s output was incredibly well-distributed, with nine goal scorers, eight of whom scored more than one goal.

Junior attack Jen Barry was uncharacteristically weak on draw controls on the wet afternoon, only registering four of her own and 10 total for the team.

A lack of quality shots on net, as well as turnovers, both issues during this season, once again plagued BU, as they only took 11 shots on net.

The Terriers will look to end the season on a high note with Senior Day this Saturday against American. Opening draw is scheduled for 4 p.m.