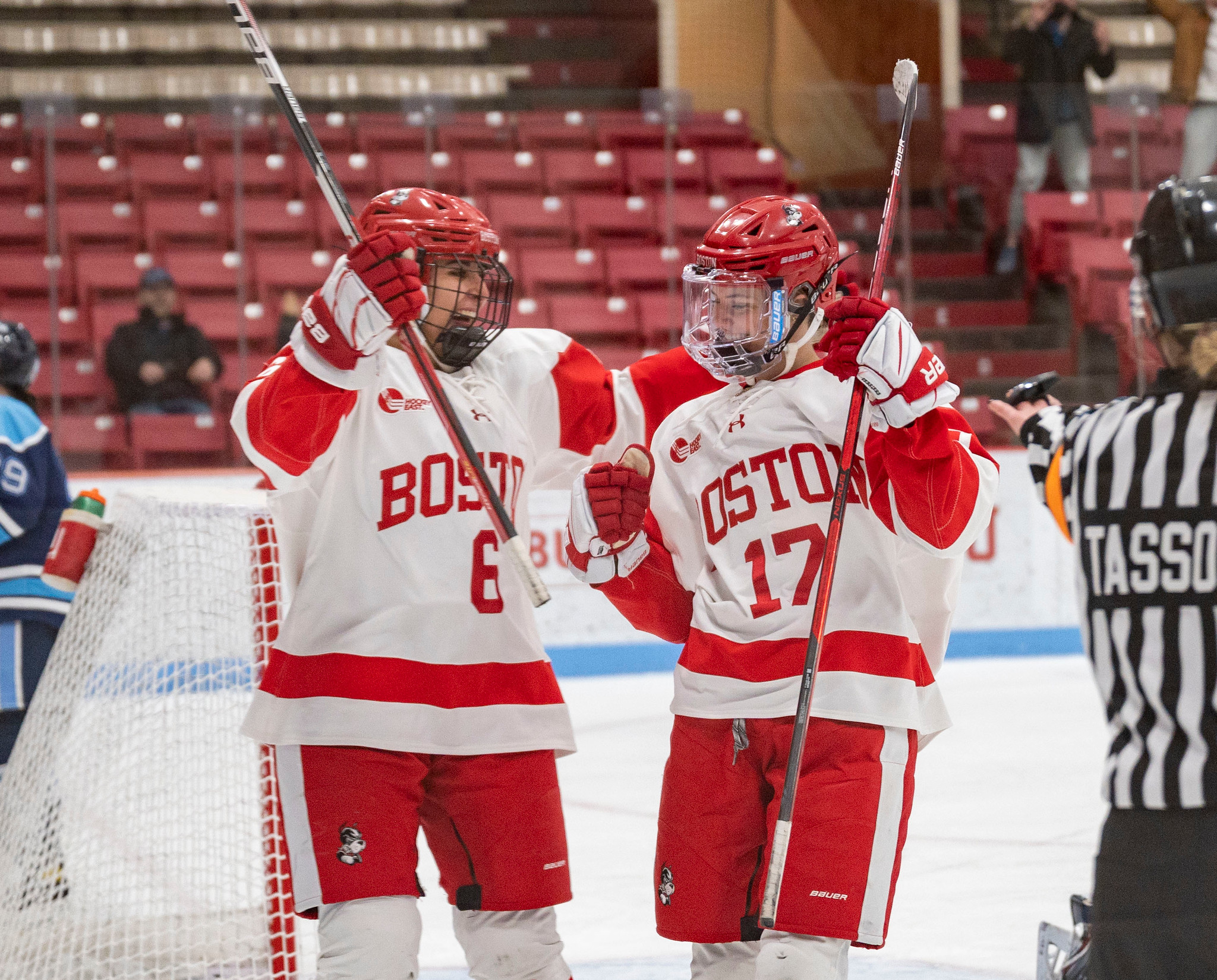 Boston University rising senior defender Nadia Mattivi has been named captain for the 2022-23 season. Rising juniors Madison Cardaci, a defender, and Lacey Martin, a forward, will serve as assistants.

“My staff and I are excited to have Nadia, Lacey and Madison wearing letters and being at the head of our leadership group,” Terrier head coach Brian Durocher said in a statement. “Their work ethic, communication and concern for what is right has been identified by the members of our program. I look forward to their tireless effort, conviction and willingness to take on the challenges that will be ahead.”

Each will have a letter on their jerseys for the first time in their careers at BU.

Mattivi scored three goals with a career-high nine assists for 12 points in 29 games on the blue line this season. On her three years with the Terriers, the Italy native has eight goals and 21 assists for 29 points in 74 contests. She was named to the Hockey East All-Rookie team as a freshman in 2019-20, thanks to a career-high five goals and 13 points in 33 games.

Over the course of 2021-22, Mattivi represented the Italian National Team at both Olympic qualifiers in November (three assists in six games) and the IIHF Division I Group B Women’s World Championship in April (two goals, one assist in five games), serving as an assistant captain both times. She helped Italy to a bronze medal at the World Championship, and was named the tournament’s best defender.

Cardaci suited up in just four games as a freshman in 2020-21, but returned for a full season this year, putting up four assists as well as 15 blocked shots with a plus-three rating in 19 games on the backend.