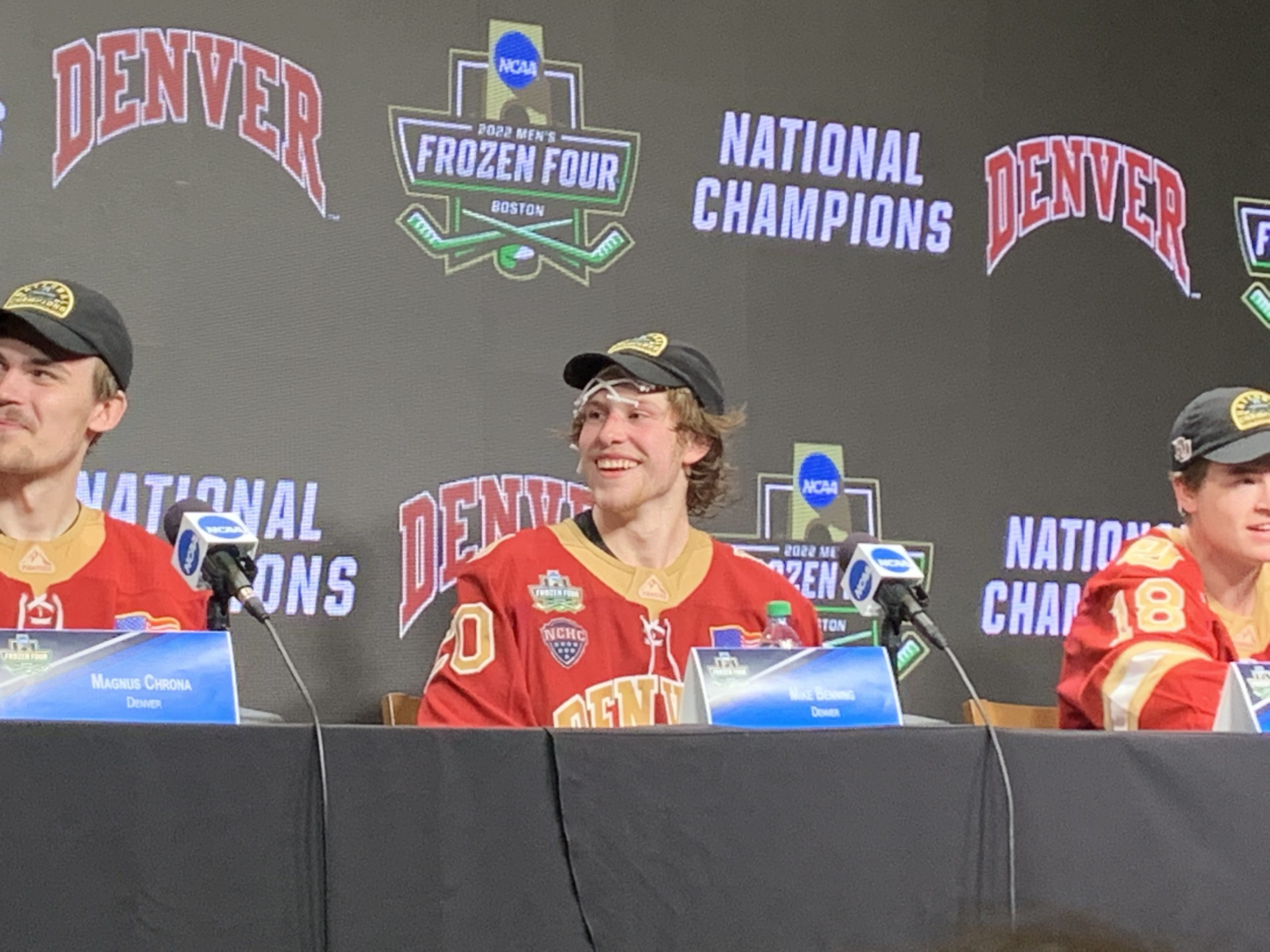 The University of Denver Pioneers claimed their ninth national championship in program history, and second in the last five seasons, with a 5-1 win against the Minnesota State University Mavericks at TD Garden on Saturday.

Here are my three stars of the game, all opinions are my own.

Morton opened the scoring with a quick snap shot on the power play. For a long stretch it looked like the junior forward’s tally would be all the Mavericks needed, but the Pioneers had other ideas.

Chrona was calm, cool and collected in the pipes for Denver. He kept his team in the game after allowing the first goal and he bought his offense some time to find another gear. The junior goaltender had 10 saves in each of the final two periods and he finished the game with 24 stops.

The sophomore forward scored the eventual game winning goal with a rocket of a one timer. It was a high skill play, and that is what it was going to take to beat Hobey Baker winner Dryden McKay. Benning played one of the best games of his career when it mattered most.

Featured Image: Mike Benning wears part of the net under his national champions hat at the postgame press conference after Denver won 5-1 against Minnesota State at TD Garden in Boston, Mass., on Saturday, April 9, 2022. Photo by Patrick Donnelly.