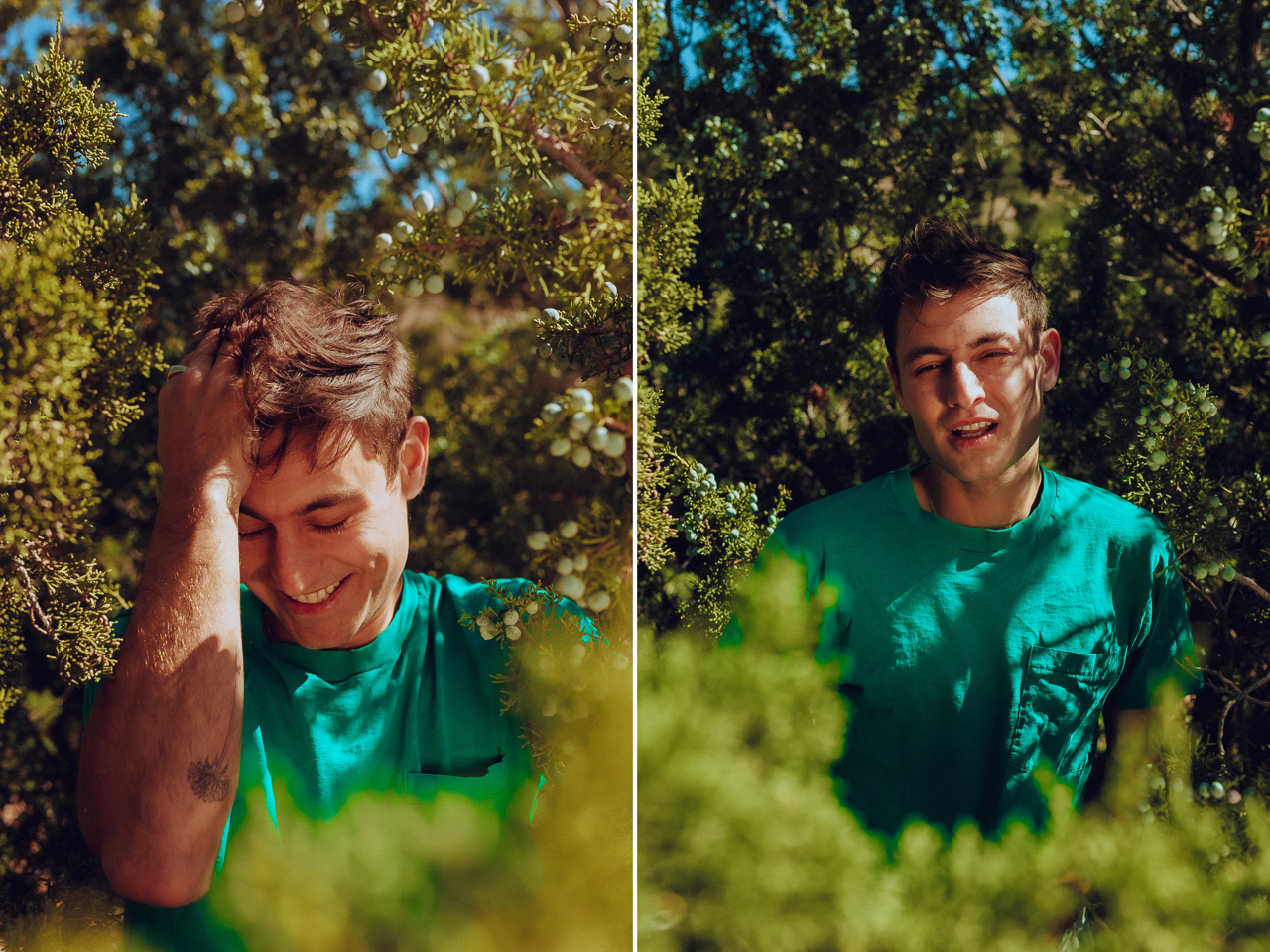 Yoke Lore is the musical project of 32 year-old Adrian Galvin, formerly a member of the bands Yellerkin and Walk The Moon. Yoke Lore performed on April 6th in Cambridge at the Middle East Downstairs.  This interview was conducted on April 7th.

Olivia Pepe (OP): To begin with, thank you so much for setting up this interview. I was at the show last night and it was amazing. To start off with, what has it been like to perform live again after the pause in live performances due to the pandemic?

Adrian Galvin (AG):  Oh, thanks so much for coming, it was a fun show. I think at one time it’s both really invigorating but also a little nerve-wracking. You know, there’s like a constant kind of paranoia that it could crumble at any time, so there’s this kind of magical vulnerability to it, where the reality is really thin and that it could go away at any point. And because of that there is an immediacy to it where everything could go away, so it is really really precious.

OP: What is your songwriting process like and where do you get your inspiration from?

AG: Songwriting is like kind of a crap shoot, man. It’s like sometimes I start with drums, sometimes the melody comes first. Sometimes it’s like a little banjo part. It’s always different. I honestly, I wish I could tell you, you like, oh yeah, I sit down and I do this and I do that and then there’s a song but creativity is like trying to pin down something that can’t be pinned down. There’s an ineffability about it that’s really really beautiful, but also hard to explain and articulate. But it’s like when it happens, it happens. Sometimes I think that songs are given to me but sometimes I have to drag them out of me. Sometimes it is easy, and sometimes it’s a struggle.

OP: Last night you talked about how one of your songs was inspired by your favorite book. In what other ways has your education, or just your lived experiences impacted your music and creative process?

AG: I feel like the more information I take from everywhere, you know. Not just books, but movies and TV and life and nature and animals. And yeah, I think that everywhere you look, there’s like really good information that you can use to not just make good art, but to make your life better. And the idea is not what I am influenced by or inspired by […] but how can I be inspired by everything?

OP: What type of music did you listen to growing up and how did that influence your sound today?

AG: Really everything, my parents listened to folk music like Carol King, Joni Mitchell, Simon and Garfunkel, so I was raised on that. And then a lot of musical theater. My brother and sister are both on Broadway so they are big musical theater people. I was always in the midst of The Lion King, Newsies, and Charlie Brown. And then when I started listening to my own stuff I got into hardcore for a little bit, No Effects and Bad Brains. Then in college I found country music and started listening to this banjo player named Roscoe Holcomb. I got really into Antebellum and Bluegrass, I like it all. Again I think there is value in everything, I don’t want this to sound insidious: but how can you steal from everyone?

OP: What inspired your signature dance moves on stage?

AG: Signature dance moves, I don’t know man! My Dad was an ardent Christian when I was growing up and he took me once to a revival. There are these things in Christian culture called revivals where preachers get up and they do their thing, and then people go wild. There is kind of an exultant ecstasy about it and I’ve always thought that is the most pure form of letting loose.

I guess for me a lot of my music and my love for music has come out of my spiritual life. I think I really decided this is what I had to do. When I was in Hebrew school, actually. It was just my family and a couple of other families singing ancient songs in an ancient language that people in my family have always sung. It’s just magic.

OP: My last question for you is what creative plans or musical ventures do you have for the future?

AG: Well firstly I have a song coming out tomorrow called “Shock Flesh”. I have more songs and singles to do. I am in a bit of a transition right now. I think everyone is, after coming out of the pandemic and just trying to figure out where to go from here. We’re in a new climate, so I’m trying to negotiate how to act in that new climate. But “Shock Flesh” is the first offering, and there will be more after that for sure.