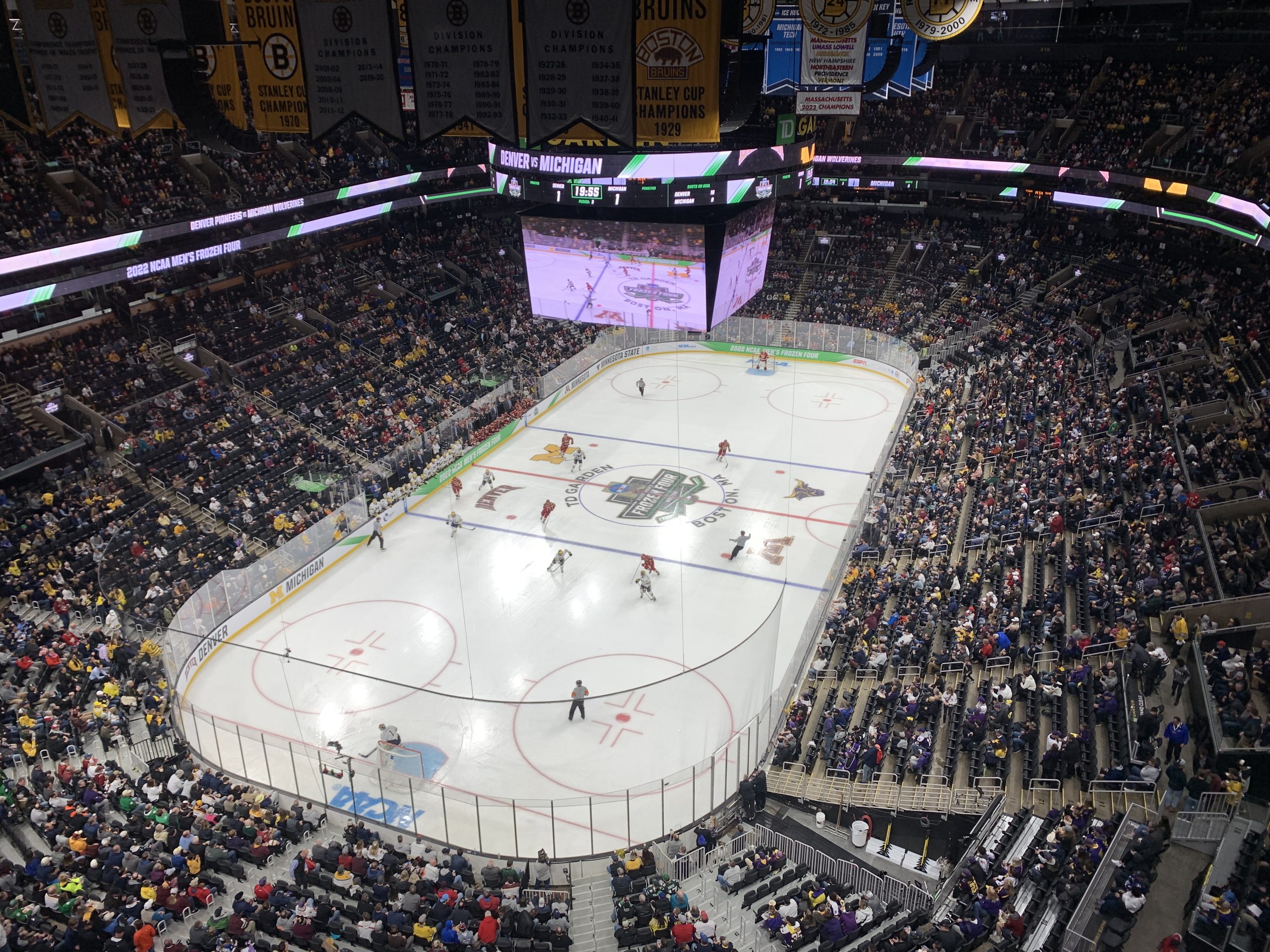 The Denver Pioneers punched their ticket to the national championship game with a 3-2 overtime victory over the Michigan Wolverines.

The Denver Pioneers netminder turned aside 19 shots in the victory, and seven of his saves came in the overtime period. He kept the game alive with two big 2-on-1 saves against Luke Hughes and Brendan Brisson. The goaltender is the most important position on the ice, and Chrona out-dueled his countryman Erik Portillo in the goaltending battle.

The sophomore forward was Michigan’s best player on the ice in this game. Bordeleau had several good looks throughout the game, and his equalizer with 10:51 in the third period sent the game to overtime. Bordeleau has a bright NHL future ahead of him with the San Jose Sharks.

Savoie has been a key offensive player for the Pioneers in his two seasons with the team, and in this NCAA tournament, he has established himself as a big-game player. Savoie’s overtime winner was his second game-winning goal in this postseason, and the Pioneers will need him to produce in the national championship game.

Mavericks cruise past the Gophers, 5-1

The Minnesota State Mavericks bounced the Minnesota Golden Gophers from the NCAA tournament for the second straight season. The Mavericks also secured their first trip to the national championship game on Saturday.

The senior netminder was essentially flawless in Thursday’s game. The only goal he allowed was on a 2-on-0, which is almost impossible for a goalie to stop. Aside from that, he was perfect as he turned aside 16 Gopher shots in the dominant win. He is Minnesota State’s most important player and my pick to win the 2021-22 Hobey Baker award. He gives Minnesota an excellent chance to win their first national championship on Saturday.

There are no teams representing Hockey East in the Frozen Four, but the four-year New Hampshire Wildcat turned Maverick made an impact in Thursday’s semifinal. Maass started Minnesota State’s five-goal rally with a wraparound goal eight minutes into the second period. The goal was a significant momentum builder, with Minnesota State being down at the time. Maass is a key part of Minnesota State’s deep defense core, and he will have a tall task trying to hold Bobby Brink and the Pioneers in check on Saturday.

The sophomore centerman was outstanding in Thursday’s game and found a way to create opportunities every time he was on the ice. He showed off his hand-eye coordination skills on a tip-in goal in the third period that made it 3-1 for the Mavericks. That goal was the dagger in the game, as it squashed all the momentum Minnesota had been building in a push to tie it. Pavel also added an assist in a two-point effort.