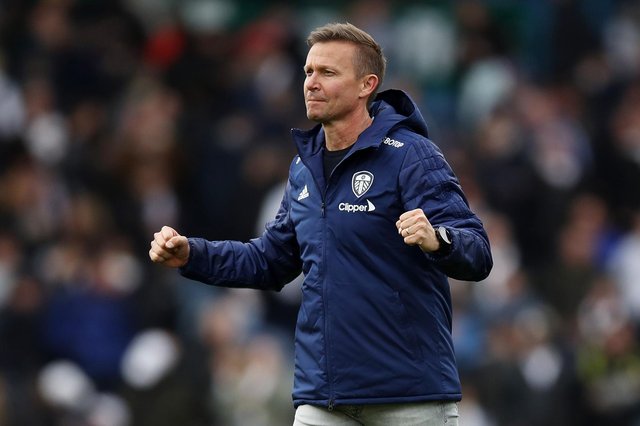 When Leeds United appointed American coach Jesse Marsch as their manager last month, many couldn’t help but question the decision.

Among reasons why this decision was viewed as a bold one was Marsch’s lack of Premier League managerial experience, of which he had zero, as well as the strong relationship between Leeds fans and their previous manager Marcelo Bielsa.

In the midst of a relegation battle, one would have expected Leeds to appoint someone who is both familiar with the league itself, and also experienced in being in a battle for survival. Jesse Marsch ticked neither of those boxes. That was strike number one in the eyes of Leeds fans and the English media upon his arrival. Strike number two was the fact that any manager who had to follow up the footsteps of Marcelo Bielsa, the man who got Leeds promoted back to the Premier League after a 20-year absence, was always bound to have big shoes to fill.

With no shortage of obstacles in his way, Jesse Marsch had his work cut out for him to break the stigma of American coaches abroad. When asked by a reporter if he thinks the popular television series “Ted Lasso,” which documents an American football coach managing in the Premier League, did anything to change that stigma, Marsch replied “it certainly didn’t help.”

It became apparent from his first press conference that Marsch would not only have the monumental task of keeping a Leeds team who were conceding goals for fun in the top division, but would also have to sway an entire fanbase and country into believing he was up to the task, which, if you have followed March’s career, you would know he is.

Coming through the Red Bull system, Marsch coached his way from New York, to RB Salzburg, to managing Champions League outfit RB Leipzig. Along the way Marsch has had to manage in foreign countries and in circumstances truly difficult. Working your way from Major League Soccer all the way to the UEFA Champions League is no small feat, yet the English media would have you think Marsch has been some guy sitting in a bar in Kentucky eating cheese fries because, you know, that’s what all Americans are like.

Leeds United are a passionate fan base, with a true connection between the club and the players. Marsch’s openness and honesty with the press has been apparent in his first few weeks in charge, and Leeds fans appreciate that. For starters, their beloved Marcelo Bielsa managed them for nearly four years and never spoke a word of English, always having a translator with him at press conferences. That’s not to say Bielsa didn’t have a great connection with Leeds supporters, because he did. But, there is something to be said for having an English-speaking manager at the helm.

Now on the football side of things, Leeds under Bielsa were known for playing incredibly aggressive and intense, no matter the opposition. This style led to some ridiculous scorelines, including a 7-0 thumping to Manchester City earlier this year.

In terms of style, Marsch also likes to play a high-intensity, man-marking press. However, after four games in charge, it’s obvious that Marsch understands that going gung-ho for 90 minutes is not a strategy that will keep Leeds in the Premier League.

After Marsch’s first game in charge, which saw Leeds fall 1-0 to Leicester despite a good performance, Marsch huddled with the players after the final whistle on the field and gave them a pep talk. To any American, this wasn’t anything out of the ordinary. However, to the British media, Marsch’s strategy of unifying a broken and dysfunctional team was just another reason to mock and stereotype.

With the postgame press conference being filled with ridiculous questions critiquing Marsch’s coaching tactics, it was clear Marsch was becoming a bit frustrated. However, instead of hitting back at the quite frankly childish questions, Marsch did his talking on the field.

In a massive game in the scope of the relegation battle, Leeds and Norwich were tied at 1-1 heading towards the 90th minute. This game was seen as a must-win for Leeds, and in the 94th minute, the relentless side from Yorkshire, led by their manager who was spurring them on from the touchline throughout the game, found a winner, sending Elland Road into raptures.

All of a sudden, the passionate and motivational nature of Marsch wasn’t something that could be used to belittle him, but rather define him, as a manager who could succeed in England’s top flight.

Following the triumph at home to Norwich, Leeds then faced an even bigger test in traveling to Wolves on Friday. Things got off to a poor start despite Leeds creating some chances, and the American found his team down 2-0 at half time. Marsch must have given a Ted Lasso-esque pep talk at the break, because after Wolves were reduced to 10 men due to a red card, Leeds scored two goals in as many minutes. They had fought back when it looked like all hope was lost, but they weren’t done yet. A corner in the 90th minute saw Luke Ayling finish off a goalmouth scramble and give Leeds their third goal and secure all three points.

In a matter of days, Marsch has changed the entire feeling around Leeds. From a team that was looking relegation in the face, to one motivated by their manager to fight for every minute of the game, Leeds are well and truly on the up.

At the end of the day, many in England will always have questions over Americans coaching in the Premier League, no matter how well Marsch gets on. But, Jesse Marsch and his capabilities as a manager could very well sway a passionate and dedicated fanbase like Leeds. A change of scenery this drastic when it comes to the manager may be a hard pill to swallow for the fans from Yorkshire, but it may be just the pill they need.

Leeds fans were once mesmerized by the obscure nature of Mareclo Bielsa, and the Ted Lasso-esque motivation provided by American Jesse Marsch may be just enough to keep them in the Premier League, and be the start of a new era at Elland Road.