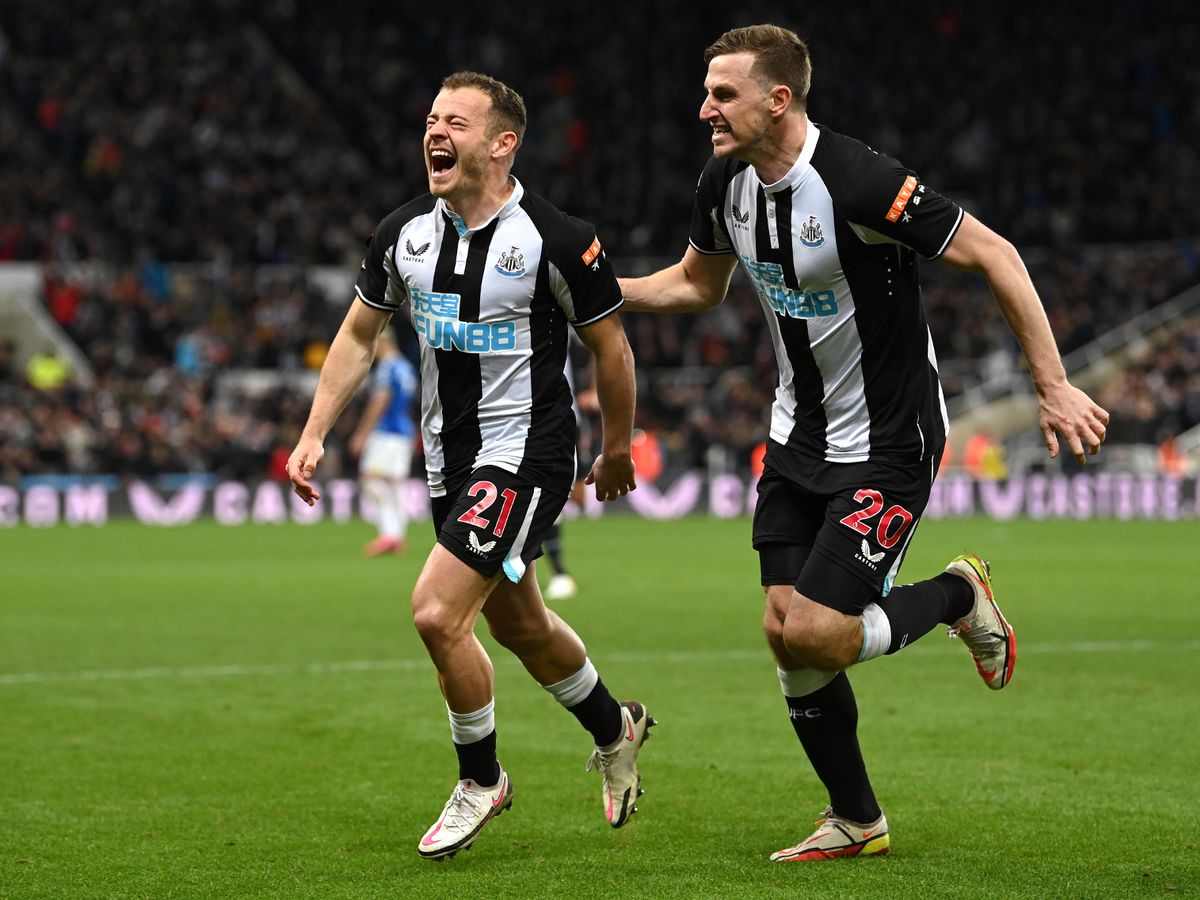 When Newcastle were taken over by Saudi billionaires this past fall, all eyes turned to the January transfer window. With a gargantuan bank balance behind them, but a team who on paper looked like they were bound to be relegated, investment in new players was crucial.

The Northeastern club started off the window in impressive style; acquiring England international defender Kieran Trippier from Atletico Madrid. The magpies proceeded to add Burnley striker Chris Wood, Aston Villa left back Matt Targett, Brighton center back Dan Burn, and the cherry on top, Bruno Guimares of Olympic Lyon in France. The first four of those five signings on paper seemed like realistic ones given Newcastle’s predicament. While they would have liked to break the bank for big names, what they really needed was Premier League proven players to keep them in the league. With Guimares on top of those four, he adds just the right amount of quality to be a useful asset in the relegation battle for the rest of the season.

With Tuesday’s matchup the first opportunity to see some of these new signings in action, it was fitting their opponent would be a club who also were very active in the January transfer window: Everton.

The appointment of Rafa Benitez went just about as bad as it could have for Everton this year. Sitting just four points above the relegation zone prior to Benitez’s sacking made for depressing viewing for Everton fans. With the club in turmoil and no manager at the helm, Everton appointed ex-Chelsea and Derby boss, Frank Lampard.

Lampard did decently well in his spell with Derby and his first season at Chelsea was definitely seen as a success at the time. However, the first half of Lampard’s second season at Chelsea saw the team massively underperform. Lampard was sacked in January 2021 and has been out of management ever since.

Lampard made an instant impact in the January transfer window as Deadline Day saw the Toffees sign Donny Van de Beek on loan from Manchester United until the end of the season, as well as Dele Alli on a permanent transfer from Tottenham Hotspur. Coming off a win in the FA Cup Fourth Round at the weekend, and with the potential of new signings playing a role in this matchup, Everton fans were optimistic about their trip to Tyneside.

Neither of Everton’s Deadline Day signings started against Newcastle. However, Dele was substituted on after an injury to Demarai Gray early on. As for Newcastle, Trippier, Targett, and Wood all started, with Burn and Guimares left on the bench.

The start of the match was cagey with neither team committing too many men forward, and being diligent at the back. Everton took the lead for a single minute when Jamal Lascelles put the ball in the back of his own net, but Newcastle responded immediately when Mason Holgate directed a Lascelles header into his own net, to level things up again heading into the break.

Newcastle came out of the blocks strong in the second half, stringing together numerous coherent attacks, which put a makeshift Everton defense under some pressure. The Magpies got their breakthrough in the 56th minute when Allan Saint-Maximin’s cross found Ryan Fraser, who was able to tap in from close range. Fraser has been a question mark all season for Newcastle. His effort and work rate have never been questioned, but since his brilliant season at Bournemouth a few years ago, his quality and final ball have been lacking. If tonight’s goal is the start of a run for the Scotsman, Newcastle’s attack could really level up.

Everton had their moments in the second half, but a resolute midfield and defense from Newcastle continued to stifle anything offensively for the Toffees. With the game winding down to its final 10 minutes, Newcastle’s first signing of the January transfer window made the exact impact expected of him to extend the Newcastle lead to 3-1. Trippier’s quality from set pieces is no secret, yet Everton goalie Jordan Pickford gave Trippier plenty of room to his left hand side to bend a free kick around the wall and past the England No. 1 to give Trippier his first goal for Newcastle.

The reaction from the home supporters told you all you needed to know about how significant that third goal was. Newcastle fans have been crying out for years for a bit of quality and tenacity from their players, and they got just that.

A comeback performance against a team around them in the league is definitely a welcomed sight, but Newcastle are nowhere near out of the woods just yet. As for Everton, Lampard needs to get this group playing, and quickly. The longer they linger in a relegation battle, the more likely a shock relegation could be on the cards.