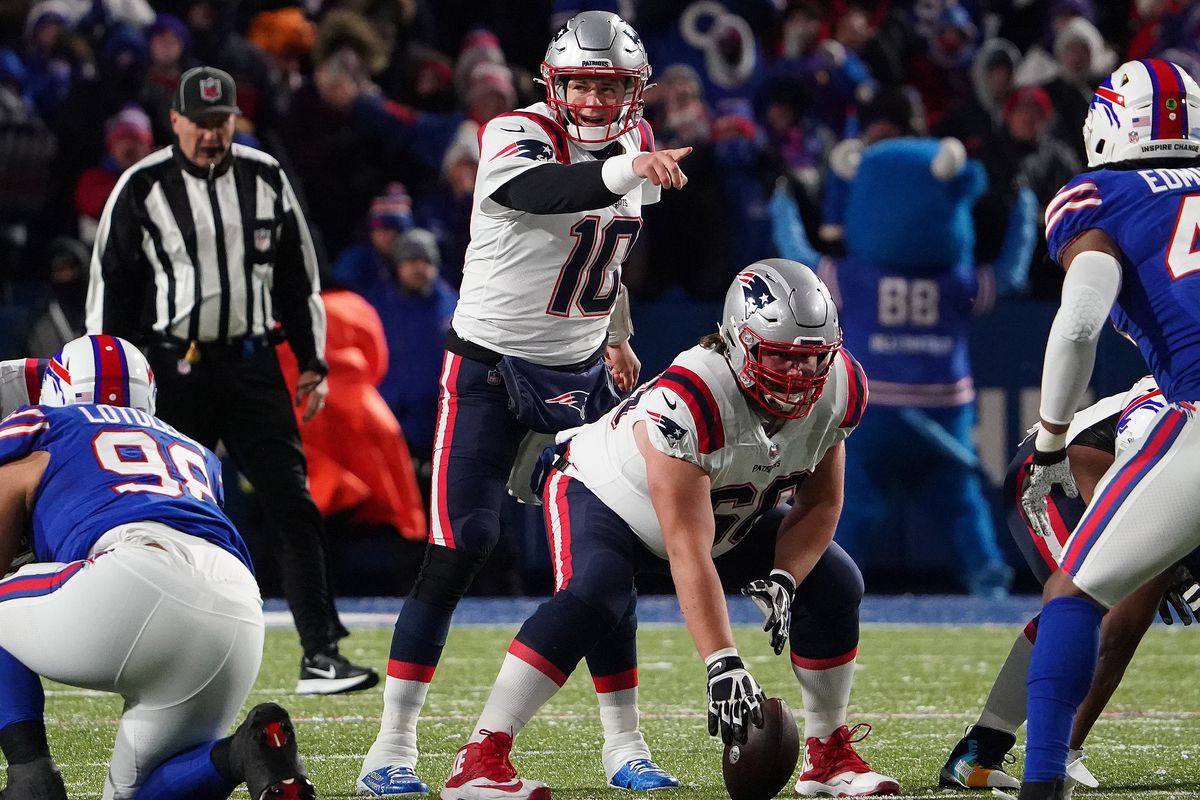 We have finally reached the first ever NFL weekend with six wild card games. The addition of the seventh playoff team in each conference has set us up for a glorious weekend of do-or-die football that even bleeds into Monday evening. Let’s break it all down and I’ll put my life on the line with game picks.

After a thrilling last second win to clinch a playoff berth for the first time since 2016, Derek Carr and the Las Vegas Raiders will have to fly to Cincinnati on a short week looking to beat arguably the best QB-WR combo in the league this season. Thus, I can’t see this going any way other than a Bengals win and we really start the argument surrounding Joe Burrow being a top 5 quarterback in the league going into year three.

Wanna talk about a drought? The Bengals haven’t won a playoff game since 1991. Over 30 years ago! That home crowd is going to be electric. As long as the Bengals offensive line can give Burrow the time to take the deep shots against a team that does a good job getting pressure with four, Burrow will chew up the Vegas secondary. I also don’t want to overlook a team winning the week before and it felt like their Super Bowl. The Vegas win over the Chargers felt like the end to a really great Raiders season which included overcoming two horrific off the field stories surrounding their head coach and star receiver.

I don’t think a lot of people thought the Patriots would be a bad team with a rookie quarterback, but a 10-7 record on Mac Jones is impressive and it pains me to say it. The image of the Monday night game between these two teams back in early December is in the front of my mind when I look at this matchup. The wind may not have the same effect as it did for that game, but the temperatures could be below zero at some points during the game.

The game plan for Buffalo should be simple: Make Mac Jones beat them. Jones attempted 3 passes in the 14-10 tornado game. The Bills knew the run was coming and they couldn’t stop it to save their lives. Stack the box and get Jones into long downs and distances where he has not looked great the last month of the season. The weather that will limit the Bills’ passing attack and the game plan from Bill Belichick still makes this game close in my eyes. The cold weather will make it tough for Josh Allen to throw it all over the place for 40 points. The Patriots defense will come up with a big turnover, but the inability of Jones to come from behind gives Buffalo the win.

Tom Brady and a 13-win team in the playoffs. Ho-hum. I think this Bucs team has lost too many pieces to win another Super Bowl, but getting past Jalen Hurts shouldn’t be a huge issue. The only way the Eagles will have a chance in the fourth quarter is if they do what they’ve done so well all year: run the ball. They were first in the league with nearly 160 yards on the ground per game. Hurts adds to that total without a doubt, but the Philadelphia offensive line is a top unit that gives their backs huge holes. All of that considered, the Buccaneers defense was a dominant force in last season’s playoffs and made Patrick Mahomes look awful in the Super Bowl. Early start, a little choppy because of the rain, Brady moves on.

Game of the weekend. It’s getting all the hype and it deserves it. Is this the last time we see Jimmy G in a Niners jersey? Very good chance it is if he falls short. This is the best Cowboys team in the Dak Prescott era and everyone is picking San Francisco. The rise of Deebo Samuel and the consistency of the Kyle Shanahan run game has made the Niners one of the most fun teams of the season. They have an offensive game plan that really no one has been able to totally figure out. I still need to ride this Dallas team for one more game. I’ve liked how they’ve managed the load of Ezekiel Elliot and the plethora of weapons is too scary to pick against in this spot. I hate the pick because of how much I’ve loved San Francisco this year, but I think CeeDee Lamb and Amari Cooper are too much and have themselves a day.

There’s a good chance we ran into an absolute snoozer with this night cap. Ben Roesthlisberger said himself they want to go in and have fun, citing that they don’t have a chance. The way the Steelers made the playoffs was truly remarkable. The Jaguars pull the upset against the Colts, they beat the Ravens in overtime, and somehow avoid a tie in Vegas. The Chiefs have been slowly building toward the postseason and want to show the world they are still the team to beat. Big Ben’s arm will lose the Steelers this game. Even a miracle from T.J. Watt won’t get the job done against this lethal Kansas City offense. Patrick Mahomes, Tyreek Hill, Travis Kelce. Enough said. Blowout.

You didn’t think I would pick all the favorites, did you? The Rams have shown me nothing but inconsistency. That’s hard to say for a 12-5, but it’s true. Eight turnovers in the last four games for Matthew Stafford is not going to improve in a high intensity win or go home environment. All we talk about with this team is all the star power they have. Yes, losing Robert Woods was a huge blow, but L.A. is relying heavily on DeSean Jackson to win games. He has played better than we all thought he would, but this entire experiment will all come crashing down on Monday night.

I’m really going to trust Stafford in the postseason as a favorite? No thank you. Give me a healthy James Connor for Arizona who has eighteen touchdowns this season. Yeah, don’t forget about that guy. Kyler killed the Rams in Sofi Stadium already this year and will beat the naysayers Monday night under the lights.