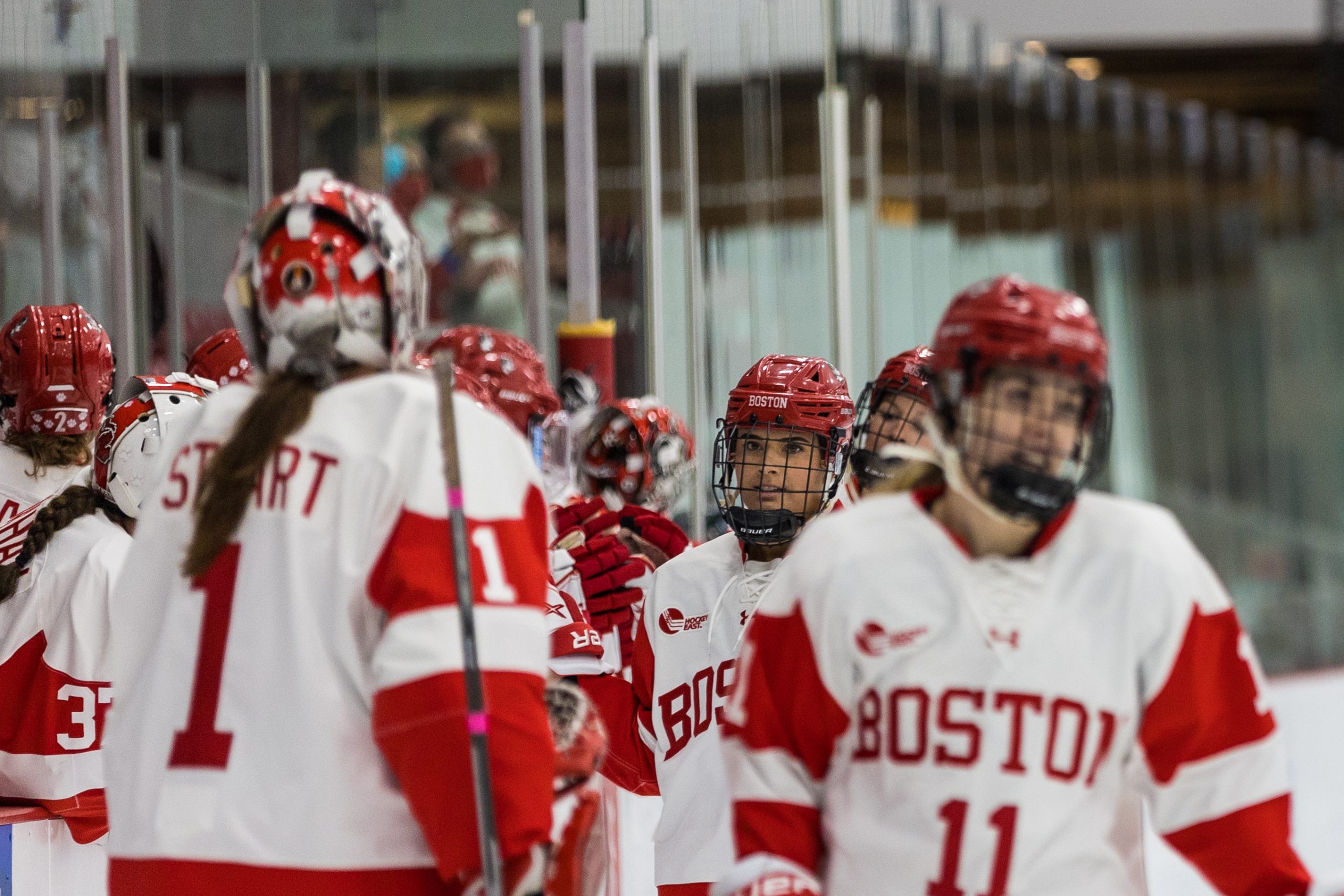 The Boston University Terriers (9-6-3, 8-4-3 HE) will return from the holiday break to take on the Syracuse University Orange (6-9-4, 5-3-0-1 CHA) for the first time in program history in the Battle at the ‘Burgh semifinals on Saturday at the UPMC Lemieux Sports Complex, the Pittsburgh Penguins’ practice facility, in Cranberry Township, Penn.

The Terriers, Orange and Huskies are yet to play at a neutral site so far this season. The Nittany Lions are 1-1-0 at neutral sites this season, losing to Ohio State in the championship game of the D1 in D.C. tournament after beating Minnesota-Duluth.

Looking at the Nittany Lions, senior forward Natalie Heising has 12 goals and 12 assists for 24 points in 18 games. Sophomore forward Kiara Zanon has 22 points (six goals, 16 assists) on the year, and junior forward Julie Gough has 11 points (seven goals, four assists). In goal, sophomore Josie Bothun has a .917 save percentage, a 1.88 GAA and four shutouts in addition to a 10-6-2 record, starting all 18 games for Penn State this season.

For St. Cloud, junior forward Taylor Lind leads the Huskies in scoring with 17 points (five goals, 12 assists) in 17 games this season. Senior forward Jenniina Nylund has seven goals and seven assists, and sophomore forward Emma Gentry (12 points) leads the team with nine goals. In net, sophomore Sanni Ahola is 4-8-0 with an .894 save percentage and a 3.76 GAA in 14 appearances. Graduate goaltender Emma Polusney holds a .910 save percentage and a 3.15 GAA in addition to a 2-3-1 record.

Puck drop for Saturday’s semifinal between BU and Syracuse is at 4 p.m. Penn State and St. Cloud State will square off at 7 p.m. Sunday’s championship game will be held at 3 p.m., while the consolation will be at 12 p.m.