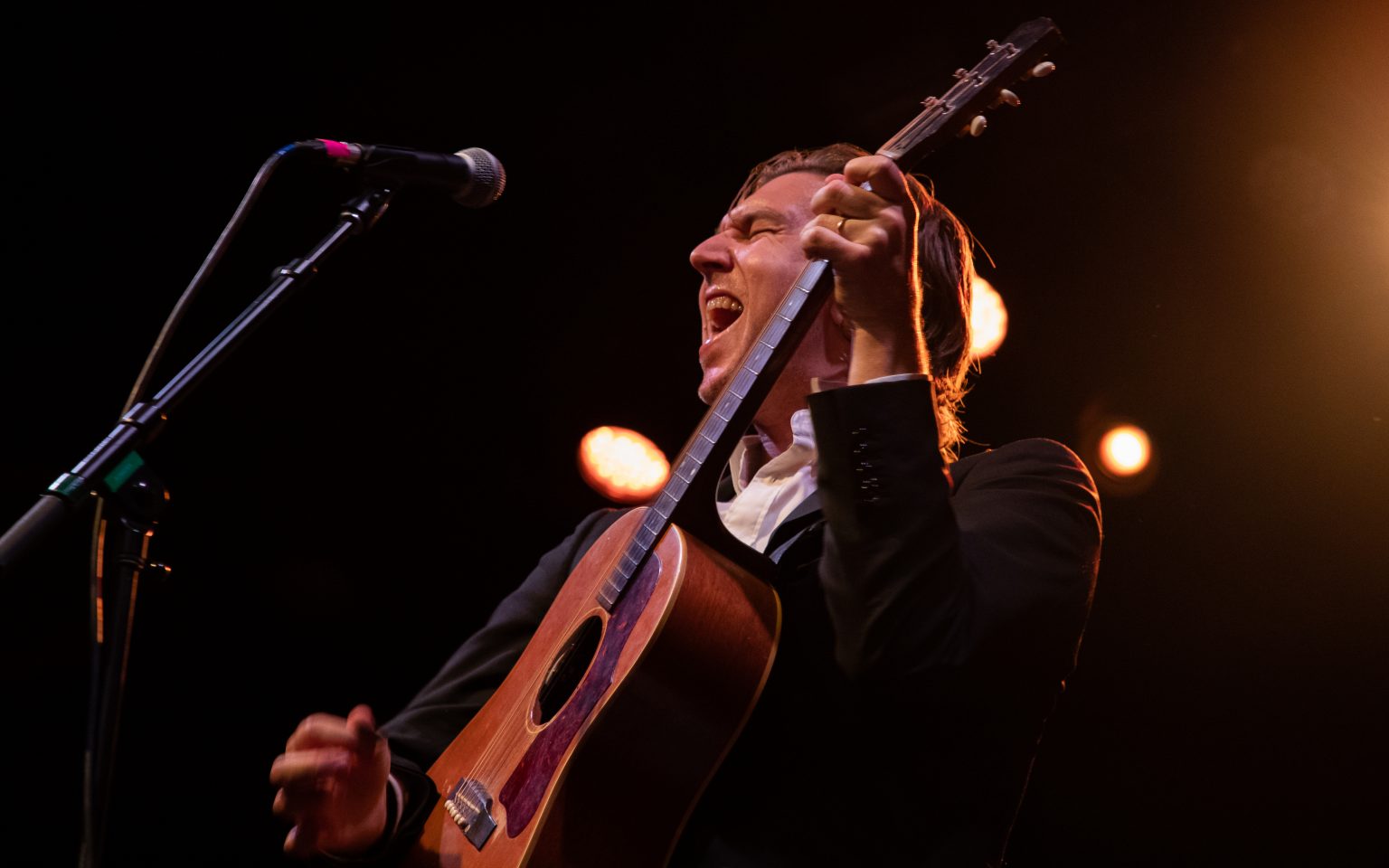 Starting off the show, Jess Williamson took over the stage and filled the venue with her beautiful, unique voice at exactly 6:30 PM. Her pleasant voice and calm stage presence lightly drew the Boston crowd closer. The LA-based artist warmed up the audience with a couple of her songs and had Katie Crutchfield join her for her last song before Kevin Morby’s performance.

Kevin Morby took over the stage at 7 PM with his set of beautiful, mixed-energy tunes. He started off with his song “Congratulations,” with his partner, Katie Crutchfield, joining him on stage. Through his fourteen-song setlist, Morby went from jumping around stage to emotionally sitting still on the stage floor. He got the crowd’s blood pumping during some songs and in their feels at other times. He ended his performance with his mysterious-sounding rock tune, “Harlem River.”

Hamilton Leithauser was last to appear on stage at exactly 8:10 PM. His performance began with “Rough Going (I Won’t Let Up)” and continued into thirteen of his other songs. Williamson and others often joined him on many of his songs.

Leithauser is one big storyteller. He had a lot to share with the crowd about his songs and life experiences. He genuinely tried to connect with the public, not only through his music but also through his stories.

Everything about this concert was perfect. The show was super organized. All the artists performed at their scheduled time. All of the artists were extremely connected to their fans and into their performances. They were genuinely grateful to be there and passionate about what they do.

It was nice to see so many talented artists on stage at once. The artists worked so well with each other on stage. They all share a similar music style, which allowed the show’s energy to flow beautifully throughout the whole night.

The ending of Leithauser’s performance was like a dream come true. All the artists came together to perform an encore of four songs. Friendship, happiness, and warmth filled the stage. Everyone was so happy to play music with one another. All of their voices blended together into a beautiful, musical work of art. This fall mixer was truly one of the best-composed concerts I have seen yet.