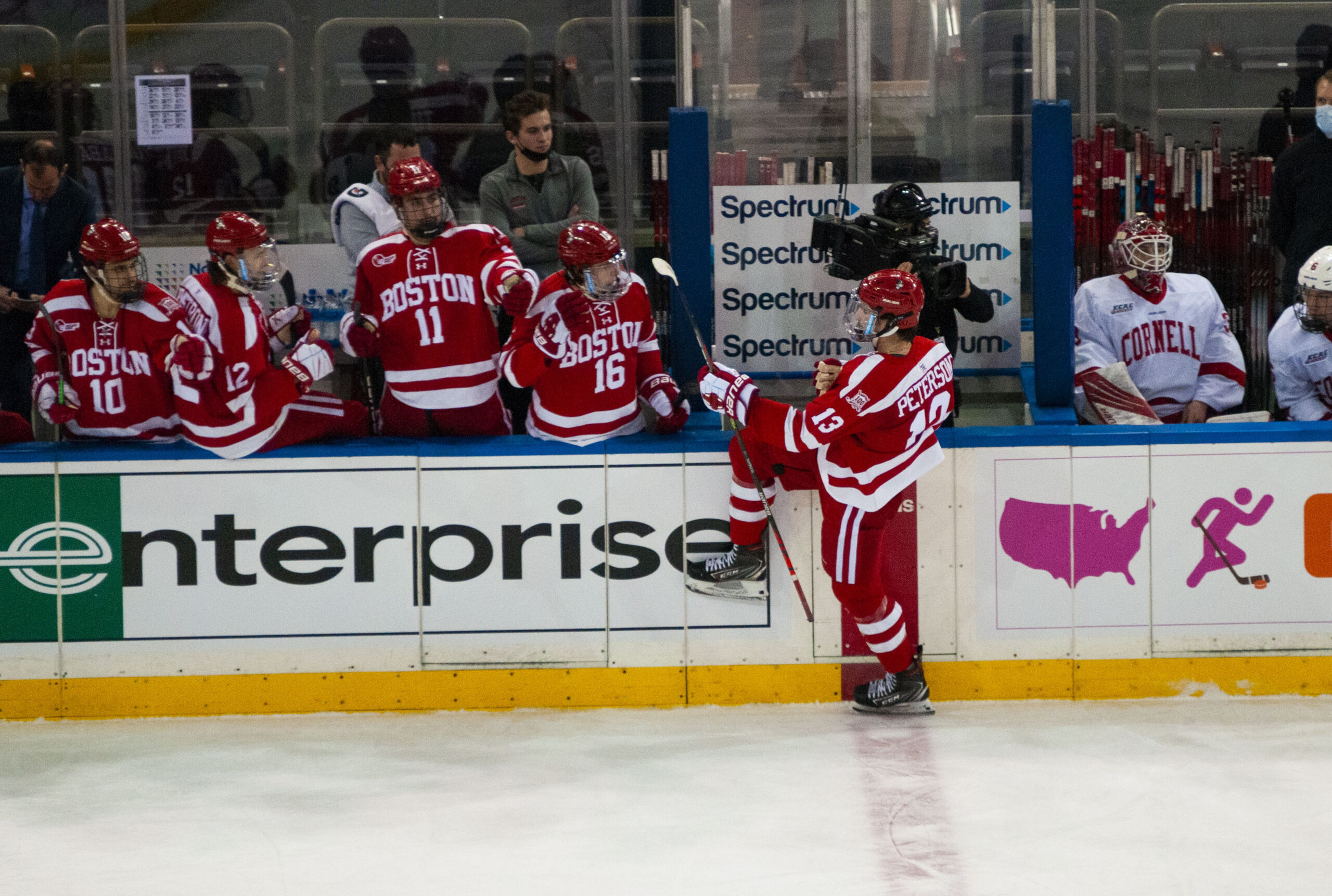 The Boston University Terriers (4-9-2, 3-5-2 HE) are running out of time to become true Hockey East contenders, but have an opportunity to make up some ground in a two-game weekend set against the University of New Hampshire Wildcats (7-7-1, 3-5-1 HE).

BU leads the series all-time 19-9-3, which includes eight straight regulation and overtime wins against the Durham-based squad. The last time the Wildcats defeated the Terriers was on Feb. 14, 2015 by a final of 4-3 at Whittemore Center.

“Playing a one game set at MSG was awesome, but it’s nice to get back into league play,” BU head coach Albie O’Connell said.

Despite the recent dominance, the Terriers will find it difficult to keep the streak alive due to their recent dip in form. BU hasn’t recorded a regulation win since Oct. 23 against Merrimack, which is largely due to major inconsistencies on both sides of the ice. For example, when the defensive portion of the Terriers’ game was on point against Northeastern, their scoring dried up, but when they were clicking offensively in a four-goal effort against Cornell at MSG this past weekend, they conceded six.

The Wildcats will be a tough task despite the 7-7-1 record, with this resilient squad coming into this game riding a three-game winning streak that includes wins against No. 8 UMass and No. 16 Harvard. Their losses have all come against reputable opponents and UNH (40) is also ranked higher than BU (43) in the most recent NCAA Men’s Hockey poll.

BU has been below average in many areas when it comes to Hockey East. They rank dead last in faceoff percentage, and also bottom three in goals allowed and penalty kill.

The Terriers are led in points by a trio of juniors, with Wilmer Skoog setting the pace with 12 points (5g, 7a) in 15 games. He’s followed by forward Robert Mastrosimone and defenseman Dom Fensore, each with 11 points. The Terriers’ leading goal scorer is sophomore Dylan Peterson, who was recently placed on the shortlist for the USA World Junior Championship roster.

He isn’t the only BU player that was named to Team USA, with fellow sophomore Drew Commesso also getting the nod along with three other goalies who will compete for three spots. The Norwell, MA native will hope to perform better on the world stage than he has in net for the  Terriers so far this season, posting a pedestrian 4-7-2 record with a sub .900 save percentage and a 3.11 goals against average. It’s been proven that Commesso has the ability to be one of NCAA’s best goalies, but consistency has been a struggle for him as well as the rest of the BU roster.

“I think he’s their guy,” O’Connell said of Commesso’s chances to make the final roster. “I don’t think there’s another guy that can potentially play at his caliber… The key for him is just to play loose.”

Lining up against the Terriers, the UNH Wildcats rely heavily on veteran leadership. Three of their top four point scorers are seniors, with assistant captain Jackson Pierson pacing the team in goals and points (6-3-9) in 15 games. The UNH attack is balanced, with nine players within two points of each other. While UNH’s powerplay is very weak at 13.9 percent, their penalty kill is elite, hovering at around 91 percent.

Here are my keys to victory for the Terriers, all opinions are my own.

First, score early and often. BU is a perfect 3-0-0 when leading after the first, but they must be able to play a complete 60 minutes because UNH is undefeated (6-0-0) in one goal games on the season.

Next, improve physicality in the face-off circle. The Terriers are one of NCAA’s worst face-off teams at only 45.3 percent. In recent games, many of the chances that BU have given up have come directly from the face-off, so in order to keep their opponents shots total low, the Terriers have to find an answer in the face-off department.

Lastly, play a disciplined road game. The Terriers are one of the more frequently penalized teams in Hockey East at around 15 PIM per game. That doesn’t bode well for success in any game, but especially on the road where the home crowd and team can get energized over something as simple as a penalty. UNH will be difficult to beat at the Whittemore Center, going 6-2-1 at home, only allowing 2-plus goals twice.

The first of the home and home is at Agganis Arena on Friday at 7:30 p.m., with Will Hanley and James Garrison on the call. The Terriers will then travel to Durham, N.H., for a 7 p.m. showdown at the aforementioned Whittemore Center, with the Terriers looking to collect a maximum of six points from the weekend.