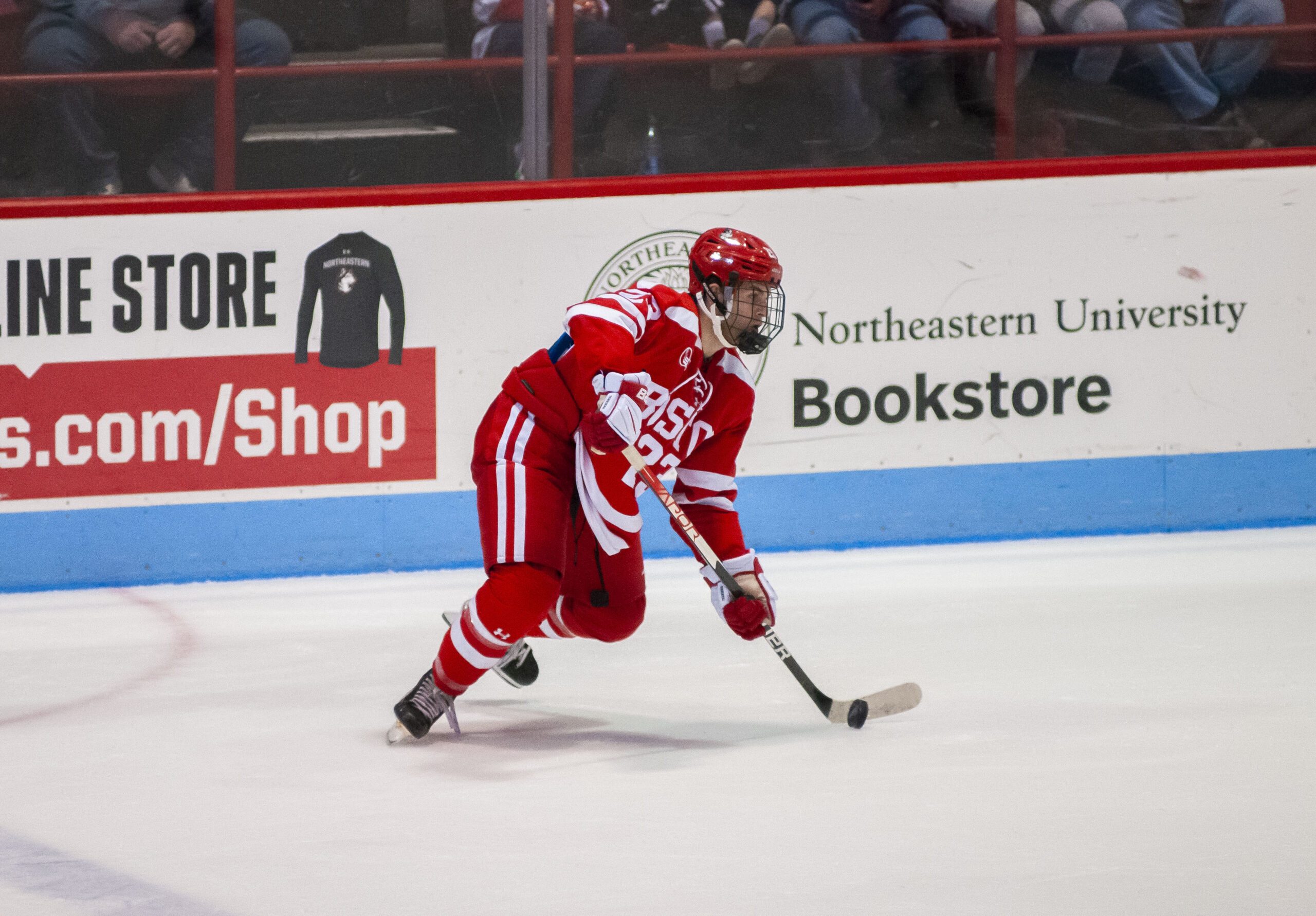 BU head coach Albie O’Connell expects his group to be well-prepared for the bright lights at the world’s most famous arena.

“It’s a great opportunity for our guys and the fans,” O’Connell said. “That sort of venue, that game, and that stage – the guys will be ready to go for that, for sure.”

The Terriers are coming off a winless weekend against Northeastern University, falling to the Huskies in overtime on Friday before tying and losing in a shootout on Saturday. BU has gone to overtime in four straight games, going 1-1-2 in that stretch.

Meanwhile, the Big Red have won five in a row, most recently beating Brown and Yale this past weekend. Cornell lost to Harvard 3-2 on Nov. 5 in their only game against a ranked opponent so far this season.

For BU, junior forwards Wilmer Skoog and Robert Mastrosimone have led the way offensively with 11 points (five goals, six assists) each in 14 games. Junior defenseman Dom Fensore leads the team with eight assists (10 points in 14 games), and sophomore forward Dylan Peterson (nine points in 13 games) is tied with Skoog and Mastrosimone for the team lead in goals (five).

After only playing teams within Hockey East due to the pandemic last year, O’Connell welcomes the return of showdowns with non-conference foes.

“It’s great,” O’Connell said. “Playing other teams outside your conference, especially when you get to play maybe even Northern Michigan a couple of weeks ago. That that environment was dynamite for both games. It definitely helped our team in a game like this [Saturday] where the there was kind of a hostile crowd. Those are [games] that we’re going to have to continue to be able to play as we progress.

“We’ll head down to New York on Friday, and try to beat the Big Red [Saturday].”

The trip to New York City also offers O’Connell and the Terriers some opportunities beyond Saturday’s contest.

“We do Hockey in Harlem, so we get some community service the day of the game,” O’Connell said. “I’ve got a couple events myself with some special alums, former players and some donors, so it should be a really good overall trip for the program, the team and their families.”

Puck drop on Saturday is scheduled for 8 p.m. Daniel Multz and Seth Helman will have the call via Mixlr for WTBU. Joe Pohoryles will have live coverage of the game on Twitter, and Patrick Donnelly will be capturing photos.