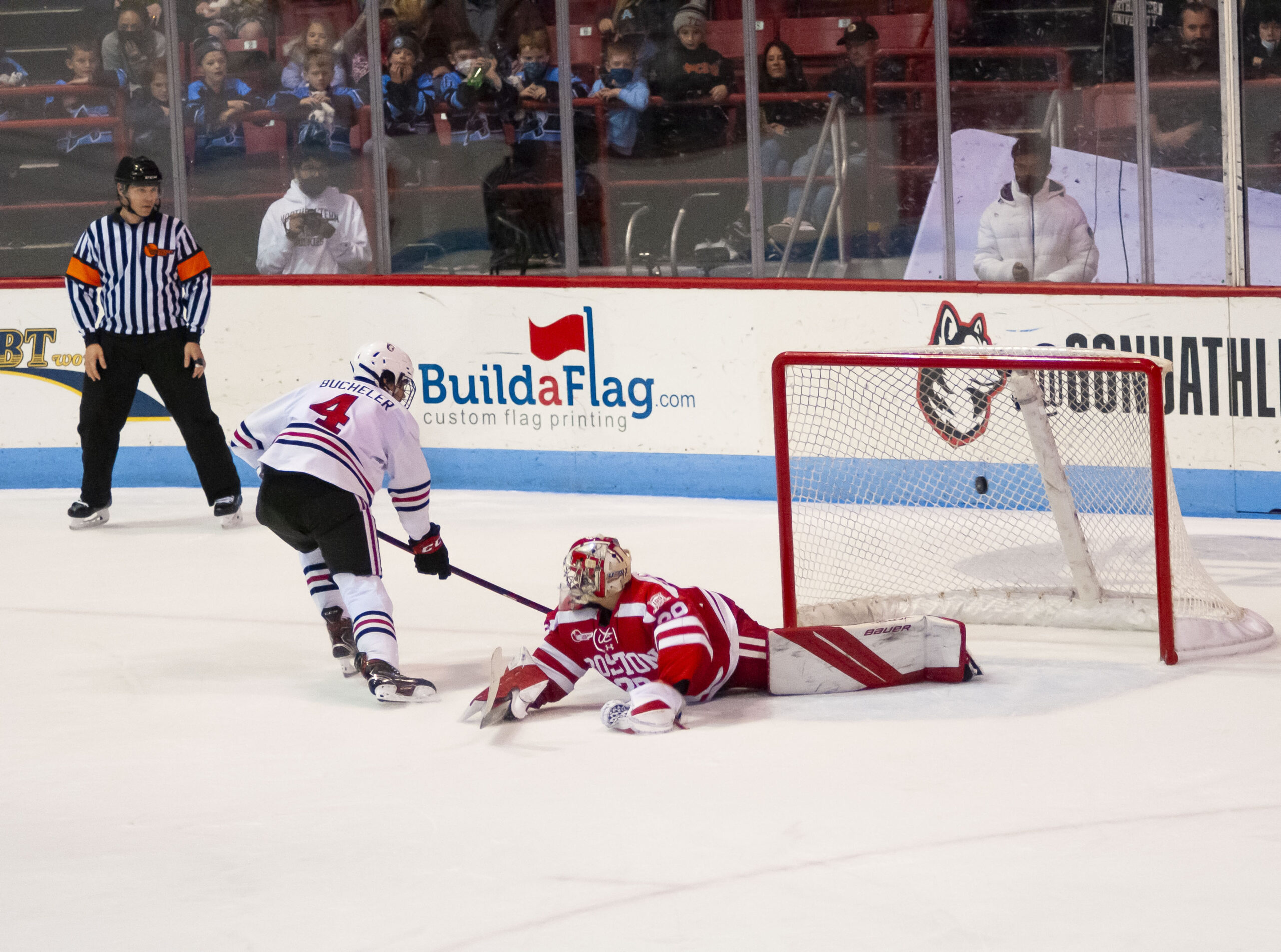 Jay O’Brien and Dylan Peterson each scored, and the Boston University Terriers (4-8-2, 3-5-2 HE) tied the Northeastern University Huskies (9-4-1, 5-3-1 HE) 2-2 at Matthews Arena on Saturday. Freshman forward Jack Hughes scored in the eighth round of the shootout to give Northeastern the extra point.

“It was a hell of a crowd and it was a hell of a game,” BU head coach Albie O’Connell said. “I thought [Northeastern] played a lot better tonight than last night… We played well enough to win… [I’m] happy with our club and the way we played all weekend.”

“I thought it was a great college hockey game. I thought both teams played really well tonight,” Northeastern head coach Jerry Keefe said. “It was a fun atmosphere… We wanted that extra point, and we found a way to get the extra point. That was big.”

McDonough opened the scoring at 13:40 with a shot from the left face-off dot to make it 1-0 Northeastern.

BU responded 1:03 later during 4-on-4 play as O’Brien cashed in on a rebound from Fensore’s shot.

Peterson gave BU a 2-1 lead on the power play at 15:50 of the second as his cross-crease pass attempt banked off a Northeastern skate and in. Peterson missed Friday’s 1-0 overtime loss to the Huskies with injury.

“It was nice to see [Peterson] back in the lineup,” O’Connell said. “Obviously he was a factor on the scoresheet and on the ice.”

McDonough pulled the Huskies even early in the third period on the power play at 3:09, beating Commesso from the high slot after the puck broke loose from the scramble in front.

Junior defenseman Jeremie Bucheler scored first in the shootout for Northeastern, but O’Brien scored for BU to extend the game.

Hughes patiently swooped in on a serpentine route before deking and slipping the puck through Commesso’s five hole. The officials ruled it a goal on the ice and confirmed it via replay, despite some confusion in making the initial call.

“I kind of had that move in my mind right when we went to a shootout,” Hughes said. “I was just kind of waiting, and hoping my name would get called. If I was going, I was doing that move.

“I thought [Commesso] saved it… I just kind of heard the crowd and assumed they had a good view of it from [the balcony].”

BU will return to action next Saturday against Cornell in Red Hot Hockey at Madison Square Garden. Puck drop is at 8 p.m.