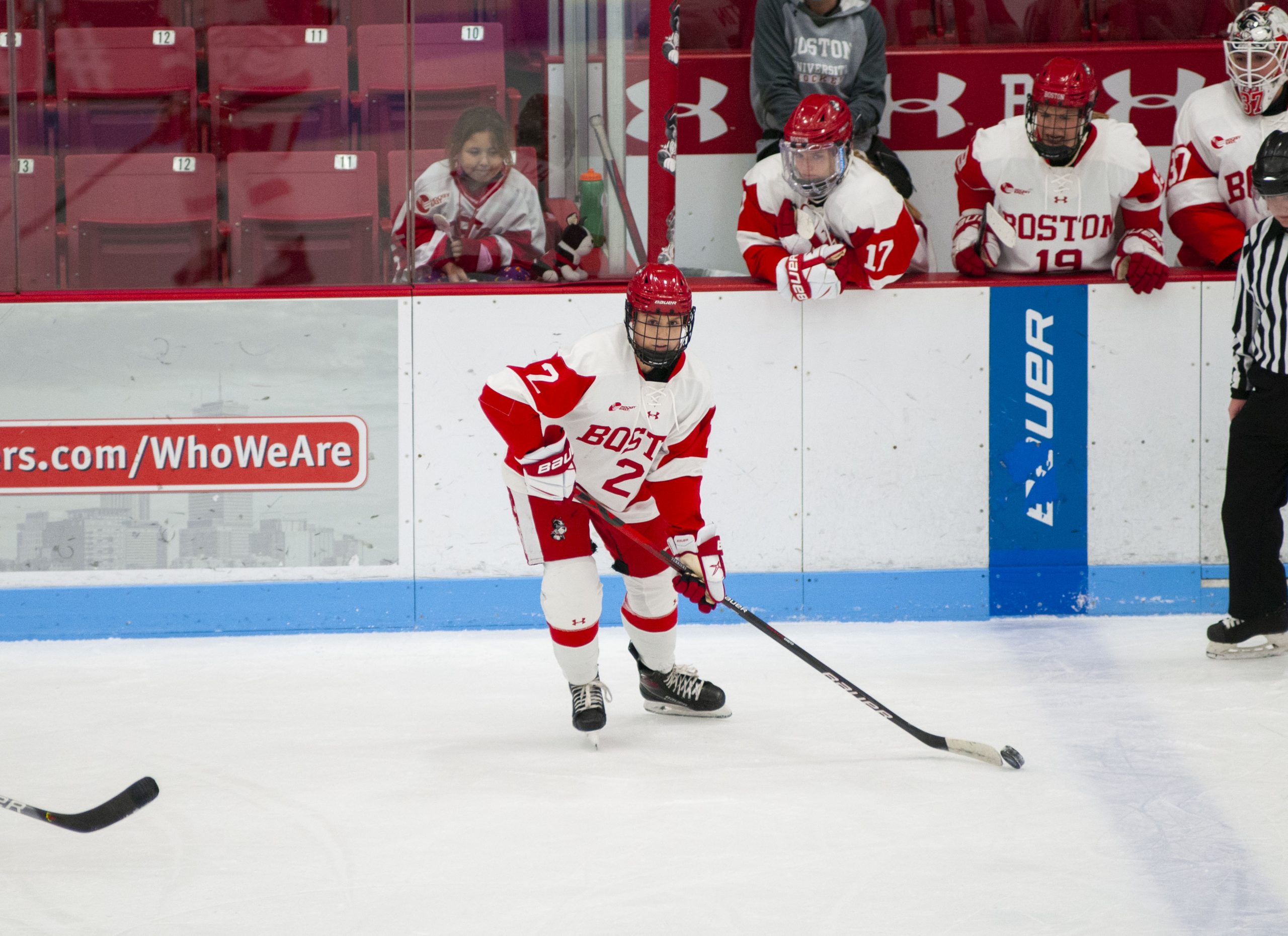 The first period was largely uneventful until the halfway point when Maine junior defeneder Nicole Pateman beat Terrier senior goalie Kate Stuart on her glove side with a redirected shot off of a slap shot by Courtney Colarullo. Ali Beltz picked up the secondary assist.

At 17:44 into the first, Black Bears’ Olivia King took the lone penalty of the period for boarding, and while BU didn’t produce on this opportunity, they scored just seconds afterward as Emma Wuthrich capitalized with only 12 seconds left in the period. Her goal, much like Pateman’s, was also a redirection and came off a shot from Ellie Larson. Tamara Giaquinto picked up an assist on the goal as well.

While the first period ended with the score at 1-1, BU outplayed Maine for the majority of the first 20 minutes. The shots on goal were 10-4 in favor of BU as well as the face-offs, which were 10-8.

The second period started almost immediately with a Maine goal, occurring just 49 seconds into the period. Maine’s Taylor Leech scored an excellent goal that soared right over Stuart’s left shoulder to put Maine back on top. Rahel Enzler assisted the game-changing goal, and from this point on, the Black Bears dominated the second period.

At exactly the 10-minute mark, Maine scored again, thanks to freshman defender Bailey Oakes and assisted by Ida Kuoppala as well as Pateman.

Maine continued to tack to stay hot in the period as Colarullo scored off a rebound 15:51 seconds into the period.

Terriers forward Clare O’Leary went to the box for checking with just over three minutes left in the period, but BU managed to kill off the penalty and prevent further damage.

The beginning of the third started much like the first 10 minutes of the game, with little action, but with 13:16 remaining, Maine’s leading scorer Kuoppala scored with a backhanded shot to net the fifth and final goal of the game.

The Black Bears scored four unanswered goals in what to many was an unexpected win for Maine.

The Terriers will play one more time this weekend in a Sunday contest against rival school Boston College at 3 p.m. at Walter Brown Arena.