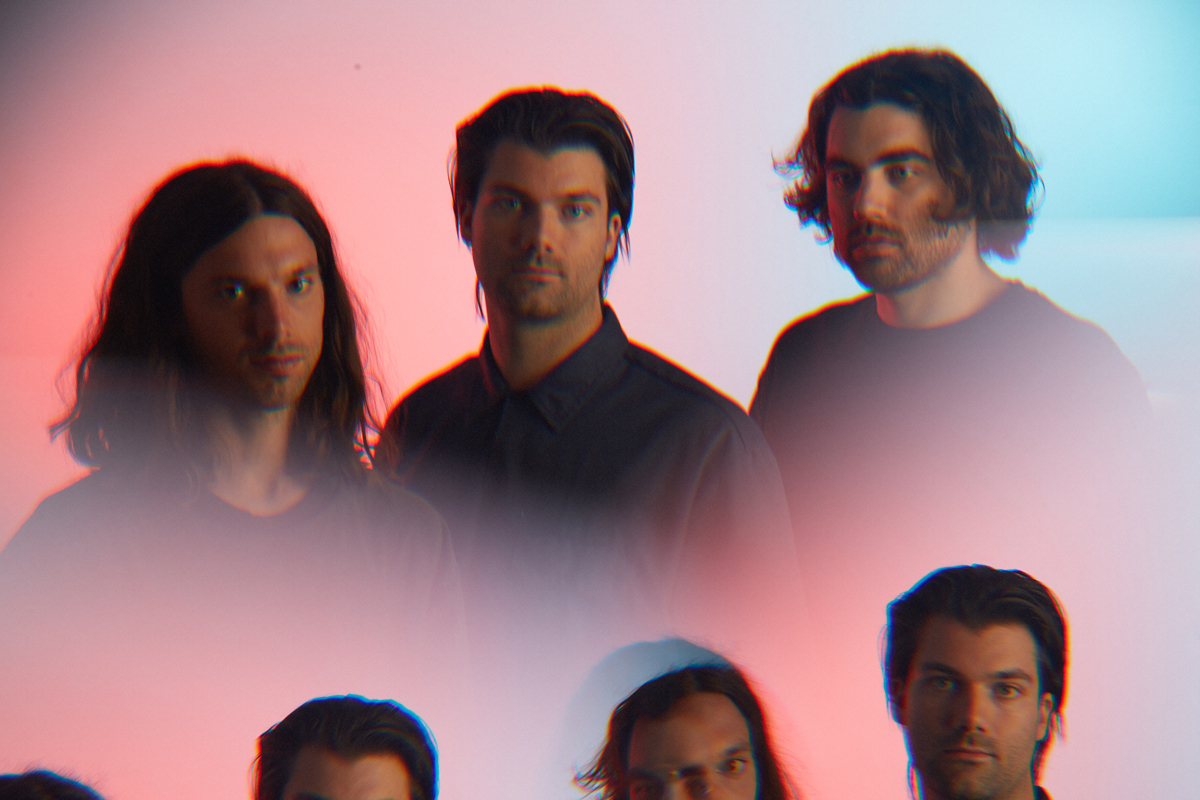 On Sunday, November 7th, Paradise Rock Club held Turnover’s last show of their 2021 tour with Temple of Angels and Widowspeak. The line for this concert was unbelievably long, wrapping around the whole concert venue, but well worth the wait.

The three-part concert was an exciting mix of energy. Starting off the show was the five-piece rock band from Austin, Texas, Temple of Angels. Temple of Angels’ energy was intense, and the lead singer, Bre Morell, was much to credit for that. Her powerful vocals shook up the whole crowd and probably most of Boston too. Morell’s strong vocals combined with the band’s energetic post-punk sound are a sound of success that will achieve greater recognition soon. Give it a couple of months, and they will be touring for their own shows.

Widowspeak quickly took to the stage, following Temple of Angels. Widowspeak is one of those bands that you could listen to for hours and never get sick of. Molly Hamilton’s voice is so pure and comforting. Her voice and vibe are similar to Hope Sandoval’s from Mazzy Star and Julia Stone’s from Angus & Julia Stone. Widowspeak’s guitarist, Robert Earl Thomas, also celebrated his birthday on stage. It was a special moment for him to share his birthday excitement with the crowd. Widowspeak’s engaging groove paired with soothing vocals allows their music to stand out from other bands. Their performance was truly comforting and got the crowd relaxed for Turnover to hop on.

The last and leading performance of the night was by Turnover. Austin Getz, the lead vocalist, and the rest of the band calmly took the stage and performed. Turnover delighted the crowd with their top hits “Dizzy on the Comedown” and “Super Natural” and their other indie rock tunes from their four successful albums. Turnover is one of those bands that if you enjoy their overall sound, you don’t need to know all the songs on their setlist to have a great time. In other words, you should know all their songs, but their specific vibe that persists throughout their music allows you to vibe to any song they have. A strange moment that occurred during their performance was that the crowd attempted to mosh during one of their mellow songs. The audience definitely had some built-up excitement from seeing Turnover live that they wanted to share. Overall, Turnover put on a fantastic show for the Boston crowd that night.

Turnover could have been more passionate about their performance. It could be that their music is more mellow, but Austin Getz was giving mixed vibes about wanting to perform that night. He barely smiled and lacked energy on stage. When the crowd shouted for an encore, the band quickly disappeared from the stage as if an apocalypse was chasing after them. The connection between them and the crowd was dull. They were barely trying to connect with their fans.