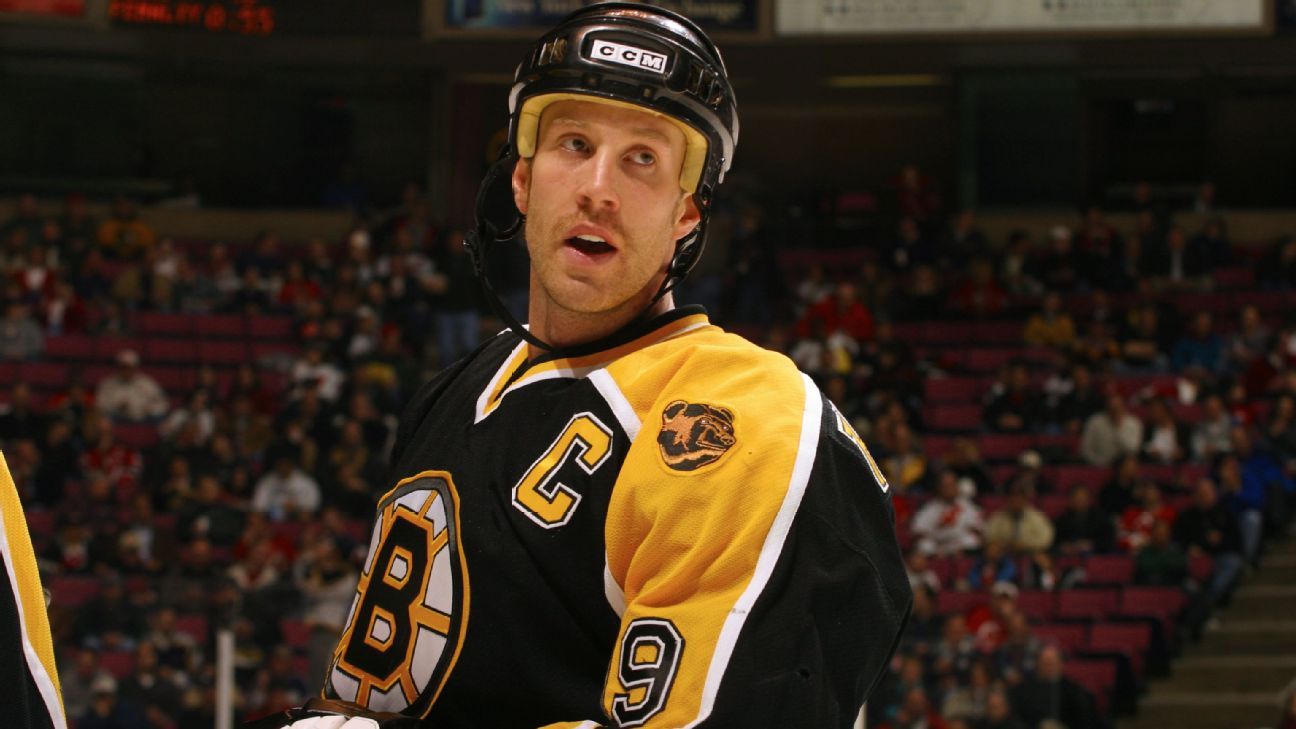 Thornton, who was on a 117-point pace, continued his dominance in San Jose, finishing with 29 goals, 96 assists and 125 points, the latter two being career-highs. Meanwhile, Boston’s three new role players failed to even come close to matching Thornton’s production.

But what if the Bruins never traded Thornton?

It’s Nov. 29, 2005. The Bruins are tied 2-2 with the New Jersey Devils in the waning moments of regulation after previously leading 2-0. Boston is in the midst of a two-game skid with just one win in their last seven contests.

With 32 seconds left in the third period, Thornton lines up for a critical defensive zone face-off. He wins it, and the Bruins are content to bleed out the clock and take their chances in overtime. In the extra frame, Boston’s rising starlet, 20-year-old Patrice Bergeron, scores the game-winning goal on a breakaway after a nice stretch pass by Thornton, calming fan and front office frustration for the time being.

Thornton had done his best to carry the Bruins to this point in the season, recording nine goals and 25 assists for 34 points. But Boston was still last place in the division, on track to finish 28th in the league.

Whether because of injuries or insufficient depth, the Bruins continue to stagnate, try as Thornton might. At the trade deadline O’Connell sold off aging veterans Glen Murray and Brian Leetch for picks. Thornton still produced, finishing with 110 points, but it was no use as Boston finished 24th place in the league, holding the seventh overall pick in the upcoming draft.

O’Connell and Sullivan were shown the door, following the season. The team had only made the playoffs in three of five seasons under O’Connell, and failed to make it past the first round when it did.

With Gorton promoted from assistant general manager, the Bruins made a splash during the first round of the draft. The team had scoring in the forward group between Thornton, Bergeron, Sergei Samsonov and Brad Boyes. The defense needed improvement, but the first round was forward-heavy, save for the top North American skater, defenseman Erik Johnson out of the University of Minnesota.

Gorton sent the seventh pick, a second rounder (37th overall), a 2007 fourth rounder and promising prospect, forward David Krejci, the 36th pick in 2004, to St. Louis in exchange for the first selection. He was lauded for landing Boston its next great defenseman after selecting Johnson.

In free agency, Boston targeted defense again, confident their goaltending tandem of Raycroft and Hannu Toivanen could bounce back with better structure in front of them. The Bruins ha just enough cap space to land one of the bigger free agents, both in size and impact on the ice, Zdeno Chara. However, the former Ottawa Senators defenseman signed with Peter Chiarelli and the St. Louis Blues, joining the former Sens assistant general manager.

After whiffing on the prize of the class, Boston opted to add quality depth, signing defensemen Willie Mitchell and Aaron Ward, and forwards Petr Sykora and Mike Grier.

With a young core continuing to develop and a bolstered supporting cast, the Bruins improved under Gorton and head coach Scott Gordon, promoted from Providence of the American Hockey League after four straight postseason appearances.

Thornton posted another stellar season in 2006-07, recording 40 goals and 81 assists for 121 points, a career-high that led the entire league. Although Johnson had expected growing pains, his potential was evident.

Boston snuck into the playoffs as the eighth seed in the conference with a 42-33-7 record, the club’s highest win total since 2001-02. Although Boston lost in six games to the league-best Buffalo Sabres, Thornton produced, unlike in the 2005 upset to the Montreal Canadiens, and Gorton’s vision was clear to fans and ownership.

The following season in 2007-08, Thornton’s production dipped slightly to 101 points but the Bruins were unfazed, finishing second place in the division at 45-29-8, thanks to a breakout 40-point season from Johnson.

But Boston fell short again, blowing a 3-1 series lead and losing in seven games to Alex Ovechkin and the Washington Capitals.

Frustrated by another early playoff exit and with his contract expiring, Thornton became a free agent, signing with the Anaheim Ducks and general manager Brian Burke, who tried to pry Thornton from Boston in 2005.

Boston failed to compensate for the departure of Thornton’s production, and missed the playoffs altogether in 2009. Meanwhile, after acquiring his white whale, Burke’s Ducks won their second Stanley Cup in three years as Thornton finally realized his elusive dream.