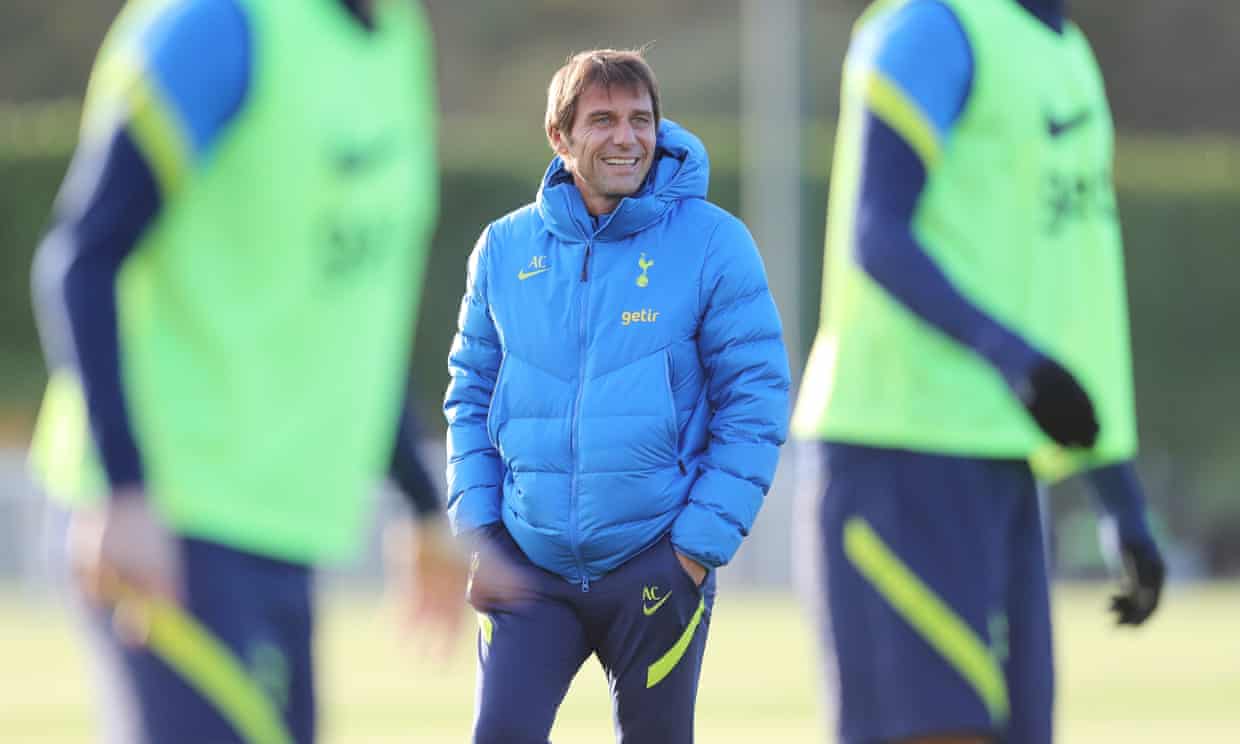 When Tottenham Hotspur lost to Manchester United 3-0 last weekend, the matchup was dubbed “El Sackico” prior to the match. A play on words of the rivalry between Barcelona and Real Madrid known as El Clasico, insinuated that the losing team’s manager of was potentially facing the sack.

United themselves had been struggling mightily and Tottenham under Nuno Espirito Santo had been depressing to watch in all honesty. So, United won convincingly at Tottenham Hotspur Stadium and fans across North London were begging for Nuno to be sacked. And much to the surprise of them actually, he was.

CEO of Tottenham Daniel Levy is not known for being the most forward thinking of men. Many expected Levy to stick with Nuno for at least a little bit longer, as 10 games really was not a large sample size. But, nonetheless, Levy made his decision to let the former Wolves coach go just 10 games into the Premier League Season. With a vacancy now at a top job in the Premier League, the question was now, who would replace him?

The saga of Tottenham’s search for a manager over the summer was comical to be quite frank. It seemed like they had deals agreed with five or six guys before they all broke down. Eventually, they were left with Nuno Espirito Santo who had recently been sacked from his post as Wolves manager after an impressive 4 year run. It was obvious from the start that Nuno was not Levy or Tottenham’s top choice for the job. In fact, after the quick decision to let him go, Nuno’s stint at Spurs can very well be considered a glorified interim job. Spurs’ main target over the summer was former Inter Milan coach Antonio Conte.

If you read last weeks’ column, you would know that Conte was heavily linked with the Manchester United job should their manager have been sacked. Without knowing it, the Spurs v United game this past weekend well and truly was: loser gets Conte. Somehow, Manchester United are still employing Ole Gunnar Solskjaer, and in beating Spurs 3-0 at the weekend, they have handed Tottenham a world class manager.

I mean it is truly comical. United fans know that Ole has no future at the club; he is out of his depth. Tottenham had been in a similar situation with Nuno just days ago, but after a ridiculous turn of events, Antonio Conte, who seemed destined for the United job, is now the head coach at Tottenham.

If you could define “doing a 180” in terms of direction of a season and football club, going from Nuno Espirito Santo to Antonio Conte would just about do it. Conte is simply world class. He has won everywhere he has ever been and has a track record of building up underperforming teams (cough cough, Spurs). So, the rollercoaster of “El Sackico” has come to an end and United look like they are sticking with Ole, while Spurs are now under the tutelage of the Italian mastermind of Conte. What should we expect?

In terms of style of play, expect Spurs to adopt Conte’s iconic three at the back formation which has worked so successfully throughout his career. Spurs do have the players that can suit his system, but no doubt Daniel Levy and sporting director Fabio Paratici will have promised Conte money to spend in the transfer window. A central defender and possibly a holding midfielder will be on the Italian’s shopping list.

What is arguably more important than the style of play that Conte brings, and in addition to his tactical nous, is the mentality and work rate Conte demands of his players. Under Nuno, Spurs were second bottom of the league in km run per game. There was a lack of energy as well as creativity. Conte will sort that out in no time, believe you me. In an interview with Thierry Henry a few years ago, when posed with the question of what would happen to a player who does not put in the work Conte requires, he said “I would prefer to kill them.”

Yes, his sarcasm may not have been picked up through his Italian accent, but the message rings true nonetheless. There will be no passengers in this Spurs team if they want to play a key role under Conte, they will have to work harder than they ever have before.

The X factor amongst all of this newfound hope for Spurs fans is one man, Harry Kane. Kane made it very clear this summer that he favored a move to Manchester City, and that Daniel Levy was preventing him from making that move despite a previously agreed “gentlemen’s agreement.” It has been no surprise that Kane has been a shell of his former self so far this season. With just 1 goal in 8 Premier League appearances under Nuno, it was obvious his head has not been in it.

However, while there seemed to be no solution to fix Kane’s form as well as attitude just a few days ago, there appears to be one now. When Conte was linked over the summer with the Spurs job, I said to myself, there is practically nothing that can change Kane’s mind about leaving Tottenham , but boy, bringing in Antonio Conte might just do it. Everywhere Conte goes he gets the best out of his strikers. At Chelsea, Diego Costa was an animal, at Inter he turned an out of form Romelu Lukaku into a top 3 striker in the world. If Conte’s track record of getting the best out of center forwards does not get Kane out of his slump, then nothing will.

It really has been a crazy turn of events over the last few days. Hopelessness was very much the mood of Tottenham fans, with no clear sight of how they would have a successful season. Manchester United seemingly handed them a gift by thrashing them 3-0 at home. Spurs now can dream again. Antonio Conte is simply the answer to all of their problems. He will revitalize them, inspire them, and potentially galvanize them. Spurs could end their duck of no silverware under this man, and it would be more surprising if Conte left North London without silverware, than with a few trophies. Keep an eye on Spurs, they might just make some noise.